The nationalist stalwart has been the party's leader in the House of Commons since 2017. 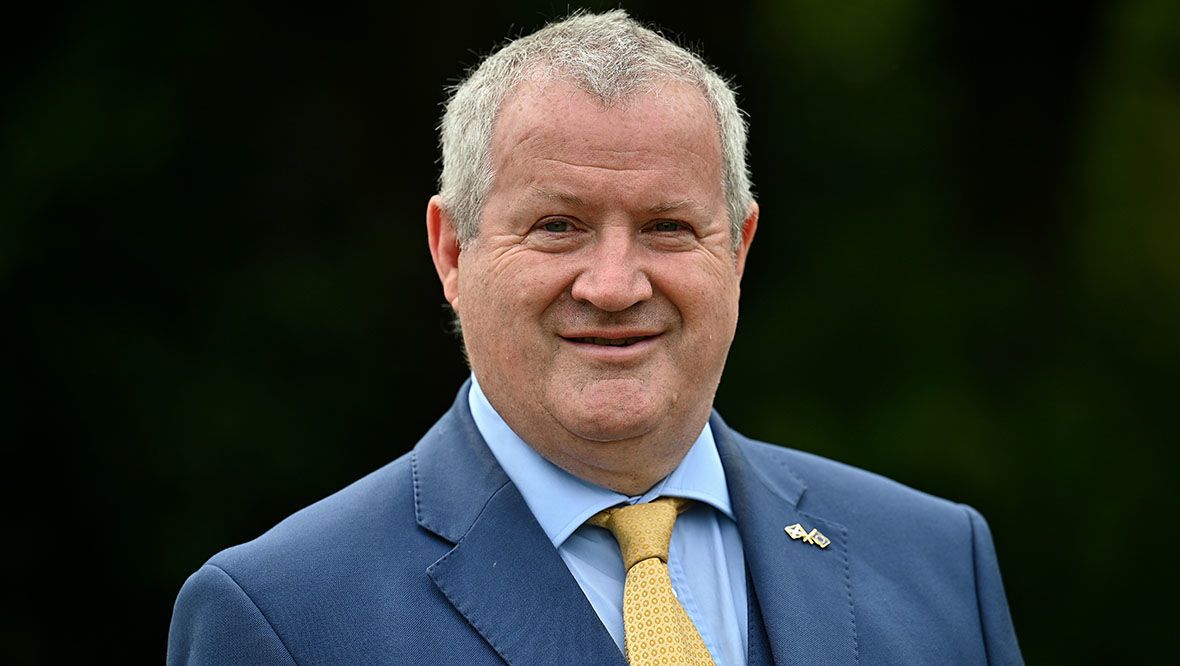 SNP Westminster leader Ian Blackford has announced he is standing down.

The MP for Ross, Skye and Lochaber will continue to represent his constituents but has stepped aside as the party’s senior figure in the House of Commons.

He said he would be taking on a new role at “the centre of the SNP’s independence campaign”, leading on “business engagement”.

Blackford said it was the right time for “fresh leadership” at Westminster ahead of a general election that the SNP seeks to frame as a de facto referendum on Scottish independence.

The SNP’s annual general meeting is being held on Tuesday. Stephen Flynn, the party’s energy spokesperson, is expected to succeed Blackford.

Blackford took on the role in 2017 after his predecessor Angus Robertson lost his Moray seat to Douglas Ross of the Scottish Conservatives.

READ MORE: Blackford: ‘I absolutely have respect and support of SNP colleagues’

As leader of the third largest party in Parliament, Blackford has had a weekly slot at Prime Minister’s Questions which he has used to quiz Conservative prime ministers Theresa May, Boris Johnson, Liz Truss, and Rishi Sunak.

One of his most memorable appearances saw him ejected from the Commons after refusing to take his seat in 2018.

Blackford’s announcement comes just weeks after an attempt to oust the Westminster leader was reportedly quashed.

In November, The Times reported that senior figures from the party had stepped in to quell a planned uprising against Blackford.

It came after reports Aberdeen South MP and SNP energy spokesman Stephen Flynn had informed officials of his intention to lead the group in the Commons.

“His resignation is a total humiliation for Nicola Sturgeon,” he said.

“She shamefully stood by her Westminster leader earlier this year despite his appalling handling of the complaints made against Patrick Grady.

“It is clear that unlike Nicola Sturgeon, SNP MPs were not prepared to forgive how Ian Blackford put the needs of the perpetrator above the victim who had bravely come forward in this case. Whoever is elected the next leader of the SNP at Westminster must ensure that never happens again.”

Blackford faced calls to resign for his handling of misconduct allegations against SNP MP Patrick Grady who was found to have made an “unwanted sexual advance” towards a party worker at a social gathering in 2016.

Grady’s victim told STV News that staff working for the SNP in Westminster “remain unsafe” with Blackford in charge.

At the time, the SNP said it was acting to support all its staff in line with its duty of care.

Commenting on the news, Labour’s shadow Scottish secretary Ian Murray said: “The SNP is in total disarray – the nats are deserting the sinking ship.

“Nationalist MPs know Nicola Sturgeon’s plan for a de facto referendum is finished before its even started and are worried about Labour gaining seats.

“Across Scotland, Labour is growing in strength every single day.

“At the next election, Scots can do more than just oppose the Tories, we can replace them
altogether with a Labour government that grows the economy and creates a fairer, greener future.”

In a statement on Thursday, Blackford said: “I have today informed SNP MPs that I will not be restanding as leader of the Westminster parliamentary group at our AGM next week.

“After more than five years in the role, now is the right time for fresh leadership at Westminster as we head towards a general election and the next steps in winning Scotland’s independence.

“During my time as leader, the SNP won a landslide victory in the 2019 general election, with an increased share of the vote and MPs, and support for independence has continued to grow with polling this week showing a majority in favour.

“While I am stepping down as Westminster leader, I will continue in my role as the MP for Ross, Skye and Lochaber, and I have also accepted a new role at the centre of the SNP’s independence campaign, leading on business engagement.

“I would like to thank our MPs and staff for all their support over the past five years. Whoever replaces me as Westminster leader will have my full support as, together, we stand up for Scotland’s interests and democratic right to choose our future in an independence referendum.”

“He led the group at a time of huge electoral success for the SNP, particularly at the 2019 general election, and has done an outstanding job in holding the Tory government to account and in promoting the case for independence,” she said.

“I would like to place on record my thanks for Ian’s diligence, tenacity, friendship and loyalty in his time as group leader.

“He will continue to play an important role as constituency MP for Ross, Skye and Lochaber, and I have also asked him to take on a role as part of the wider SNP team preparing the case for independence.”

She added: “I look forward to working with Ian’s successor as group leader at Westminster, as we continue to make the case for the people of Scotland to have a democratic choice on the country’s future.”