'I think over a number of years, disability has been left behind'

There are proposals for a disability commissioner to help advocate for people in Scotland. 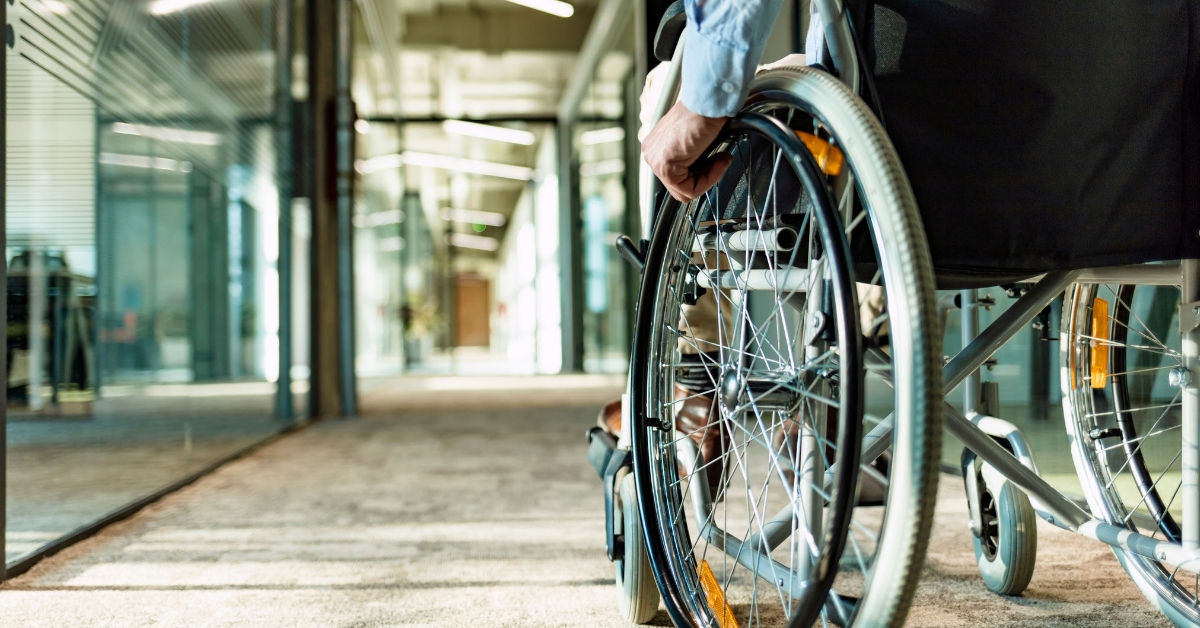 The appointment of a disability commissioner in Scotland could be a “massive step forward” in changing people’s lives.

That’s according to Scottish Conservative MSP Jeremy Balfour who has lodged the proposals at Holyrood.

Balfour has called for the role to be created in order to advocate on behalf of disabled people in Scotland.

The politician, who has no left arm and a right arm which ends at the elbow, explained that there would be an office for the commissioner that would be accessible to those seeking to raise any issues.

They would also be out and about across Scotland, Balfour said, as well as having dialogue with individuals and charities.

A consultation on his proposals closed on August 3, with the feedback due to be part of plans moving forward.

“I think probably before Covid, there was a need for a commissioner,” Balfour told STV News.

“Clearly, now post-Covid, we’ve seen many disabled people, whether it’s in regard to education or health or employment having been left behind and that commissioner would be able to advocate on behalf of these individuals.

“So we would have an office somewhere in Scotland, they would be accessible, they would be out and about talking to individuals, to charities, and then taking those issues for and presenting them as an independent voice to government.”

Balfour explained that the commissioner would work as an advocate for people who are disabled in Scotland.

It would be similar in its function as the Children and Young People’s Commissioner, which was established in 2017.

“I think probably over a number of years, disability has been left behind,” said Balfour.

“And I think the reason for that is for many disabled people getting out of bed in the morning, just doing the basics takes up their time and their energy and through that, those within the disability community have been left behind.

“And I think to have that individual who can advocate on behalf of those who are disabled can do that really strongly and positively.”

The Scottish Conservative MSP pointed to issues such as access to disability services and education as examples of things that could be raised.

“I was meeting today with two constituents who have kids who have got autism and the services that they had pre-pandemic have not been restored,” he said.

“I know of day-care centres which closed, rightly so, during the pandemic that haven’t been reopened again.

Balfour indicated that there had been a “good response” to the proposals as part of the consultation.

“We’ve had some really positive feedback. So what I’m going to do now is go away and have a look at that, analyse it, reflect on it, and then bring forward a proposal over the next few months,” he explained.

“You know, there’s been a good response from across the sector and from individuals and constituents.”

Hidden disabilities, Balfour acknowledged, are something that the public can learn more about.

However, he also believes that there can be wider education on disability across the country.

“I think actually in all forms of disability, there still needs to be education. I think we’ve moved a long way in the years that I’ve been here, but I think there’s a long way more still to go,” said Balfour.

“And society has to recognise that and facilitate them to allow them to fulfil the most that they can and then society gets back benefits from that as well.”

Balfour reflected on his own role at the Scottish Parliament, having first been elected as an MSP in 2016.

He indicated that disability as an issue at Holyrood is being discussed more, but underlined the importance of bringing about change that can help people in their lives.

“I think it’s improving, but I do think it probably still is one of the subjects that people don’t talk about enough or we talk about it, but nothing changes, which is actually probably almost even worse,” he said.

“But unless it’s actually fundamentally making a difference to people who have a disability in their lives, then actually it’s just hot air, or it’s just a piece of paper.

“I think that’s the change we need. We don’t want just policies, we actually want action that will make a difference to individual lives.”

The Scottish Conservative MSP insisted he is “confident” that a disability commissioner would be able to bring about the change needed to help impact on people’s lives.

“It’s not going to solve all the issues, or all the problems, but it could be a massive step forward,” he said.

“So I am really confident that if we have a disability commissioner, he or she will be able to take that forward and we will actually see changes that affect people’s lives.”

Balfour concluded: “It won’t just be words, but most importantly, it will be action.”