The health secretary has come under increasing pressure over his position in recent weeks. 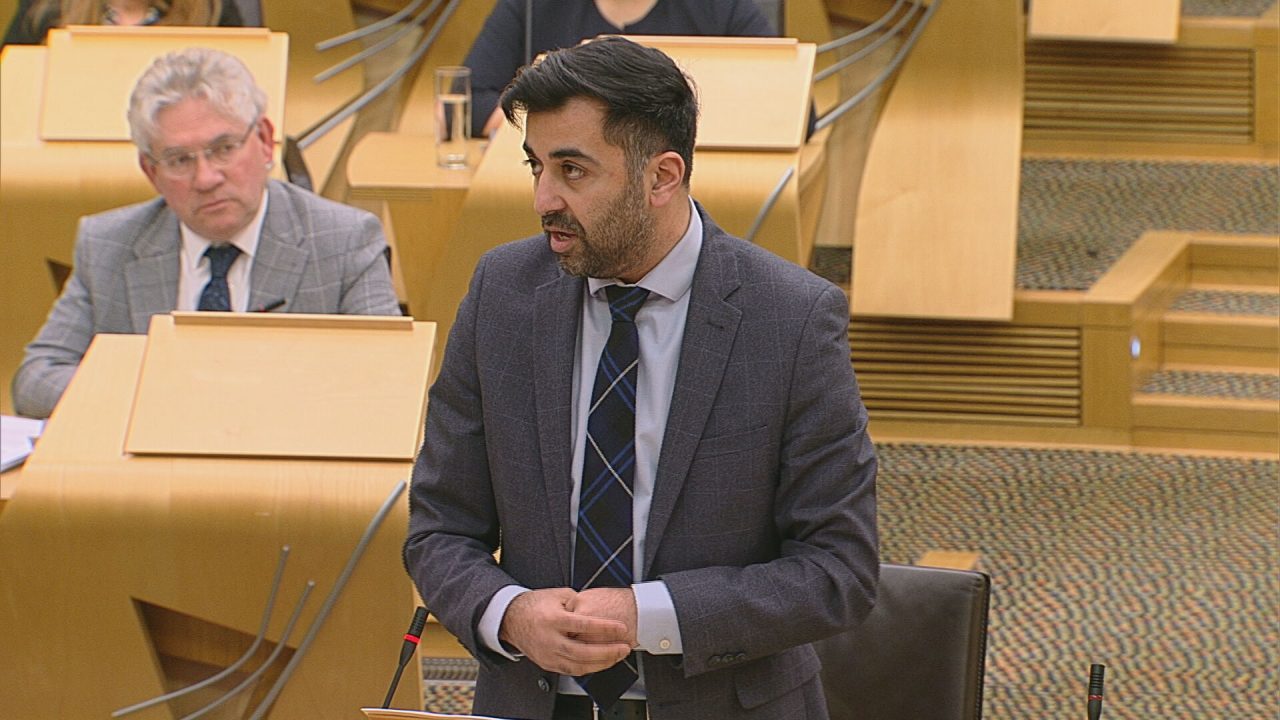 Humza Yousaf has announced an £8m package of measures designed to help Scotland’s struggling NHS through “the most challenging winter it has ever faced”.

The health secretary had been at the centre of intensifying pressure over the state of the country’s health service before it was revealed the number of hospital beds occupied by people who were ready to be discharged from Scottish hospitals had reached a record high for the third month in a row.

In an address to MSPs at Holyrood, he said that the NHS was facing a “perfect storm of intense pressures which are leading to extreme difficulty, disruption and delays right across the service”.

He pledged the Scottish Government would work to “utilise every bed possible,” adding spaces in care homes were now being used as an “extremis, time-limited measure” to help free up hospital beds.

It comes after First Minister Nicola Sturgeon warned Scotland’s hospital’s were “almost full” as staff desperately battle against a tidal wave of Covid, winter flu and strep A cases.

Around 300 beds have been found to be utilised on an interim basis, in addition to the 600 already in use, with the government paying 25% over the national care home contract rate.

Plans to recruit a further 200 staff to NHS 24 have also been unveiled as part of the package, Yousaf said, after the service fielded almost 100,000 calls over the two four-day breaks of the festive period – said to be “the highest festive period demand for over a decade”.

“These interim beds may not be a family’s first, or indeed second, choice for their relative. But I hope families agree in the current circumstances this is about making the best possible choice for those in our care,” he said.

“This measure will only be in place for a limited period of time to directly support our hospitals to deal with pressures at the front door.

“However, it will enable some people to move from an acute setting to a more appropriate community one, recognising the risk of prolonged stays in hospital.”

Yousaf said there were currently more than 1,700 people in hospital “who do not need to be there for clinical reasons, and whose interests are not best served by being there”.

However, UNISON Scotland head of health, Matt McLaughlin, said the measures would have a “minimal” impact, and chastised the Scottish Government for failing to act sooner.

He said: “This NHS crisis is because of the Scottish government’s continued failings on workforce planning and their failure to tackle delayed discharge, despite their commitments. There are 1700 patients who could be at home now if only our social care service was fit for purpose.

“Today’s statement will have a marginal impact as it is too little too late, and yet again we will rely on the hard work of our NHS staff to get us through this crisis. UNISON welcomes commitments to recruit additional staff and the short-term investment in 300 nursing home beds but UNISON had been calling for this and more in advance of this predictable winter crisis.”