Nicola Sturgeon was reported to police over an apparent breach of face mask rules. 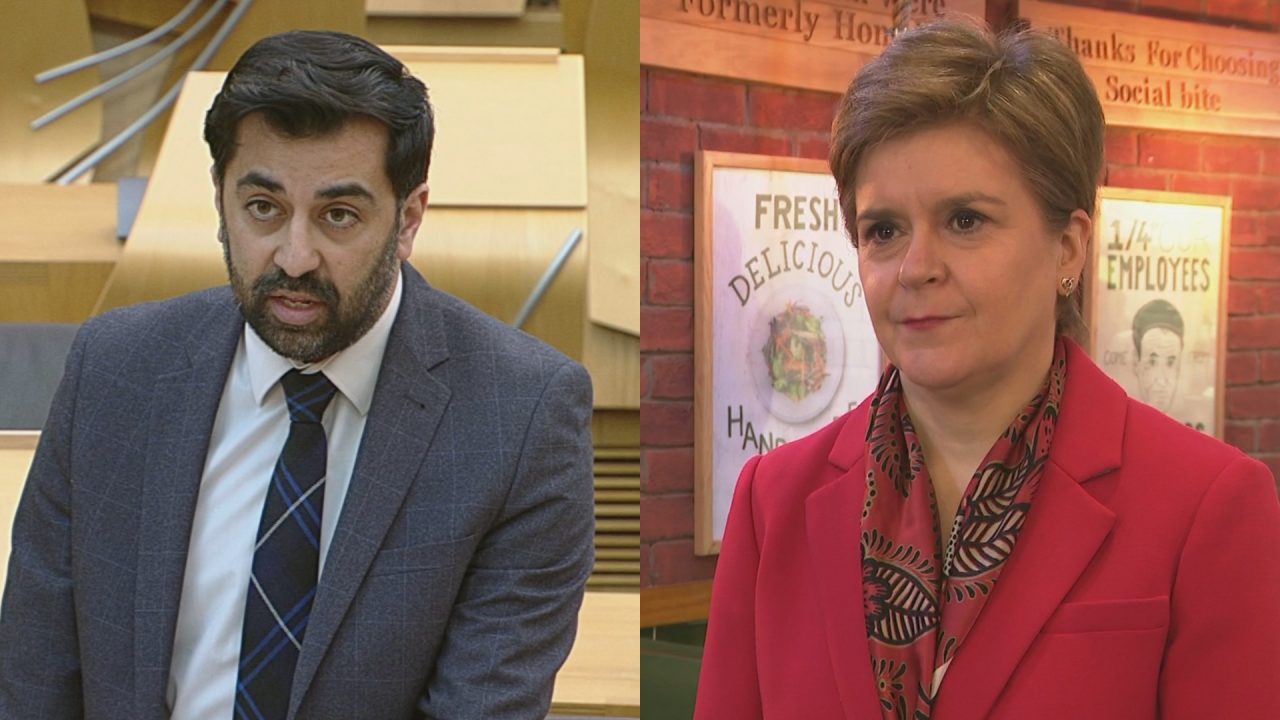 Humza Yousaf has said “these things happen”, after Nicola Sturgeon was seen without a face mask while in a barber’s.

The First Minister visited the shop in East Kilbride during council election campaigning on Saturday.

Footage later emerged online appearing to show the SNP leader without a face covering as she socialised with customers.

Police Scotland confirmed that it had received a complaint which is being assessed.

Prior to Easter Monday, it had been a legal requirement to wear a face mask in most indoor public places.

The mandate was lifted on April 18, although people in Scotland are still being “strongly advised” to wear a mask.

It has prompted calls from political opponents for the First Minister to resign over the apparent rule breach.

But speaking to STV News, health secretary Yousaf defended the First Minister and suggested that people were trying to make “political capital” out of the incident.

He hit out at the Conservatives as he pointed to the fines issued to Boris Johnson and Rishi Sunak for breaking lockdown rules at No 10 and across Whitehall.

“The First Minister did, I imagine, what many of us have done before. There was a momentary lapse. I think we’ve all done it, I’ve done it,” said Yousaf.

“Where you are in a place where you should be wearing a face covering and you suddenly realise you haven’t got one on and you quickly fiddle around in your pockets and you find one and stick it on and that’s really the end of the matter.

“The First Minister did the same and she will always be the first to put her hands up and say look, ‘I realise here, a mistake was made’, but upon realising that mistake was made, she quickly rectified it.

“So look, these things happen. But I think anybody trying to make too much political capital out of this is probably trying to deflect the way as the Tories are trying to do from from what Boris Johnson and those in Westminster have done.

“Which is a far more flagrant breach, of course, and a deliberate breach of the rules in comparison to anything the First Minister has done.”

“I haven’t spoken to the First Minister today, I imagine I’ll speak to her later,” Leitch told the BBC’s Good Morning Scotland programme.

“My understanding is it was a matter of seconds. She realises the place is crowded, puts her face covering on. Which is actually what we’re asking people to do.

“The guidance is if you are in a crowded area inadvertently or deliberately, then put a face covering on and that will protect you and others.”

Scottish Conservative MSP Craig Hoy said it was inappropriate for a civil servant to defend the First Minister’s actions.

He said: “These kinds of questions should be left to politicians to answer. Instead, SNP ministers are in hiding and Jason Leitch is blurring the lines between ministers and government officials.

“Mr Leitch is also misrepresenting the Covid laws as they stood when Nicola Sturgeon clearly broke them at the weekend.

“Face mask use was still in law until today but Mr Leitch backed up Nicola Sturgeon’s excuse that she only had to put the mask on when in a crowded space.

“If the SNP had listened to us weeks ago and changed face mask rules from law to guidance, he and Nicola Sturgeon would have been correct.

“But they failed to do this and Mr Leitch should not be confusing the public, or doing the SNP’s job for them, by trying to defend Nicola Sturgeon in this manner.”