How likely is a second independence referendum in 2023?

Nicola Sturgeon wants indyref2 within the next two years - but is her timetable realistic? 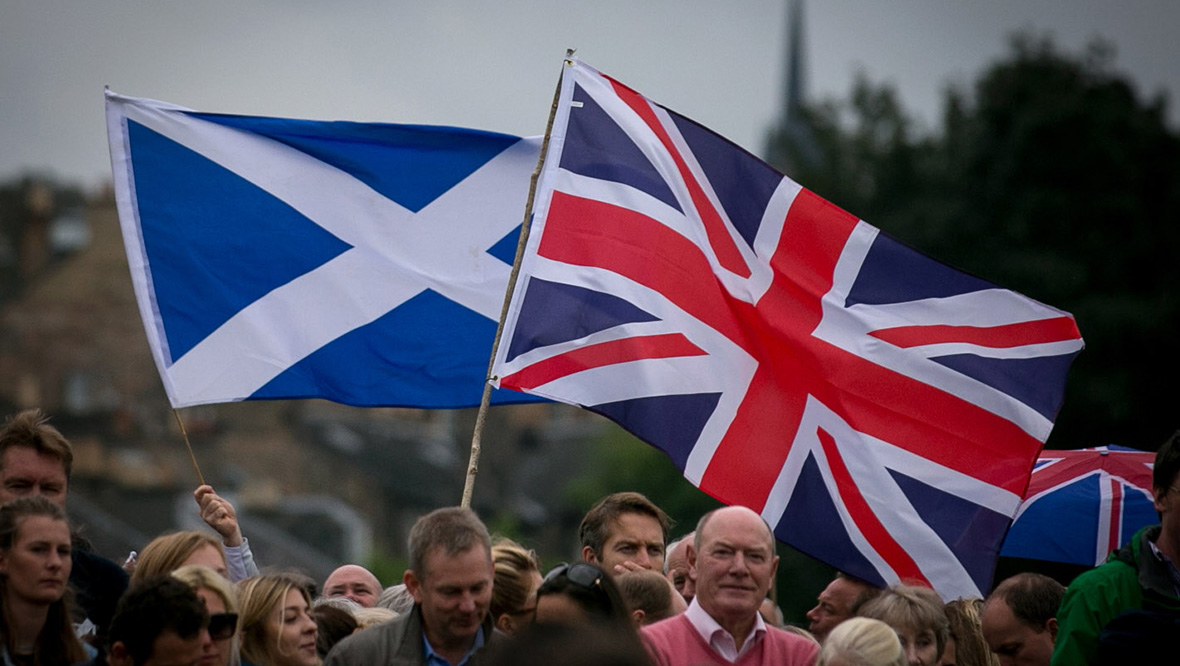 Nicola Sturgeon has pledged to hold a second independence referendum by the end of 2023.

The First Minister told the SNP conference that campaigning would begin again within the next 12 months, Covid permitting.

But she still needs Prime Minister Boris Johnson to agree – so how realistic is her timetable?

Shona Craven who writes for The National, former head of communications at the Scottish Conservatives Andy Maciver and STV’s political editor Colin Mackay had their say on Scotland Tonight.

John Mackay (Scotland Tonight presenter): How would that have gone down with the SNP faithful?

Shona: I think the people who insist on trying to find fault with Nicola Sturgeon, who insist on suggesting that she’s just pretending she wants independence at this point, it won’t have changed their minds.

But I feel that her emphasis on making a positive case… reminding people that this isn’t a strange idea and some kind of fringe idea, and that many other countries have achieved their independence and not looked back, balanced things well.

John: Colin, what do you make of the SNP’s position on a second independence referendum?

Colin: They’ll get this through the Scottish Parliament because, between the SNP and the Greens, they have a majority. The key thing is what happens after the legislation is passed and the UK Government has about 45 days or so to refer that to the Supreme Court.

Let’s see what happens then, because I think that is what the advisors to the SNP are expecting at the moment. I think most expectations would be the Supreme Court says, ‘Westminster is sovereign, therefore they get to decide whether to give the powers to the Scottish Parliament or not’, but it’ll be interesting to see if that’s the outcome and the international reaction.

If, as Andy says, the international community recognises that the Scottish Government has that mandate but it’s being denied by the UK Government, where is that going to leave us?

Now, the timescale is something completely different. I think a general election around 2023 could be some kind of catalyst. If not, then we could be looking at the next Scottish Parliament election becoming a de facto referendum on a referendum, much more so than the last couple of elections.

John: Will this referendum ever happen?

Shona: It does feel like Groundhog Day with all this talk of a mandate. I can’t say for sure. I think there is a commitment to try to hold it, but as Andy and Colin say, there are these obstacles in the way and it will remain to be seen how that goes down if Scotland’s expressed well is denied.

John: Andy, you spoke about the potential of a general election 2023 – why is that so crucial?

Andy: Simply because the political reality is that the SNP’s failure to win a majority in May meant the UK Government could say ‘this is not 2011’. This is different, so we don’t have to do the same thing.

It’s not important constitutionally and proportionately in a representative parliament, but politically the failure to win that 65th seat meant everything when it came to indyref2.