Care workers are leaving the sector for more wages in retail and hospitality, providers warn. 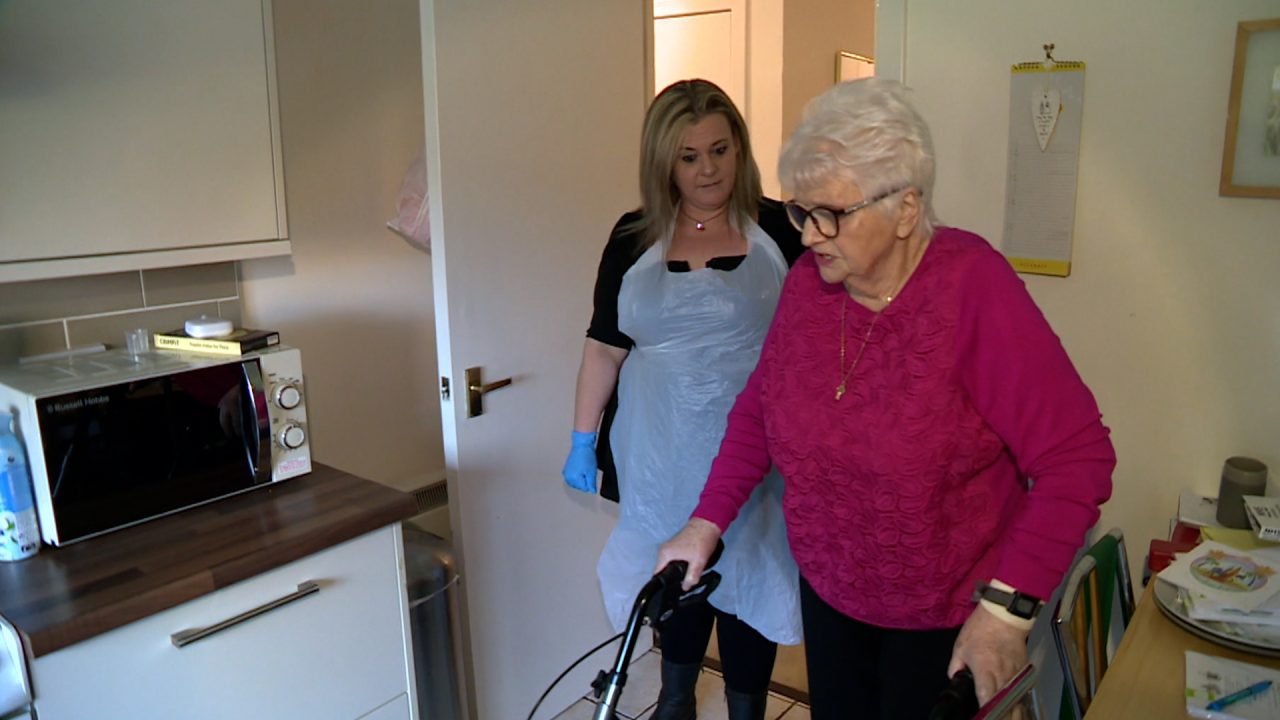 Under-pressure social care services will “come to a halt” this Christmas unless more staff can be found, providers have warned.

Lynn Black, from the Love Group, told STV News that “professional snobbery” and long hours were leading to care workers leaving the sector in droves for better-paid jobs in retail and hospitality.

“There are tens of thousands of hours of care waiting to be delivered that we can’t deliver because we can’t attract staff – it comes down to attraction and retention and offering benefits to staff.”

Figures from Public Health Scotland show that a record number of patients had their discharge from hospital delayed.

One of the main reasons they can’t leave hospital is because social care packages are not ready.

“We relieve the pressure on the NHS to allow beds to be freed up,” Ms Black said. “But in order for us to facilitate hospital releases, we need staff. If we can’t attract them in, we can’t retain them and we can’t deliver services.

“At a time when they’re already strapped, social care will come to a halt this Christmas.

“I think there’s a lot of professional snobbery, we need to go to schools and attract young people into the sector.”

The Care Inspectorate revealed that more than a third of social care services across Scotland reported unfilled staff vacancies in the past year.

New figures have also shown that almost half of services faced difficulty recruiting the right staff.

‘Nobody asked how I would manage’

But she told STV News that after suffering a stroke in January, she was sent home without a care package in place.

“I didn’t get the care when I left (hospital), there was nothing,” she said. “Then on March 7 I had a bad fall and broke my ribs. Even then, I was sent home with no care package.

“Nobody came and asked me how I was going to manage – a nurse just said ‘you’re going home today’.”

Eventually, with help from her family and a local councillor, Janette, herself a retired nurse, was able to get a care package in place.

She said she couldn’t cope or live independently at home without the support.

“I only realise it now, I couldn’t manage, I don’t want to go into a nursing home at the moment, I feel perfectly capable to be at home,” she said.

Janette admitted she worried about potentially having to go back into hospital this winter.

She said: “Staff are doing their best, but there’s not enough feet on the floor.”

The SNP’s flagship National Care Service bill is currently making its way through parliament and has been called the biggest overhaul of services since the creation of the NHS.

It would take power for delivering care away from local authorities and create new health boards with ministers accountable.

But industry leaders are warning pressures now need to be addressed.

There have been repeated warnings about chronic staffing shortages and pressures on social care this winter.

Dr Donald Macaskill, from Scottish Care, told STV News: “What we have now is not working, the way we manage and commission care is not working.

“All of us need to work together to design that future, but some of us are concerned if this is the best time to do it when social care is collapsing around us.”