Gyms and swimming pools set to reopen on August 31 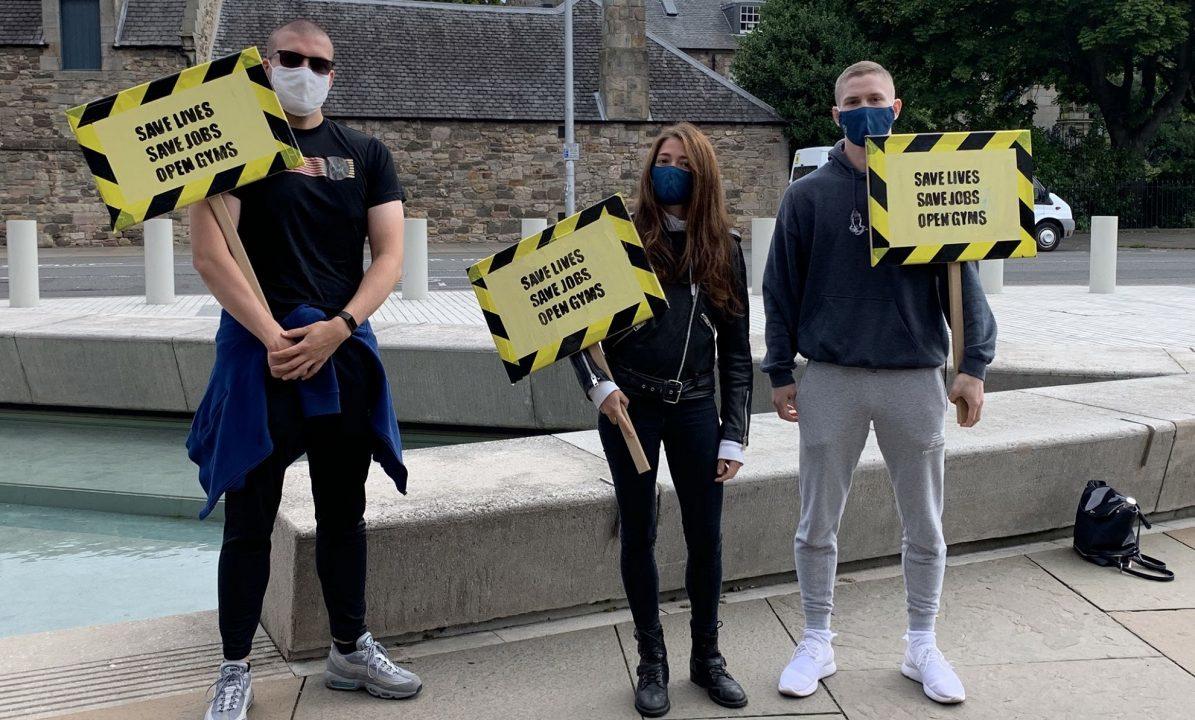 Gyms and swimming pools in Scotland should be able to reopen from August 31, the First Minister has said.

Indoor leisure facilities were originally slated for a September 14 reopening.

But Nicola Sturgeon previously said the date could be brought forward if it was deemed safe.

It comes after a small protest by independent gym owners outside the Scottish Parliament earlier in the morning called for the facilities to be allowed to open as soon as possible.

Speaking in parliament after a review of lockdown measures, which takes place every three weeks, Sturgeon confirmed they could reopen at the end of the month subject to public health guidance.

She stressed the new date is dependent on coronavirus case numbers staying under control and could be changed.

There are 77 new cases of Covid-19 in Scotland, the highest daily figure for three months.

With schools having reopened, the First Minister said she could not yet give a reopening date for non-essential office work and call centres.

However, other activities set to resume from Monday, August 24, were given the green light.

Some live outdoor events can also resume, as can bingo halls – although with strict limits on numbers and hygiene measures.

For premises such as bingo halls, Sturgeon stressed it was “of the utmost importance that guidance is strictly adhered to”, with ministers to closely monitor it.

She said councils will get new powers to close down businesses in their area that are not complying with Covid-19 regulations.

The Scottish Government currently has powers under emergency legislation to act by, for example, closing all pubs in a particular postcode.

Sturgeon said: “We intend to give local authorities the power to act in respect of individual, specific premises that are breaching guidelines and risking transmission of the virus.

“This power would enable local authorities either to close such premises – or to impose conditions on their opening – where they deem that is necessary for the purpose of preventing, protecting against, or controlling the spread of infection.”

She told MSPs: “We know that large house parties pose a very real and significant risk of clusters and outbreaks.

“So – for use in cases of flagrant breach and as a last resort – we intend to give the police powers of enforcement to break up and disperse large indoor gatherings.”

The Scottish Government will lay regulations next week empowering both local authorities and police, with the powers coming into force next Friday.

On the issue of reopening offices and call centres, Sturgeon said doing so now would “make it more difficult to keep schools open”.

She stated: “For now, working from home will remain the default position…

“I am acutely aware of the impact of home working on services, such as cafes and restaurants, which are based in areas with lots of office workers.

“However a full return to office working, given the numbers involved, would significantly increase the risk of indoor transmission.

“It would also make buses and trains significantly busier and increase transmission risks there too.”

Sturgeon added: “This does come down to difficult judgments about priorities.

“We have made clear that our priority is to enable children to be safely back at school.”

Speaking about changes that could come in later, the FM said she hoped sports stadiums could open from September 14 for “limited numbers” of fans, with strict social distancing in place.

She added: “Some professional sports events may be arranged for spectators before then with Scottish Government agreement to test the safety of any new arrangements.”

It is also hoped indoor contact sports activities can resume for people aged 12 and over from the same date.

Entertainment sites and cultural venues – such as theatres and live music venues – could be able to reopen then too, again with strict distancing in effect.

To help them in advance, these venues can open for preparation and rehearsals from Monday.

Sturgeon also said wedding and civil partnership receptions and funeral wakes will be able to take place with increased numbers from September 14, although they will remain restricted.

She added further detail on permitted numbers will be issued “shortly”.