Cabinet Office minister says delivery of the vaccine needs to 'step up' in Scotland to match numbers elsewhere in UK. 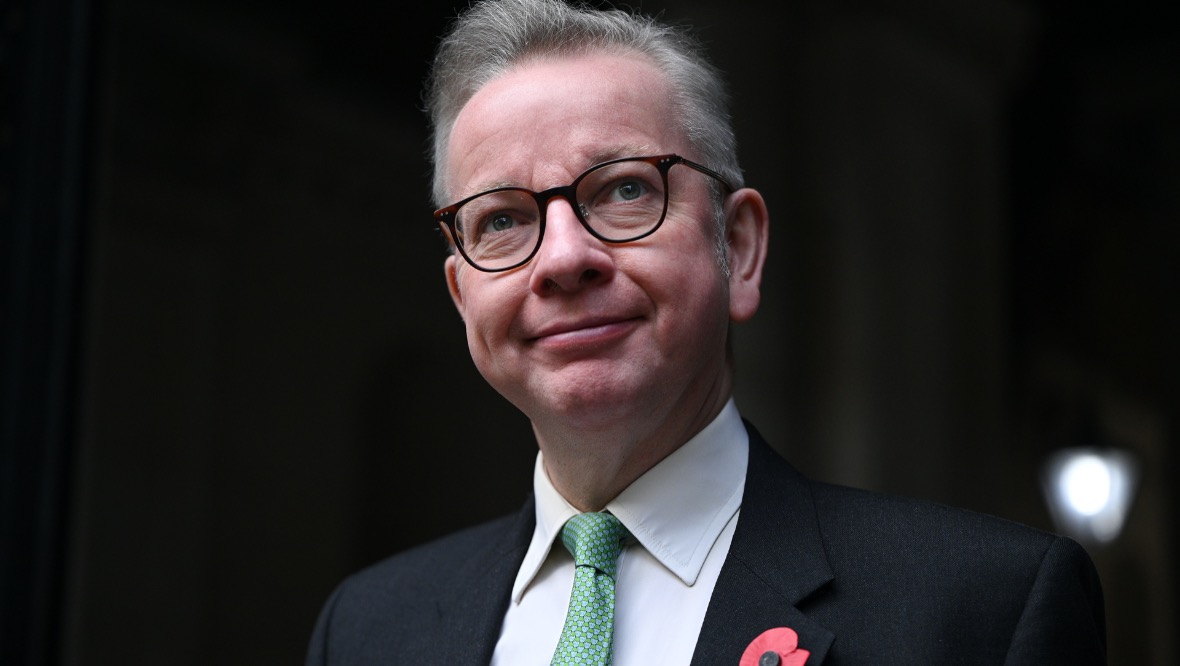 The UK Government says it wants to help the rollout of the coronavirus vaccine in Scotland “match the numbers that are being vaccinated elsewhere in the United Kingdom”.

He was speaking after Scottish secretary Alister Jack wrote to First Minister Nicola Sturgeon to “restate the UK Government’s full support in rolling out the vaccination programme and fighting the pandemic across the whole country”.

Of the 4.4 million adults in Scotland to be vaccinated, so far 610,778 have received the first jab – although Sturgeon has accepted that the Scottish Government did want to “accelerate the overall progress” of the campaign.

She reported to MSPs that just under 35,000 first doses were administered on Monday – 55% more than the number of injections given on the same day last week.

But the First Minister has faced claims that the programme is “lagging way behind” other parts of Britain.

Gove said: “We want to help the Scottish Government to improve the rate of vaccination in Scotland and we’re saying whether it’s through the support of the NHS or the support of our Armed Forces we stand ready to make sure more jags go into more arms in Scotland.

“Jason Leitch, the First Minister’s principal adviser on these issues, has pointed out that the situation in Scotland does need to improve and the UK Government is there to help.

“This is a collective endeavour, we’re all in this together and, therefore, what we want to do is to help the Scottish Government to make sure that the numbers being vaccinated in Scotland can match the numbers that are being vaccinated elsewhere in the United Kingdom.

Meanwhile, 98% of older people living in care homes and 88% of staff working in them have been given their first dose of the vaccine.

However, Scotland has vaccinated fewer people as a proportion of the population than any other UK nation – something the Scottish Government has claimed was due to prioritising care homes.

Providing a lockdown update to the Scottish Parliament on Tuesday, Sturgeon said: “We are on track to meet the target we set to have vaccinated everybody in these groups with the first does of the vaccine by the middle of February.”

The First Minister added: “I’m not standing here denying we want to accelerate the overall progress.

“But nor will I apologise for having deliberately focused on maximising uptake in the most clinically vulnerable groups.”