How can the UK Government block Scotland's gender reforms? 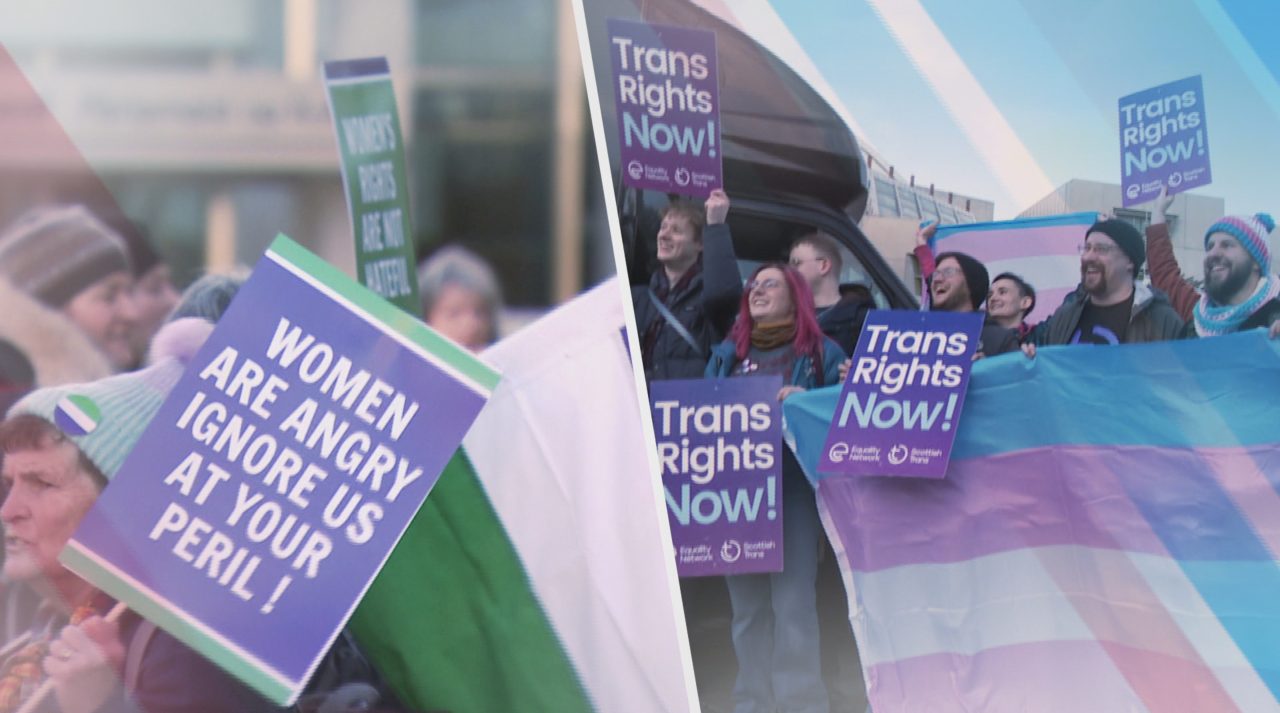 The UK Government is using its powers to block the Gender Recognition Reform (Scotland) Bill from becoming law.

Prime Minister Rishi Sunak and Scottish Secretary Alister Jack have triggered Section 35 of the Scotland Act to prevent the bill – which makes it easier for people to change their legal gender – from coming into force.

It is the first time UK Government ministers have stopped Scottish legislation after it’s been approved by MSPs.

What is a Section 35 order?

Section 35 is simply one section of the Scotland Act, which was passed in 1998 and which established the devolution settlement largely as we know it today, granting powers to the Scottish Parliament.

The section gives the UK Government the power to block certain bills passed by the Scottish Parliament from gaining royal assent, but only under certain and limited conditions.

Royal Assent is crucial for bills to become law. Any piece of proposed legislation that has passed all stages in the law-making process must undergo the formality of gaining Royal Assent – the monarch’s agreement to make the bill an act.

Under Section 35, the UK Government can legally intervene to block royal assent for a bill that a secretary of state “has reasonable grounds to believe would be incompatible with any international obligations or the interests of defence or national security”.

The government can also legally take action if it sees a bill as making modifications to the law as “it applies to reserved matters”.

Under such a scenario, ministers in London must have “reasonable grounds” to believe that any proposed legislation would have an “adverse effect on the operation of the law as it applies to reserved matters”.

This means that a bill can be blocked if the government thinks it would conflict with UK Government policy as it applies to reserved matters, even if the proposed legislation falls within the powers granted to Holyrood.

What are the gender reforms?

Members of the Scottish Parliament last month passed the Gender Recognition Reform (Scotland) Bill by 86 votes to 39, approving reforms which would allow trans people to obtain a gender recognition certificate (GRC) without the need for a medical diagnosis – a process known as “self-identification”.

The Bill will also allow 16 and 17-year-olds to apply for a GRC for the first time, and would reduce the amount of time a person has to live in their acquired gender before they can be granted the document.

The UK Government immediately raised concerns, citing the ramifications on UK equality law and other pieces of UK-wide legislation.

Downing Street has also expressed concern about the impact of single-sex spaces and the checks and balances involved in the process of gaining a gender recognition certificate.

For its part, the Scottish Government has said it would have no impact on the exemptions or the wider Equality Act – which is reserved to Westminster.

What is Sunak’s view?

In an interview with STV political editor Colin Mackay, Sunak said he was concerned about how the Scottish Government’s new gender reform bill could affect the rest of the UK.

“It’s been a long-standing standard practice for the UK Government to consider the impacts of laws that are passed in the Scottish Parliament on the entire UK,” he said.

“The process that I’m talking about is one that’s been established for years, if not decades.

“I think it [the bill] is that serious. I think the import and significance of this would go beyond the particular subject matter of the legislation.”

Why is Section 35 controversial?

The power has never been used before and to UK Government critics it would be an undemocratic intervention by London to override the decision of elected representatives in Edinburgh, effectively undermining devolution.

The move is likely to launch a constitutional clash between Sunak’s government and the Scottish administration, just as First Minister Nicola Sturgeon and the Scottish National Party make another push for independence.

How will the Scottish Government react?

The Scottish Government has said it would “vigorously” contest any attempt to block the bill becoming law.

This would probably mean legal action, leading to what could be another protracted court battle between Edinburgh and London.

Speaking at a media briefing on Monday, Sturgeon said it would be an “outrage” if the UK Government tried to block reforms to the gender recognition process in Scotland.

She said: “If there is a decision to challenge, in my view it will be quite simply a political decision and I think it will be using trans people – already one of the most vulnerable, stigmatised groups in our society – as a political weapon.

“And I think that will be unconscionable and indefensible, and really quite disgraceful.

“If the UK Government is able to normalise action to block legislation, democratically passed by the Scottish Parliament in our areas of competence on this issue, that will embolden them to do it on other issues and we will be on a very, very slippery slope indeed.”

What is Labour’s stance?

Speaking to the BBC’s Sunday With Laura Kuenssberg programme, Starmer said: “I have concerns about the provision in Scotland, in particular the age reduction to 16 and in particular the rejection of our amendment in relation to the Equalities Act.

“But across the whole of the area, I think we should modernise the law.

“I think we need a respectful debate that recognises the different arguments that are being made. At the moment, this is being treated as a political football from start to finish and I don’t think that actually advances the cause of anyone.”

Starmer’s comments are at odds with the stance taken by Scottish Labour, who supported the Scottish Government’s reforms.

The party whipped its MSPs to support the bill, although two of them – Carol Mochan and Claire Baker – defied the order and subsequently resigned from their positions.