Andy Hixon has watched his soft play business in Edinburgh lie empty for more than a year. 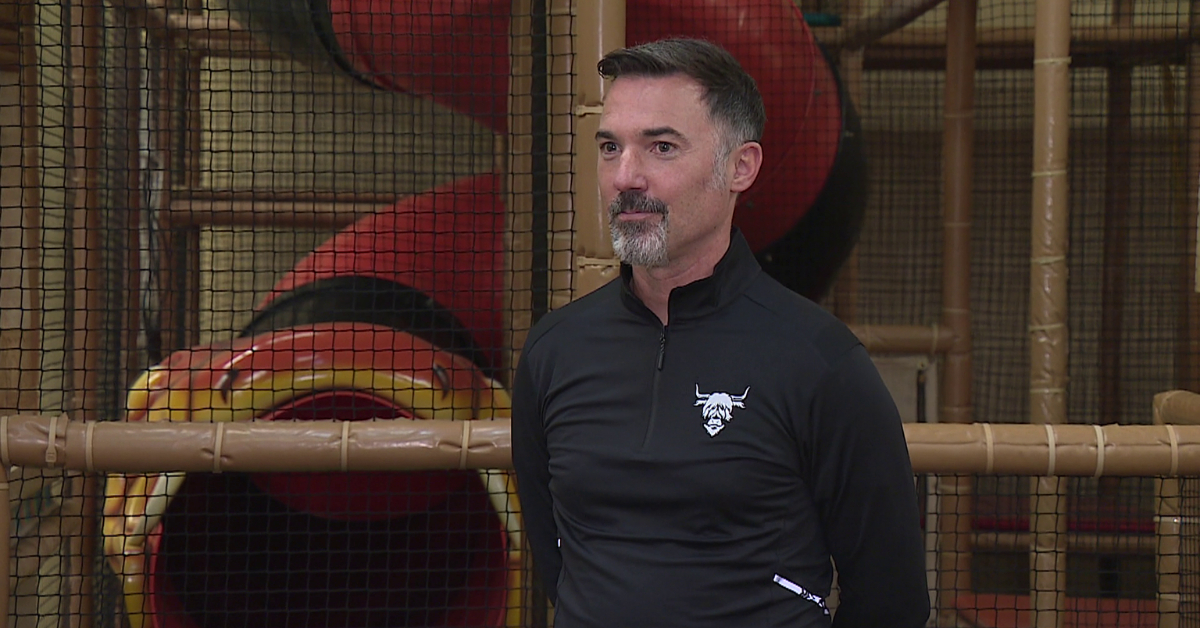 A soft play owner who has been on furlough for more than a year said the experience has been “horrible” and now he is expected to contribute more despite being unable to reopen.

Andy Hixon, who runs Timetwisters Play Centre in Edinburgh, started his business when he first had kids of his own.

He told STV News: “It has been a horrible experience. We’ve run this business for 15 years.

“It’s a seven-day a week operation, so it was as big a part of our lives as you can imagine and so to have to stand by and watch it lie empty and not have the sound of kids running around and having fun, it has been very difficult.”

The UK Government is starting to wind down the furlough scheme with employers expected to contribute more from July 1.

The furlough contribution from employers is due to rise after that date to 20% in August and September, with the scheme closing before October.

But the changes come before some businesses, such as soft play centres, have been given a date for reopening.

Having shut in the country’s first lockdown in March 2020, there have been several proposed and then missed reopening dates.

‘When the announcement was made, that the amount that the Government would pay out was reducing, we were thinking that at that point the business would be allowed to open again.’

Mr Hixon said: “We have kept everybody on the books because as a business that has been going for 15 years, with some of our staff that have been with us that long, we feel that they are part of our family.

“We feel a huge loyalty to those staff and so we have done everything that we can do to keep them as part of the business, but when the announcement was made, that the amount that the Government would pay out was reducing, we were thinking that at that point the business would be allowed to open again.

Mr Hixon said both Westminster and the Scottish Government needed to recognise that many businesses are still not able to operate and support for them is necessary.

Scottish finance secretary Kate Forbes has called for a further extension to the furlough scheme.

Speaking on Good Morning Scotland on Thursday, she said: “We know quite clearly that as of today, some of those sectors and businesses are still closed.

“So, I think that the furlough scheme should be tailored to the exit of lockdown and we hope very much that we will be back to normality as soon as possible, but we’re not there yet.”

Previously, a Scottish Government spokesperson said: “We do not underestimate the significant impact this pandemic has had on soft play centres across Scotland.

“The soft play centres in level one and zero areas can now reopen in line with updated guidance published on May 28. The finance secretary announced up to £12m additional funding for the 14 local authorities that are remaining in level two, including £100,000 for soft play centres which remain closed.

“As with all infection prevention measures, we will only have these restrictions in place as long as is necessary. We have always said we will keep plans under review and accelerate the lifting of restrictions if possible, and we will continue engaging with the soft play sector on this.”