Two new ferries are currently years behind schedule and hundreds of millions over budget. 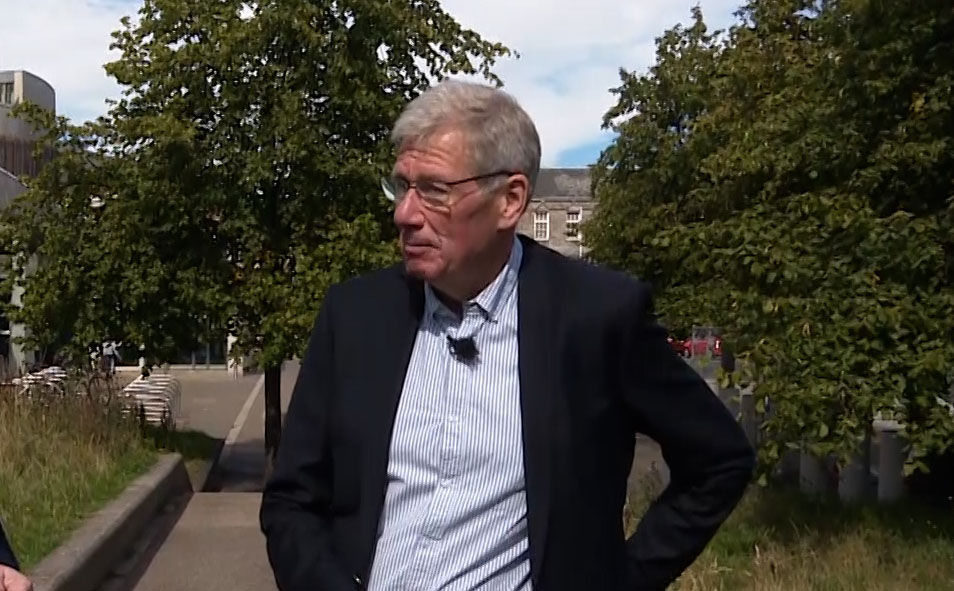 Ex-justice secretary Kenny MacAskill has attacked former SNP colleagues for their role in the building of two new ferries which are years behind schedule and hundreds of millions over budget.

MacAskill, now the Alba Party MP for East Lothian, called for the abolition of the procurement agency CMAL, describing it as “a job-creation scheme for corporate types that is failing communities in Scotland”.

The spiralling cost of the vessels is currently the subject of a probe by the Scottish Parliament’s public audit committee, which is expected to report next month.

Last week, the former minister who awarded the contract, Derek Mackay, admitted that the procurement arrangements were not fit for purpose.

Now, in an interview with STV News, MacAskill said the cost over-runs were in part down to the lack of specifics in the contract awarded to Ferguson Marine for building the two vessels.

MacAskill said: “The contract was rushed. A lot of detail was lacking and when the contract started, a lack of specifics helped push up cost.”

He blamed Scottish Government ministers for rushing the process that led to the award of the contract.

He said it was signed off very quickly “because the Scottish Government wanted a big announcement at the First Minister’s first SNP conference in September 2015”.

“Aspects of the contract that were fundamental for a ship weren’t decided and accordingly when Ferguson started building.

“They were building something that hadn’t been specified and they asked, understandably, for more money and the Scottish Government gave them more money.”

MacAskill cited the view of ex-Commodore Luke van Beek, who investigated the cost over-runs, that CalMac, which operate ferries in Scotland, did not want the type of vessel CMAL procured.

He described the attitude of CMAL towards the shipyard as “almost childish, failing to work and cooperate”.

MacAskill said: “Why do we have CMAL, what is their point? CMAL doesn’t have a role in my view, it should be abolished. CalMac should be capable of deciding what ships they want.”

The MP called for an inquiry to learn lessons, but added: “CMAL has to go, we need to have the right ships.”

A spokesperson for CMAL said: “There was a parliamentary inquiry into the dual-fuel vessels contract and the report was critical of all parties involved, including the previous shipyard management team.

“Our focus is now firmly on our ongoing work to renew and transform the ferry fleet and harbour network.”

The Scottish Government said it “strongly refuted” claims the ferries announcement was rushed for SNP conference.

A spokesperson added: “The Scottish Government’s priorities have always been the completion of the two ferries, securing a future for the yard and its workforce, and supporting our island communities.