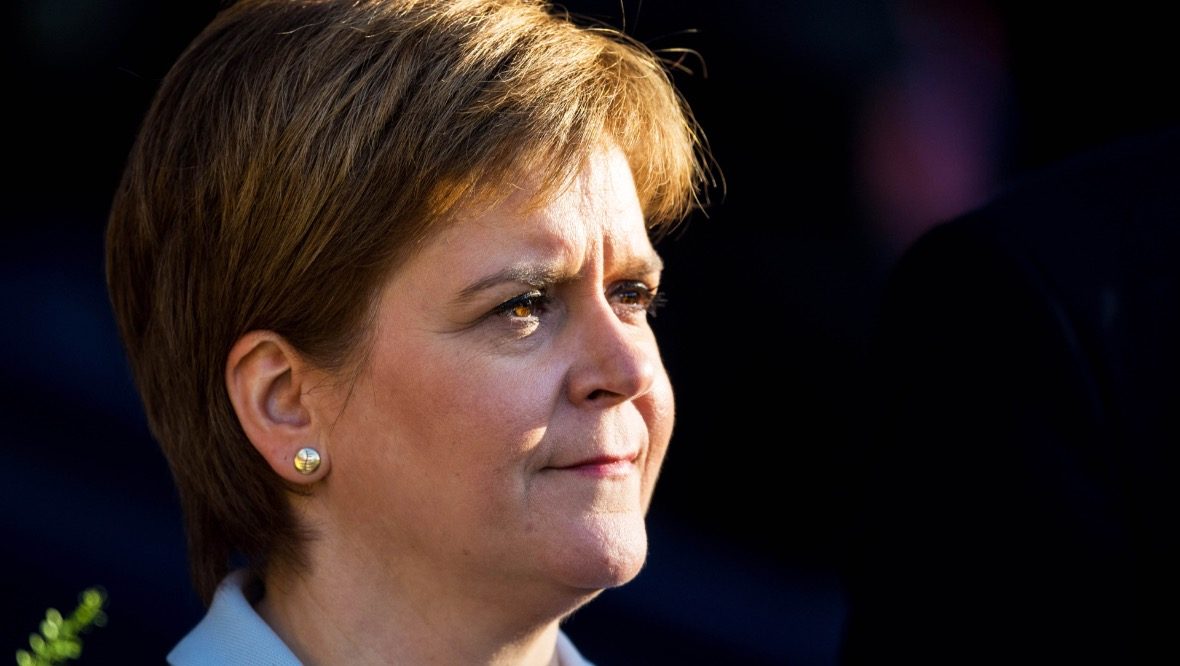 First Minister Nicola Sturgeon has apologised for the handling of exam results this year and admitted “we did not get this right”.

No exams took place due to the coronavirus pandemic, with grades based on teacher assessments and then moderation, which saw many results downmarked.

That led to fierce criticism from teachers, pupils, parents and political opponents.

Sturgeon has now admitted the focus had been put on “the system” and not on individual pupils.

Education secretary John Swinney will make a statement in the Scottish Parliament on Tuesday in a bid to “fix” the issue.

Sturgeon said pupils who’d been downgraded would no longer be expected to appeal against their results.

A no-confidence motion has been tabled by Scottish Labour in a bid to oust Swinney from his job.

At her daily coronavirus briefing, Sturgeon said decisions had been taken that they thought were on balance “the right ones” and “with the very best of intentions”.

She added: “But our concern which was to make sure that the grades young people got were as valid as those they would have got in any other year perhaps led us to think too much about the overall system and not enough about the individual pupil.

“And that has meant that too many students feel they have lost out on grades that they should have had and also that that has happened as a result – not of anything they’ve done – but because of a statistical model or an algorithm.

“And in addition that burden has not fallen equally across our society so despite our best intentions I do acknowledge that we did not get this right and I am sorry for that.

“But instead of doing what politicians sometimes do and dig our heels in, we are determined to acknowledge that and put it right.”

She added: “Let me be clear, we will not expect every student who has been downgraded to appeal. This situation is not the fault of students and so it should not be on students to fix it, that’s on us. We will set out tomorrow exactly how we intend to do that.”

Additionally, the Higher pass rate of pupils in the most deprived parts of Scotland was reduced by 15.2% from teacher estimates after moderation.

In contrast, the pass rate for pupils from the most affluent backgrounds dropped by 6.9%.

The Scottish Conservatives said the “belated” apology didn’t go far enough and called for Swinney to be sacked.

The party called for a Holyrood inquiry into the issue.

Education spokesman Jamie Greene said: “It’s shameful that Nicola Sturgeon only apologised to pupils and parents when she realised Mr Swinney’s job was on the line.

“Given how poorly the SNP have understood the issues facing Scotland’s young people, we will wait and see the detail of tomorrow’s announcement before judging this apparent u-turn.

“But it’s clear that after missing the boat on fixing the SQA issues months ago, now Nicola Sturgeon is missing the point on John Swinney as education secretary.

“This isn’t about one issue. John Swinney’s report card is littered by F-grades every year and confidence in his ability to run our schools has evaporated.”

Scottish Labour described Sturgeon’s apology as “hypocritical” and repeated their call for Swinney to leave his role.

Education spokesman Iain Gray said: “It is frankly hypocritical for the First Minister to apologise today after refusing to accept for over a week that an injustice had occurred.

“This apology is more concerned with protecting John Swinney’s job than facing up to the failures of her government.

“Scottish Labour and other parties warned the First Minister and John Swinney for months and were ignored.

“A belated and forced apology is not good enough. We need an immediate return to the grades recommended by teachers for those who saw their grades reduced.

“It’s time pupils and teachers got justice and Swinney got his jotters.”

The Liberal Democrats said they would consider Swinney’s statement before deciding how to vote on the confidence motion.

Party leader Willie Rennie said: “We will listen to John Swinney’s proposals in parliament and if we are not satisfied with what he puts forward, we will vote to remove him.”

The Scottish Greens welcomed the apology and called for a “systemic solution” from Swinney.