FM: ‘Serious doubts’ about whether Cambo should go ahead

Nicola Sturgeon has written to Boris Johnson asking him to reassess the oil and gas plans. 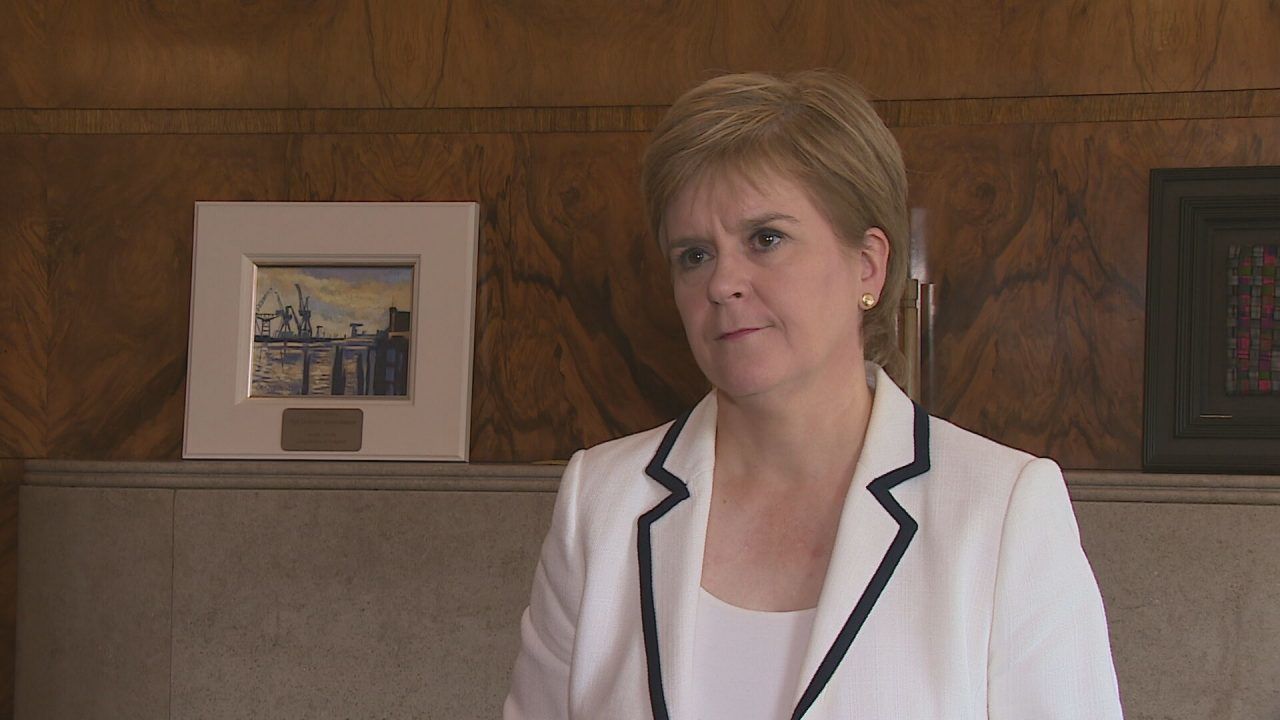 By Lewis McKenzie and Colin Mackay

Nicola Sturgeon has said there are “serious doubts” about whether the Cambo oil field development should go ahead.

The First Minister however indicated that it is not a “simple issue”, acknowledging the potential legal difficulties over any potential revocation of the licence for the plans.

It comes after Sturgeon wrote to Prime Minister Boris Johnson asking him to reassess the oil and gas licences already issued but where field development has not yet commenced.

Asked whether she is for or against Cambo, the First Minister told STV News: “I think there’s real doubts about whether it is consistent with our climate change obligations to go ahead with new oil and gas production.

“And that’s a pretty significant shift for my party and the government that I lead.

“But of course, I also have to recognise that in the case of Cambo, a licence has already been granted, so any government has to go through a process if it’s going to change that and that’s the process I’m asking the Prime Minister to commit to.”

She continued: “I wish they were simple issues, they’re not. There are issues of jobs, how we meet our energy needs, and how we develop alternatives

“But, if we are going to continue to tell ourselves that we can simply do new exploration and drilling of oil, then the question is do we ever really give ourselves the motivation to develop at the right pace the alternative that we need.”

Pressed again on whether she is for or against the Cambo development, she said: “I think I’ve set out, I know you want me to over-simplify these things, I think there is significant doubt, but a process has to be gone through.

“And I’m setting out what that process should be so that the climate and the climate emergency is at the heart of this decision.”

“I’m the First Minister, I’m not a campaigner, and therefore I have to recognise the legal and other realities that exist here.”

The First Minister said there has to be a process that allows a determination to be made on the development.

Asked once again for a yes or no answer on whether she supports Cambo, she said: “I think there is massive doubt about whether we should go ahead with new drilling for oil.

“But I recognise, because I’m the First Minister and I have to recognise these realities, that Cambo has a licence.

“So, if that is going to change, there has to be a process that allows that determination to be made.

“So that’s what I’m setting out and that’s what I will continue to argue for with the Prime Minister who holds this power.”

Sturgeon said that she has to recognise the legal realities of the process on licences.

She told STV News: “I think there are serious doubts about whether Cambo should go ahead, but I am saying that is has a licence and therefore, that has to be reassessed against the same strict tests that we should expect to be applied to new licences.

“I’m the First Minister, I’m not a campaigner, and therefore I have to recognise the legal and other realities that exist here in terms of achieving something that I think is right.

“And that’s what I’m seeking to do responsibly, but also in a way that meets our obligations to the planet, which I think is the biggest responsibility that all of us have.”