FM calls on UK Government to do more for Afghan refugees

Nicola Sturgeon has said more needs to be done to help resettle vulnerable people from Afghanistan. 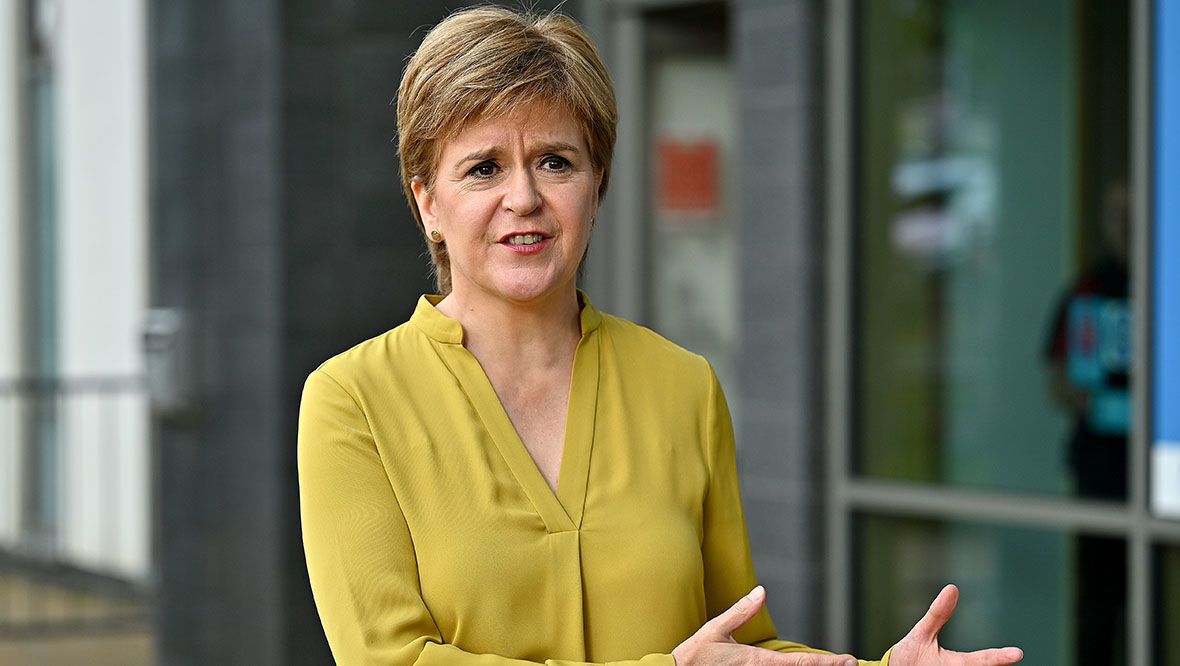 The First Minister has criticised the UK Government for failing to do enough to help Afghan refugees fleeing the Taliban takeover of the country.

The UK Government has announced plans to resettle 20,000 vulnerable Afghans – particularly women and girls – with 5000 arriving in the first 12 months.

Nicola Sturgeon said more needs to be done to help and Scotland stands ready to play its part.

The SNP leader told the PA news agency: “I don’t think the UK Government is doing enough or stepping up and meeting its responsibilities.

“Twenty-thousand (refugees) over what they’re describing as the long term – I don’t know exactly what they mean by that – doesn’t even live up to the Syrian resettlement programme.

“I think the commitment is only for 5000 in this first year.

“What’s unfolded in Afghanistan over the past days and weeks is horrifying and it has been contributed to because of the abrupt, unmanaged withdrawal of troops.

“I think countries across the world have a real obligation – for humanitarian and human rights reasons – not to simply abandon the people of Afghanistan, women and girls in particular, to the mercies of the Taliban and to whatever fate has in store for them.

“Instead, we must show willing to provide help, support and refuge, so I would call on the UK Government to build on its announcement today, for them to do more, and I will repeat the commitment that – just as we did in the Syrian resettlement programme – the Scottish Government stands ready to play our full part in helping meet that obligation.”

She said the Scottish Government is considering using its Humanitarian Emergency Fund to provide aid for Afghans.

MPs returned from recess for an emergency sitting of Parliament on Wednesday to debate the situation in Afghanistan.

Prime Minister Boris Johnson told the Commons it is an “illusion” to believe the UK alone could have prevented the collapse of Afghanistan after US troops withdrew.

“I think it would be fair to say that the events in Afghanistan have unfolded and the collapse has been faster than even the Taliban themselves predicted,” he said.

“What is not true is to say the UK Government was unprepared or did not foresee this.

“It was certainly part of our planning – the very difficult logistical operation for the withdrawal of UK nationals has been under preparation for many months.”

He said the priority was to evacuate as many of the remaining UK nationals and Afghans who had worked with the British in the country as quickly as possible.

Speaking in the Commons debate, the SNP Westminster leader Ian Blackford repeated calls for a future “judge-led inquiry” into the war in Afghanistan, saying it is needed to ensure “such a massive foreign policy failure is never again repeated”.

He also again called for a summit of the four UK nations to house those fleeing Afghanistan and said the UK Government’s approach to refugees needed “fundamental change”.

The Scottish Refugee Council’s chief executive Sabir Zazai said: “The UK Government’s announcement of an Afghan Citizens’ Resettlement Scheme is a welcome first step but we also need to provide immediate help to those fleeing the crisis in Afghanistan.

“The sad truth is that not everyone who needs to reach safety from Afghanistan will be able to do so through this scheme.

“The scenes at Kabul Airport are a reminder that people don’t get a choice over the way they escape.”

He called on the UK to commit to a “fair and humane asylum system”, drop plans for the Borders and Nationality Bill, give refugee status to Afghan nationals currently in the UK asylum system and commit to widening family reunion laws.