FM: Army vaccine help ‘not a favour’ to Scottish taxpayers

UK Government ministers have made public offers of support for the vaccine rollout in Scotland. 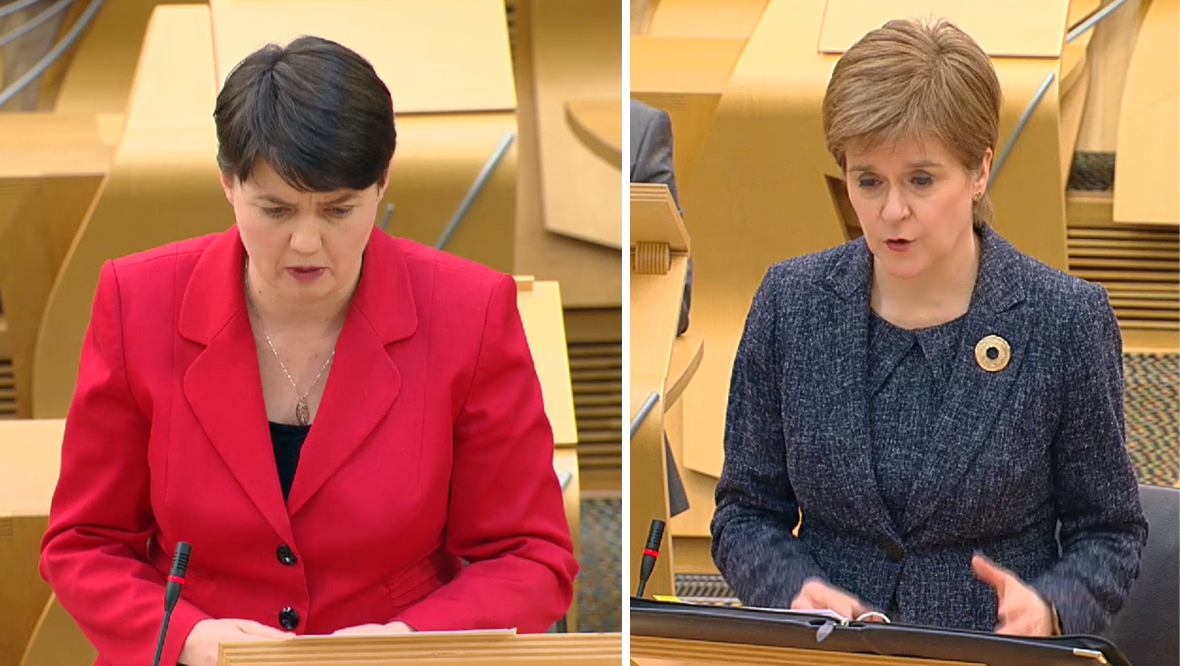 The First Minister has said support from the army with the vaccination programme should not be seen as a “favour”.

Armed forces members will begin vaccinating people in Scotland from Thursday, including at the Royal Highland Centre in Edinburgh.

They have previously been involved in setting up mass vaccination centres in different parts of the country.

Opposition parties have accused the Scottish Government of rolling out the coronavirus vaccine too slowly, and the UK Government has made public offers of support in recent days.

Nicola Sturgeon defended Scotland’s approach to vaccines and said the right people – care home residents, healthcare workers and over 80s – were being prioritised.

At First Minister’s Questions on Wednesday, the Holyrood leader of the Scottish Conservatives, Ruth Davidson, asked Sturgeon if she would accept support offered in a letter from Scottish secretary Alister Jack and repeated by UK cabinet minister Michael Gove.

Davidson said the Scottish Government needed to “catch up” with the rest of the UK.

Sturgeon said the military had been helping throughout, and thanked them for their efforts.

She said: “Any help the armed forces give to Scotland… is not a favour from the secretary of state for Scotland.

“It is our armed forces that the people of Scotland pay for through their taxes. We will continue to draw on the help of the armed forces.”

Gove earlier said the UK Government wanted to help with the vaccine rollout in Scotland whether it was through the NHS or “our armed forces”.

Meanwhile, Jack wrote to Sturgeon to “restate the UK Government’s full support in rolling out the vaccination programme and fighting the pandemic across the whole country”.

The First Minister defended the vaccine rollout in Scotland, by saying the highest daily number of vaccinations had taken place over the past 24 hours.

Sturgeon said that the vaccine numbers for Monday were 55% higher than last week, and the total for Tuesday was 59% higher than the same day last week.

She told parliament: “This vaccination programme is going well.

“We share our experience of having lower infection rates, we will continue to work with others to make sure we collectively get through this pandemic as safely and effectively as we can.”

From Thursday, army personnel will begin carrying out vaccinations in Scotland, alongside NHS staff.

Defence Minister Baroness Goldie said: “The Armed Forces are an important part of the vaccine roll out in Scotland. They lift spirits and boost morale and I am delighted that they will be joining together with our marvellous health-care workers to ensure the vaccine is delivered to as many people as possible, as quickly as possible to protect the most vulnerable.

“Our service men and women have provided expertise, resilience and flexibility to NHS Scotland in this huge logistical undertaking and these additional medics will provide surge support where it is most needed to administer the vaccine.”