The First Minister said independence could help create a 'new Scotland that is wealthier, fairer and more resilient'. 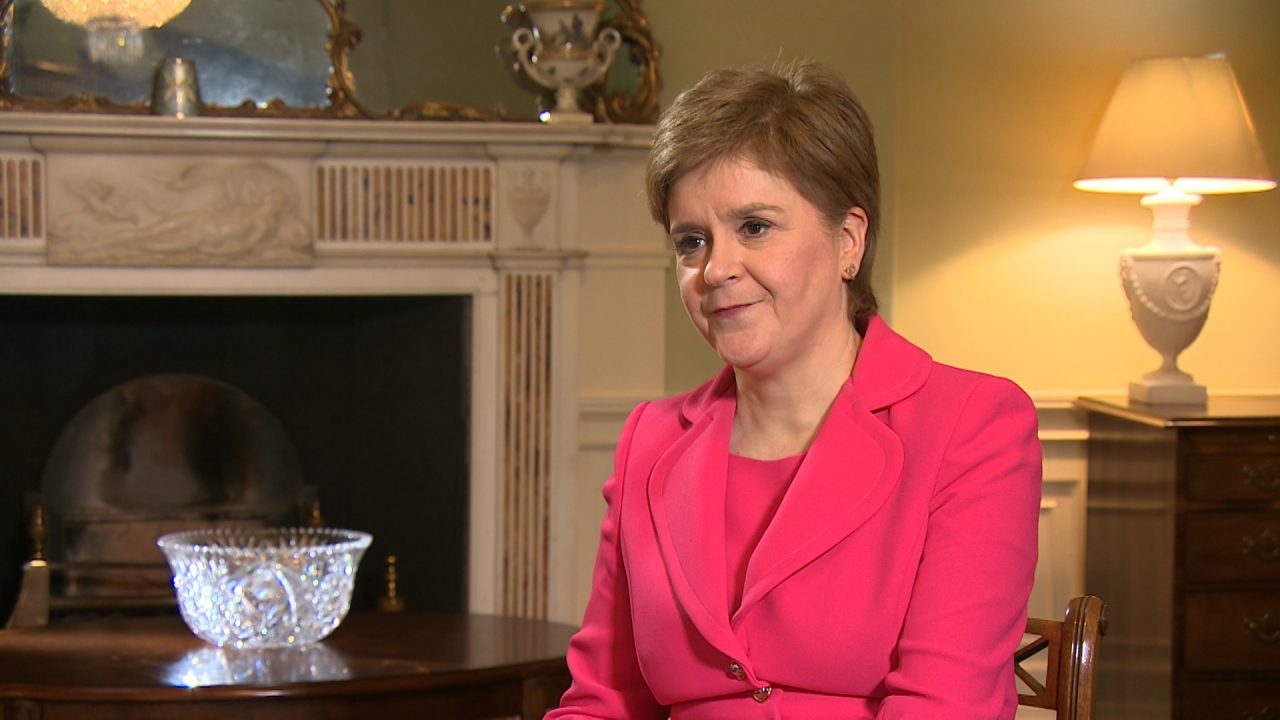 Nicola Sturgeon is to fire the starting gun on a fresh bid for Scottish independence with the release of a new paper outlining the case for leaving the United Kingdom.

The First Minister confirmed the publication of the first in the ‘Building a New Scotland’ series on Tuesday – exploring how the country would rank alongside its European neighbours should a referendum on the issue pass.

In an exclusive interview with Scotland Tonight, she said she was exploring the legal process required for a referendum to take place.

The First Minister said her government had a mandate to pursue another referendum on independence in the wake of last year’s Holyrood elections as she prepared to launch an initial paper on the case for self-determination.

Scotland voted to remain part of the UK in the poll seven years ago by a margin of 55% to 45%, but overwhelming supported staying part of the EU in the Brexit ballot.

However, opponents have accused her of “wilfully ignoring Scotland’s priorities” in the midst of the cost of living crisis.

Further papers concentrating on different policy areas are expected to be published over the coming months.

The document will be officially launched at a press conference alongside Scottish Greens leader Patrick Harvie in Edinburgh.

“A year ago the people of Scotland voted for a Parliament with a clear majority in favour of independence and for a referendum once the Covid crisis was over,” she said ahead of the report’s publication.

“In line with that mandate, we are committed to giving people the information they need and tomorrow we will make the case afresh with the launch of the first in a series of papers called the Building a New Scotland series which will form an updated independence prospectus.

“Having the full powers of independence does not guarantee a better future – that will depend on the abilities of the people who live here and the quality of the decisions they make – but it is striking just how successful neighbouring countries of Scotland are, compared with the UK.”

She added: “They can help point the way to a new Scotland that is wealthier and fairer, more resilient and better placed to help people with issues such as the cost of living crisis than a UK Government committed to a hard Brexit whatever the cost.”

The prospectus will not contain the bill to legislate for the referendum vote itself, though further releases are expected to deal with issues including currency, defence and potential membership of the European Union.

“The Building a New Scotland series will set out openly the challenges a newly independent Scotland would face,” she added.

“How [those challenges] could be overcome as well as the opportunities that come with independence – as demonstrated by the success of comparable independent nations as well as our own resources and talents.

“Scotland’s future is a matter for all the people who live here and I look forward to the debate on how we can build that new better country we know is possible.”

Sturgeon previously said she hopes a referendum can take place “by the end of 2023,” however she added further information on that timescale would become available in “weeks to come”.

He added: “The vast majority of Scottish people don’t want the distraction of another referendum next year. They want the government 100% focused on our recovery from the pandemic, the global cost-of-living crisis, supporting our NHS and protecting jobs.

“Yet Nicola Sturgeon is recklessly pressing ahead with her obsession anyway. This is nothing short of shameful when the country is facing so many momentous challenges.

“The Scottish people want to see an SNP Government focused on key tasks such as building ferries, not on breaking up the UK.”

Scottish Labour’s constitution spokesperson, Sarah Boyack, said: “People are struggling to put food on the table during the worst cost of living crisis in a decade but the SNP-Green government’s attention is still on their constitutional obsession.

“We should be working together to tackle the cost of living crisis now – but instead the SNP-Green government want to tear us apart.

“This is an appalling waste of time, energy and money when our public services are being cut to the bone.”