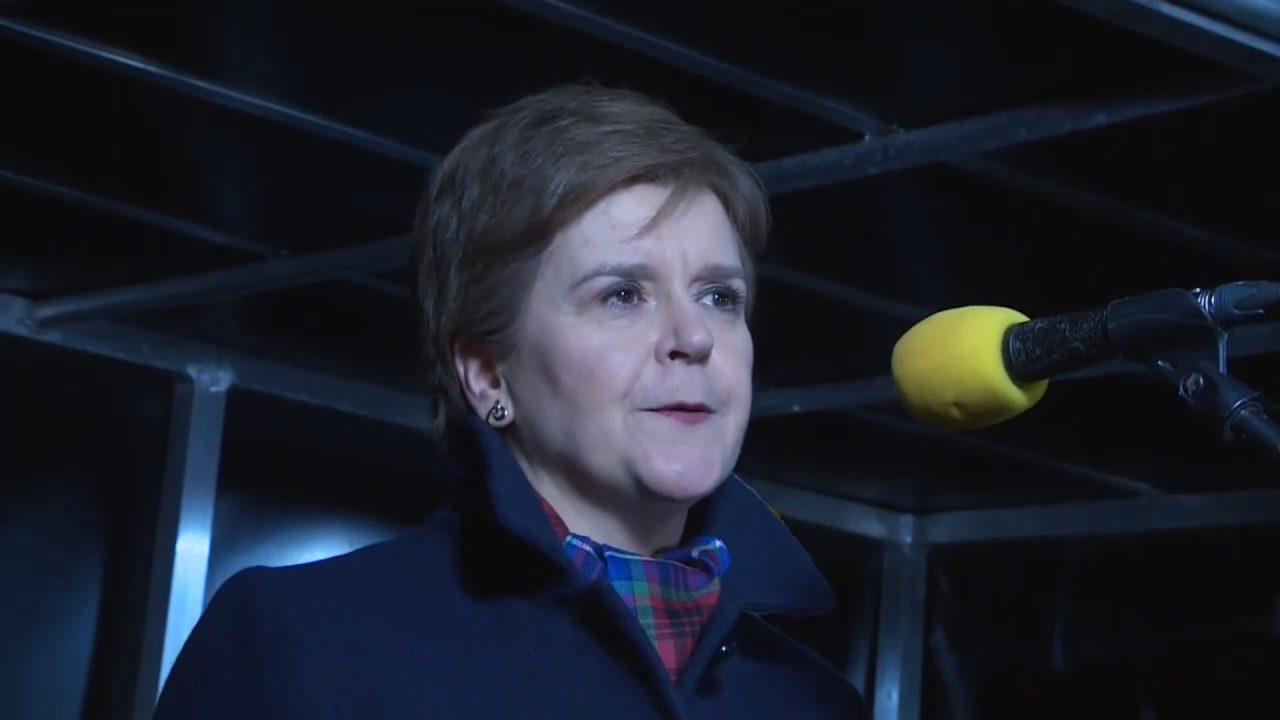 Nicola Sturgeon has insisted that the United Kingdom is not a partnership of equals in a speech outside the Scottish Parliament.

The First Minister addressed a crowd gathered in Edinburgh on Wednesday evening following the Supreme Court ruling in London.

It comes after judges on the court unanimously concluded that it would be outside the competence of the Scottish Parliament to hold a referendum.

Prime Minister Rishi Sunak earlier described the verdict as “clear and definitive”, as he stated that the people of Scotland want politicians to work together on addressing the major challenges they face.

Sturgeon suggested that the ruling would provide “temporary relief” for politicians in favour of the United Kingdom,

She told the crowd in Edinburgh: “We are here as representatives of Scotland’s independence movement, a movement that will grow in numbers with every day that passes.

READ MORE: Nicola Sturgeon: ‘Scottish democracy will not be denied’

“Any partnership in any walk of life that requires one party to seek the consent of another to choose its own future is not voluntary, it is not a partnership at all.

“And while today’s ruling may create temporary relief on the part of unionist politicians and parties, they should know the hardest questions that have been posed today are questions for them because they are questions about the future and the basis of the United Kingdom.”

Ross also vowed that he would never provide a “route map” towards Scotland exiting the UK.

“That’s why we were given the opportunity just eight years ago to make that decision and the people of Scotland decided,” he said.

“I will never, as someone who passionately believes in Scotland’s place in the United Kingdom, give a route map for separation because I never want that.