Sturgeon: 'UK Autumn Statement repeating mistakes of the past'

The First Minister said the chancellor's statement was a 'reintroduction of austerity'. 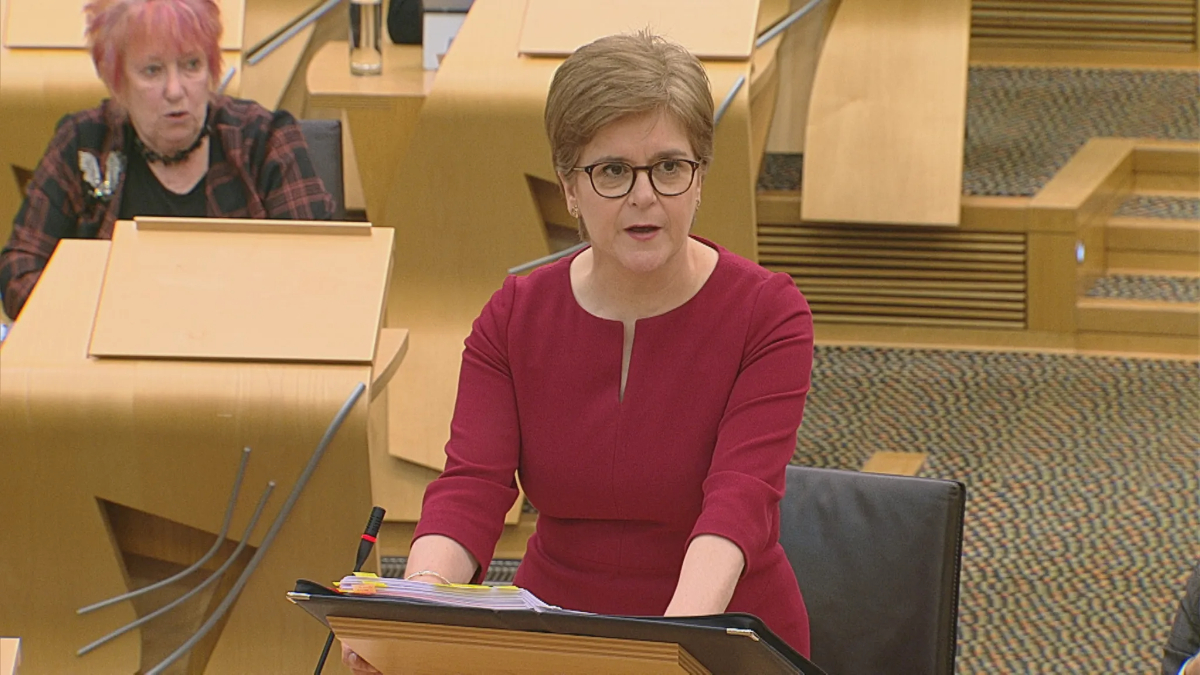 Nicola Sturgeon has accused the UK government of “repeating mistakes of the past” following the announcement of Jeremy Hunt’s Autumn Statement.

The First Minister derided the UK chancellor’s financial plan as “a reintroduction of austerity” after £30bn worth of cuts were unveiled in the Commons.

Sturgeon welcomed the injection of a further £1.5bn into Scotland’s health service and schools as a result of Barnett consequentials, but warned the plans were likely to “worsen the extreme” pressures already faced by families and households during the cost of living crisis.

The statement came after the Office for Budget Responsibility (OBR) confirmed the UK was now in recession after months of economic turmoil.

First Minister’s Questions overlapped with the budget statement, but Sturgeon said her initial reading of the statement was that an “alternative approach” was required to avoid “prolonging a recession”.

“Austerity, which they appear to be reintroducing, does not work and will have significant consequences for people, for businesses and for public services,” she said at Holyrood.

“These plans are likely to worsen the extreme pressures already being faced as a result of inflation and rising interest rates.

“The UK is almost unique among wealthier countries in reintroducing austerity, it is the wrong approach and will have a significant adverse impact on people and public services across Scotland.”

Scottish Tory leader Douglas Ross had earlier criticised the FM for her management of the CalMac ferry building delay as he reacted to the announcement that BAE Systems had been awarded a contract to build five new type 26 frigates in addition to three already under construction on the Clyde.

He branded the £4.2bn deal a “massive boost to Scottish shipbuilding,” adding it was only possible while part of the United Kingdom.

Ross contrasted that with the fortunes of the MV Glen Sannox and as yet unnamed Hull 802, both of which are now late and massively over-cost.

But the FM hit back by pointing out the original plans introduced by Westminster in 2010 were not for five new vessels, but 13.

She further accused Ross of attempting to “rewrite history” over the remarks.