Humza Yousaf has been appointed as health secretary, amongst other key cabinet appointments. 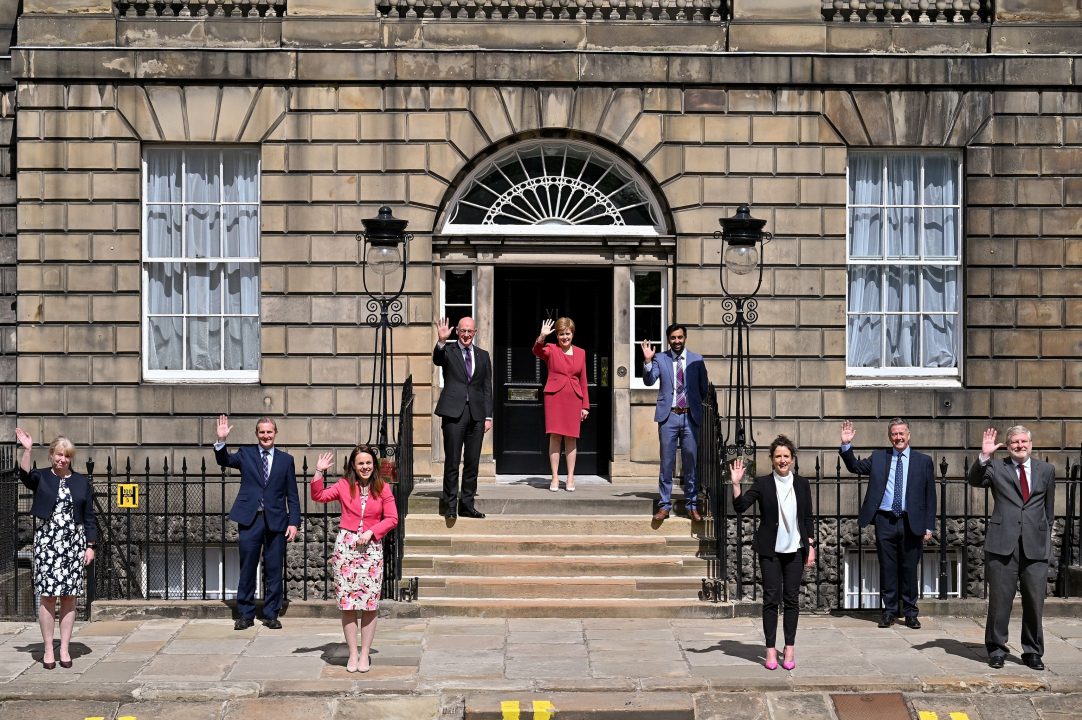 Nicola Sturgeon has announced her new cabinet team after being re-elected as First Minister.

Humza Yousaf, who had held the post of justice secretary, has been named as cabinet secretary for health and social care – a role which will also include establishment of the National Care Service.

Kate Forbes takes up an expanded role as finance and economy secretary, and will have responsibility in areas including the Scottish Budget, fiscal policy and taxation, and economic strategy.

Shirley-Anne Somerville becomes cabinet secretary for education and skills, taking over the role from John Swinney who on Tuesday was named as the minister for Covid recovery.

Michael Matheson takes on a new role as cabinet secretary for net zero, energy and transport, a role which will include responsibility for Cop26 delivery.

SNP depute leader Keith Brown replaces Humza Yousaf as justice secretary and will have responsibility for reform of the justice system.

Angus Robertson, who was previously the SNP’s Westminster leader, takes on the role as cabinet secretary for the Constitution, External Affairs and Culture.

Mairi Gougeon has been name as rural affairs and islands secretary, whilst Shona Robison returns to the frontbench as cabinet secretary for social justice, housing and local government

George Adam, previously chief whip, has taken on the role of minister for parliamentary business.

Richard Lochhead had been responsible for further and higher education and is now in charge of just transition, employment and fair work.

Kevin Stewart has become minister for mental wellbeing and social care, having previously held the post for housing.

The new further and higher education minister is Jamie Hepburn, formerly in the business department.

Mairi McAllan, formerly one of the First Minister’s special advisers, is now minister for environment, biodiversity and land reform.

Graeme Dey is now transport minister having previously been minister for veterans as well as parliamentary business.

Ash Denham has held onto her position as minister for community safety.

Christina McKelvie has also stayed in position as equalities and older people minister.

Jenny Gilruth remains as minister for Europe and international development.

After announcing her cabinet, Sturgeon said: “I’m delighted to announce the Scottish Government’s new cabinet team. Scotland needs a serious government for the serious times we face as a nation, and in the top level ministerial line-up I have announced today we have exactly that.

“It is a government which will drive Scotland forward, as we look to build a just, fair and sustainable recovery from the Covid pandemic.

“My cabinet team combines experience with new arrivals and fresh faces, giving us the range and depth of talent we need to tackle the pressing issues we need to tackle, from covid to climate change.”

Sturgeon said that now is not a moment to “shirk” from the magnitude of the challenges ahead.

“This term of office is unquestionably the most important one the nation has faced since devolution, more than 20 years ago,” she said.

“We are dealing with the joint challenges of a global pandemic and recovery from it, the ongoing tests posed by Brexit and the urgent, pressing need to take forward our net zero agenda as part of the global efforts to secure a greener future.

“The magnitude of these challenges is clear, but now is not a moment to shirk from those tasks but to embrace them. In the next five years, we have a chance to shape Scotland permanently for the better, creating a healthier, happier, fairer, more prosperous and more sustainable country for everyone who calls Scotland home, establishing a positive legacy for future generations.

She added: “The immediate challenge is the focus on recovery and the part that all policy portfolios can play in that. But, as I have made clear, when the crisis is over and the time is right, Scotland must and will have the chance to choose its future in line with the unquestionable democratic mandate for that choice.”