Fans travelling to London ‘had impact on case numbers’

The health secretary said fans travelling on buses to London has had an impact on Covid case numbers. 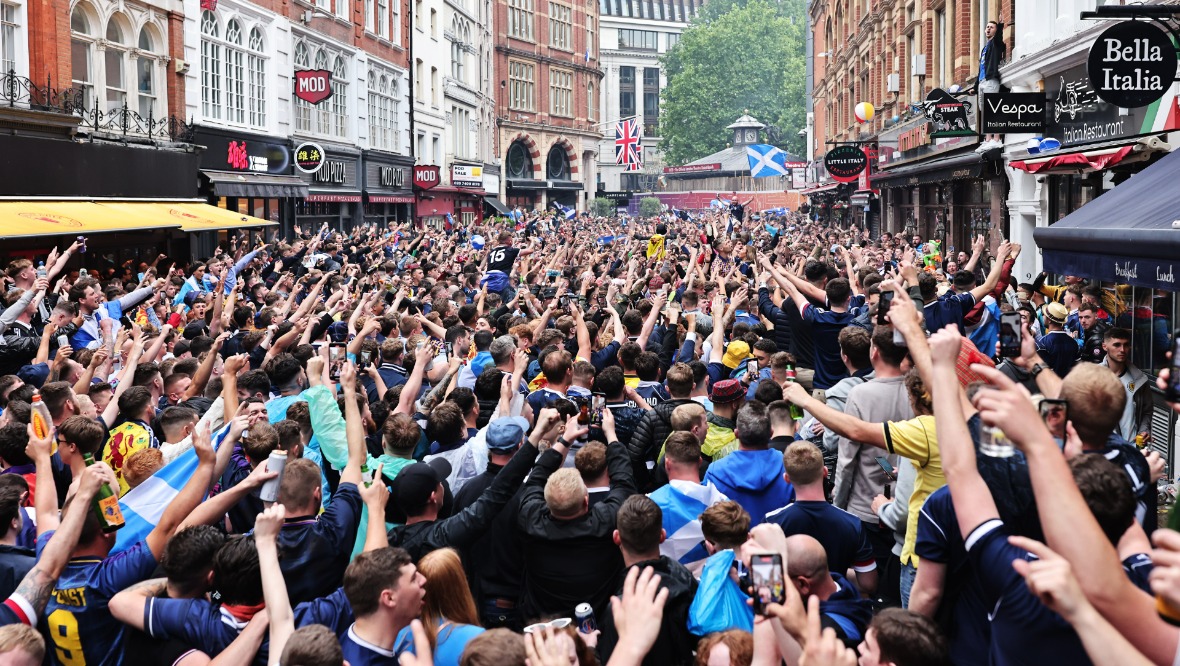 Humza Yousaf has indicated that football fans travelling to London had an impact on the rising number of Covid cases in Scotland.

It comes after Scotland recorded the highest number of daily cases of the virus since the start of the coronavirus pandemic.

Scotland’s health secretary said he thinks some of the positive cases recorded in the country are associated to people watching football indoors.

Asked on the BBC’s Good Morning Scotland programme what is fuelling the rise in cases, he said: “We have some indications.

“If you look at the data that’s presented, it’s very clear that it’s skewed disproportionately towards young males, those under 40.

“And again, a number of people, public health experts and others, have commentated that that association is probably as a result of greater indoor gathering, which could be of course in effect related to watching the Euros and football.

“So, that might account, but also some of those fans we know that travelled to London, in coaches for example, high-risk, little social distancing if any, that… but also, have had an impact on the numbers that we’re seeing currently.

“I remember hearing Jason Leitch, and I think he spoke about this quite publicly, that one coach for example there was over 20 positive cases in simply one coach that was travelling back from London.

“So, I think some of the positive cases are linked to, associated with, watching football indoors.”

Yousaf said that there is “only so much” the Government can do to curb case numbers and urged people to exercise caution.

Asked if the Scottish Government should have done more to prevent Scotland fans travelling, he said: “Well, again, we can look back at what more we could have done, but with the greatest of respect, we seem to get criticised regularly for putting in place travel restrictions.

“So, I think one way or the other, we would have been criticised for either doing too much or not doing enough.

“Ultimately too, when it comes to other people that may have been travelling to London to see family, would it have been right to have in effect punished them for the behaviour of some football fans?

“So, again, we will always review these things with the fullness of time, but we do ask people very regularly to exercise caution.

“There is only so much I think the Government can and should do. People understand, and should understand, the virus has not gone away, as you can see with these case numbers, and therefore we really need people to exercise caution and use their judgement.”

Speaking at the Scottish Government’s briefing later on Tuesday, First Minister Nicola Sturgeon said the spike in cases may have passed its peak.

She said: “When we look at cases over the past week by the date the specimen was taken, as opposed to the date on which we report the test result, which are the numbers we report on a daily basis, then what we see is a peak in cases last Tuesday, and since then we have seen what appears to be a slowing down of the rate of increase.”