Chief secretary to the Treasury Steve Barclay turned down a request for borrowing powers for Scotland. 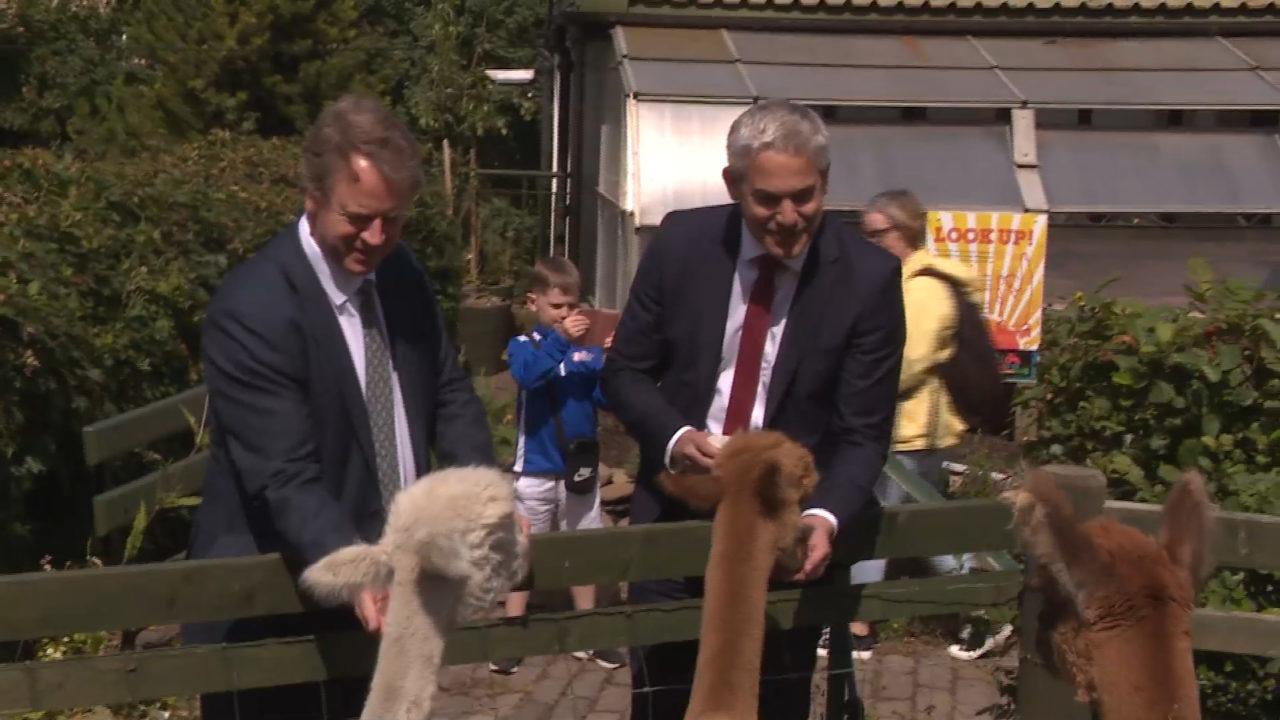 An extra £1.9bn of Covid-19 funding from Westminster should ensure Scotland does not need more fiscal powers, the chief secretary to the Treasury has said.

Steve Barclay said the uplift, which has seen a total of £3.7bn handed to the devolved nations, was in response to a request from the Scottish Government.

Barclay met with Scottish finance secretary Kate Forbes on Friday afternoon, hours after she again asked for greater flexibility on fiscal matters and the ability to borrow more.

Similar repeated requests have been made, including one alongside the finance ministers in Wales and Northern Ireland, but all were turned down.

Speaking during a visit to LOVE Gorgie Farm in Edinburgh with Scottish secretary Alister Jack, Barclay said: “What the Scottish Government said is that they wanted greater flexibility to be able to deal with some of the uncertainty of the pressures from Covid and they gave us an estimate as to what that cost would be.

“We’ve listened to that and we’ve responded with something that’s not been done before, which is giving that in-year clarity as to the additional Covid funding for the rest of the year.”

He said £6.5bn has been invested in Scotland since the beginning of the pandemic to aid the response.

He questioned how Scotland would borrow the extra funding it seeks.

Barclay said: “It’s difficult to see even what currency the Scottish Government would be borrowing under.

“The UK, through pooling its resources, is able to borrow at low interest rates.

“Through the block grant, Scotland benefits in terms of its funding – £125 per head compared to £100 in England.

“But the measures today are in addition to that and they sit within the wider package of UK support, and that’s because across the UK we’re better able to weather the storm of the Covid crisis.”

When asked about the prospect of Scottish independence or another referendum on the issue in the near future, the chief secretary echoed comments made by Boris Johnson when he visited Scotland on Thursday that the union has worked for Scotland and the rest of the UK in the response to Covid-19.

Barclay also highlighted that 60% of Scottish trade is with the rest of the UK.

Questioned on if an independent Scotland could make a trade deal with the rest of the UK in the same way the UK Government is currently attempting to with the EU, he said: “The question would be for the Scottish Government as to what sort of trading relationship they were hoping to secure.”

Barclay also claimed the people of the UK want to see politicians “coming together” to protect jobs and the economy during the pandemic.

Forbes said she had had “constructive” virtual discussions with Barclay, but insisted more powers were needed.

She stated: “The £800m of additional new funding the UK Government announced yesterday is welcome and provides us with additional certainty.

“But if we are to meet the challenges of coronavirus we also require additional fiscal flexibility, and it is disappointing the UK Government failed to agree to this today.

“The powers we and the other devolved governments seek are reasonable, straightforward and would not cost the UK Government a penny.

“At the moment, for example, I can’t take money from the capital budget, which we have been unable to spend because of Covid-19, and use it for revenue.

“Yet it is revenue that pays for our health services and schools, supports businesses and keeps our transport systems running.

“Unlike other countries across the world, we cannot respond quickly to emerging needs by borrowing, leaving us overly dependent on policy decisions made by the UK Government.”

Ms Forbes added: “We require these powers now to make the decisions needed to grow our economy and create jobs. Along with the Welsh and Northern Ireland governments, we will continue making this urgent case to the Treasury.”