Ross says Conservatives must listen to anger of voters over partygate

The party had poor results across the UK in the local elections. 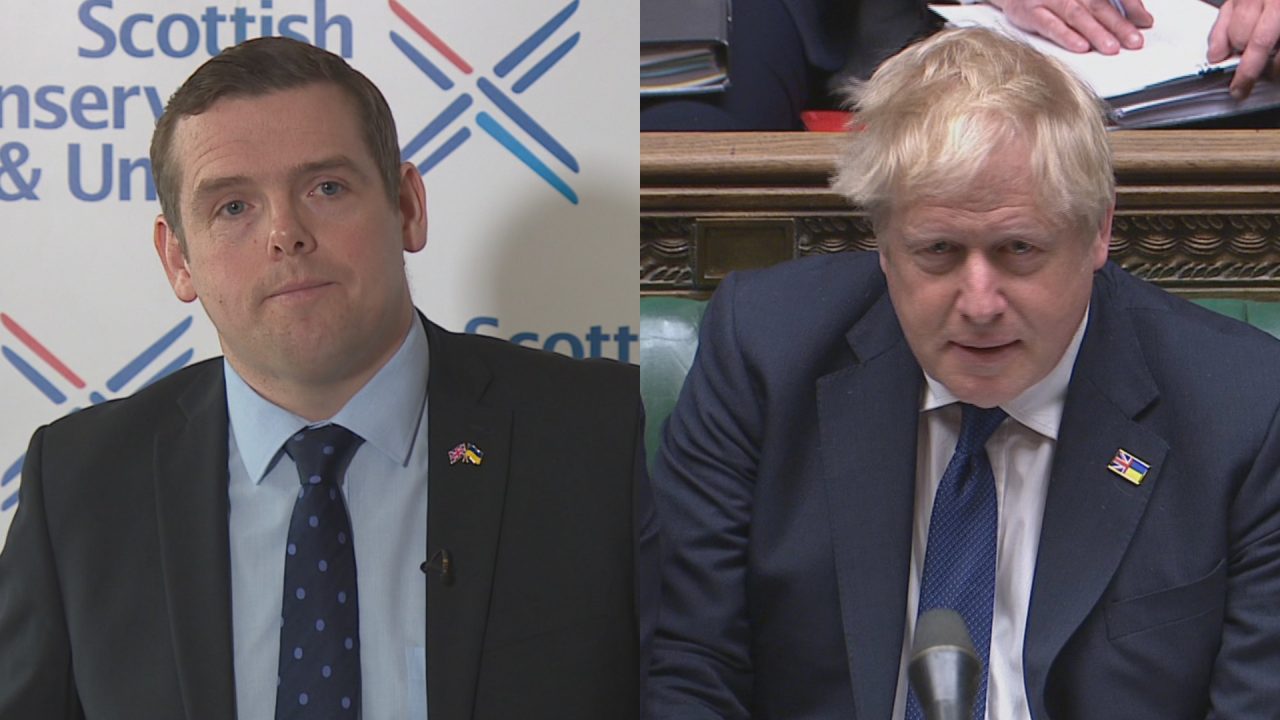 Douglas Ross has said the Conservatives must listen to the anger of voters over partygate, after the party faced huge losses across the UK in the local elections.

The Scottish Conservatives lost 63 councillors across Scotland as votes were counted on Friday, with the SNP, Labour, the Scottish Greens and the Liberal Democrats all making gains.

It was a bruising day for the Conservatives, who also lost 341 councillors in England and 86 councillors in Wales, with the party even losing the stronghold of Westminster Council in London.

Prime Minister Boris Johnson admitted that it had been a “tough night” in parts of the country, whilst Labour leader Sir Keir Starmer hailed it as a “big turning point” for his party.

And SNP leader Nicola Sturgeon described the results for her party – which won its 11th successive election in Scotland – as “stupendous”.

Speaking to STV News on Saturday, Ross outlined the importance for him to now “win back the trust” of voters who did not turn out to back his party.

“It was disappointing. We lost some really good councillors and some great candidates didn’t get elected,” he said of the election results.

“But overall, we had 214 councillors returned, which is our second biggest number of councillors for many, many years.

“In some areas, like my own here in Moray in Aberdeenshire in the North East, we went forward.

“The SNP actually went backwards in Moray, in areas in the Borders and Dumfries and Galloway we did well. We gained in Argyll and Bute.

“So there have been areas where we were more successful, but that doesn’t take away from my disappointment that many of our great candidates didn’t get elected.

“And it’s for me to work hard now as leader to win back the trust of voters who largely stayed at home, decided to protest by not voting.

“And I’ve heard that, I understand why and I want to do everything I can as leader and we as a party to win them back.”

The Scottish Conservative leader insisted that his party has “got to listen” to the unhappiness of voters.

“This was not just a Scottish problem, this is an issue that we’ve seen in parts of England, particularly in London and in Wales,” he said.

“So we’ve not been immune from the situation and certainly on the doorstep, and people who we were contacting on polling day, were saying it was because of the Prime Minister and partygate that they haven’t voted this time.

“So we’ve got to listen to that, that anger and that unhappiness that voters had and seek to win back their trust as quickly as possible.”

But, Ross insisted that Scottish Conservative councillors are “real champions” for local communities as he said that he is “not shying away” from the issues.

“That result we had 12 months ago was the best ever result Scottish Conservatives have had at a Holyrood election, and I think we can build on that and go forward,” Ross explained.

“But there’s no doubt that partygate has, you know, caused us problems here in Scotland for these elections.

“And I feel sorry for all of the councillors who weren’t returned and the candidates who didn’t get in as a result of that.

“I’m not shying away from issues either. You know, I take my share of the responsibility and that’s why I’m determined to work hard now to win back that support so when these candidates stand again in five years they get returned and they deliver for their area.

“Because we know that Scottish Conservative councillors are real champions for their local community and deliver for local people.”

Ross added that the party must now look at the situation across the UK.

Asked if the Conservatives can win another election with Johnson as leader, he said: “I think there’ll be an awful lot of discussions between the Prime Minister and his advisers looking at these results across the whole of the United Kingdom.

“And these are deeply disappointing results for the Conservative Party because no one can underestimate the scale of losing councils such as Westminster.

“It was established in the mid-sixties and has been Conservative-run in its entirety that whole time. Even in the peak Labour years under Tony Blair, Labour couldn’t win councils such as Westminster.

“So the whole party has to look at this situation across the UK and the results here in Scotland are for me to look at and for me to address and work on with my team of MPs, MSPs, councillors, and activists in the same way I’m sure the Prime Minister is looking at the results across the whole country.”