Ross has pledged to support whoever is elected as the next leader of the Conservatives. 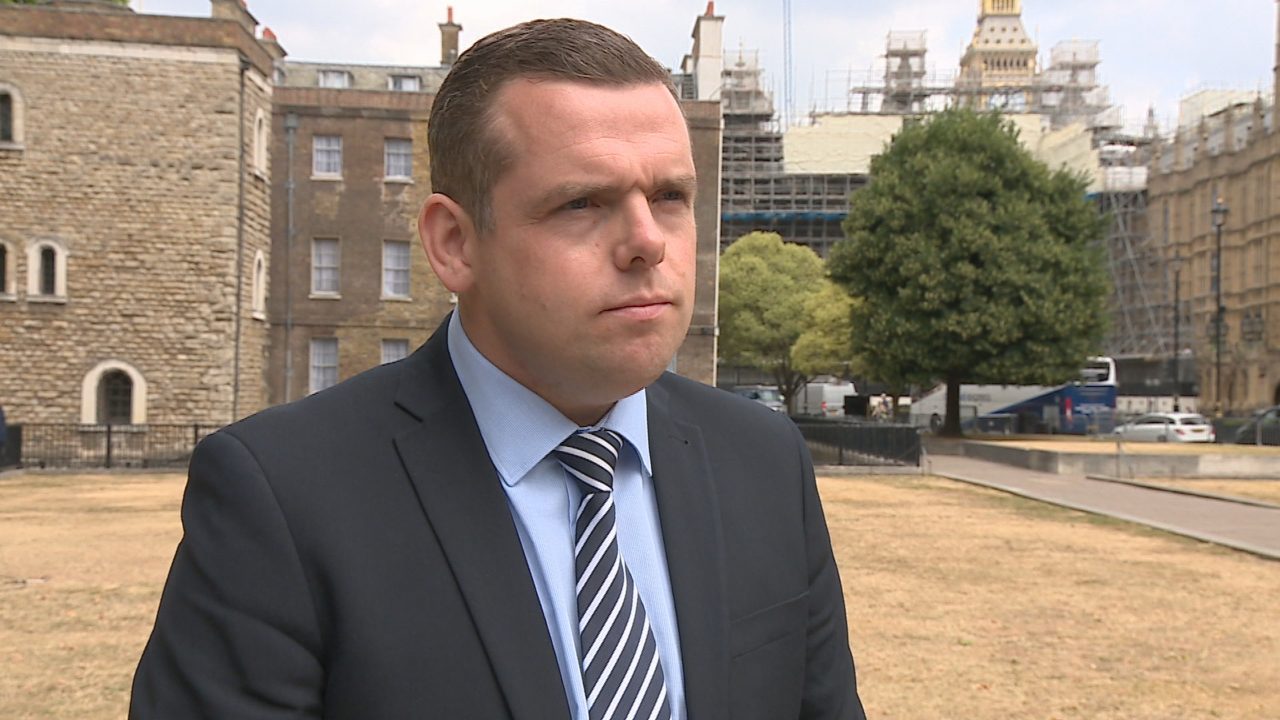 Douglas Ross has ruled out endorsing either candidate in the Conservative Party leadership race.

However, he has pledged to work whoever is elected as Boris Johnson’s successor when the results are declared in September.

Rishi Sunak or Liz Truss will become the next prime minister after the contest was whittled down to the final two candidates.

The results were declared by the backbench 1922 Committee, of which Ross is a member, on Wednesday.

Despite having voted for his preferred candidate during the contest, the Scottish Conservative leader explained he has decided to keep that decision private.

Speaking to STV News, Ross also said that he has “made it clear” that the next prime minister, and other UK ministers, should visit Scotland as much as possible.

“I’ve decided to completely stay out of the race in terms of endorsing any particular candidate,” said Ross.

“As leader of the party in Scotland, it’s incumbent on me to work with whoever is elected as leader and the next prime minister.

“And I think the best way to do that is working with whoever’s elected after September 5 and not coming out and declaring for either of the candidates.”

Ross insisted that the next leader of the Conservatives will have his full support.

He said: “I’ve decided throughout this process that I wouldn’t declare,.

“When we had eight candidates I said I wasn’t going to declare for anyone.

“I was obviously voting as part of the 1922 Committee in all the stages.

“But I’ve kept that decision to myself because I think it’s right that whoever is the next leader and the next prime minister will have my full support in Scotland as we continue to take the fight to the SNP, highlight their failings in Scotland and what the UK Government can do right across the country.”

The Scottish Conservative leader called for “more focus and more visibility” in Scotland from the next prime minister.

He told STV News: “I’ve certainly made it clear I want to see the next prime minister up in Scotland as much as possible.

“But not just the prime minister, but senior ministers of the UK Government because they are ministers for the whole of the United Kingdom.

“And I think it’s absolutely right that they are up and out in Scotland meeting with individuals, businesses, charities, the third sector, because Scotland has two governments.”

He continued: “The SNP don’t like it when the UK Government ministers come up to Scotland, but that’s absolutely the wrong approach.

“I think it would be far better if the Scottish and the UK governments worked together for the people of Scotland.