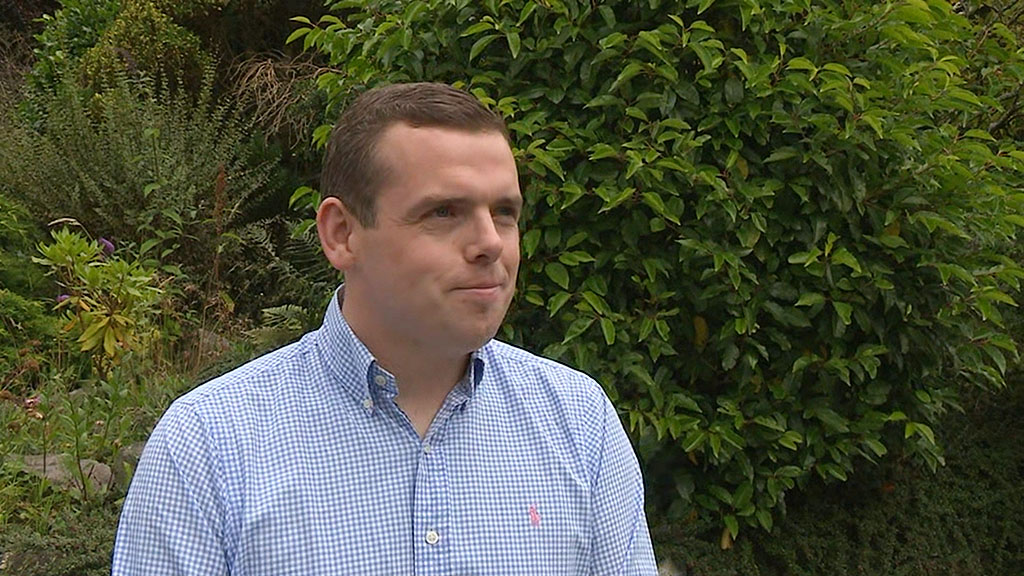 Whether it’s the economic and public health implications of the ongoing coronavirus pandemic, quelling a rise in support for Scottish independence, or setting out his stall for next year’s Holyrood election, Ross will not be afforded the luxury of settling into his new role.

Currently an MP for Moray, Ross says he plans to keep his place in Westminster after “making a commitment” to constituents to see out his five-year term.

He plans to contest his old seat – the Highlands and Islands – at next year’s Holyrood election, having previously represented the area in the Scottish Parliament.

What is your reaction to the latest lockdown measures in Aberdeen?

It’s very concerning, the increase in the number of cases now up to 54, it’s a clear message that this virus has not left Scotland or the UK; it’s still very much present here. The restrictions that have been reintroduced and will be reviewed again in seven days shows how important it is that we continue to work as communities and individuals to stop the spread of this virus and I think it’s also important that the UK and Scottish Governments continue to work together to fight the virus, to save lives and livelihoods.

As Scottish Conservative leader, you’ll be in Westminster. You won’t be able to hold the Scottish Government to account over this, you’re going to be largely irrelevant and the big on the biggest issue, aren’t you?

Well, as you know Colin, (former Scottish Conservative leader) Ruth Davidson has agreed to come back in and field First Minister’s Questions but I’m from Scotland, we’re here in Moray today, I’ll be very present for the next nine months ahead of the general election campaign for the Scottish Parliament and you’ll be hearing a lot from me on important matters such as the increase in restrictions in Aberdeen but other policies going forward as well.

But it will be like you’re shouting from the sideline won’t it?

Colin, you’ll know very well that this is a tried and tested method. Obviously, Alex Salmond was an MSP, an MP, leader of the SNP.

But you’re not Alex Salmond.

Well no, there are differences between me and Alex Salmond and I think that’s positive but there’s a precedent there that people could do that and have done that in the past.

Also, Nicola Sturgeon when that was the case, was deputy leader of the SNP. Ruth Davidson’s not going to be your deputy leader is she? You’ve got two deputy leaders in Holyrood (Annie Wells MSP and Liam Kerr MSP), you’re completely ignoring them.

No, I’m not and it was up to anyone in the Scottish Conservative, if they wished to put themselves forward. Obviously, earlier on today it was announced that I was the only candidate with the required nominations to stand for leader of the Scottish Conservatives. And over the next few days, after a discussion I’ve had with the MSP group earlier on today I’ll be reviewing the positions within the shadow cabinet and throughout the party and looking to get the best team on the pitch ahead of the elections next May.

You left Holyrood for the Commons, Ruth Davidson is about to leave Holyrood to go to the Lords. Is the Scottish Parliament second best for the Conservatives?

Absolutely not and what the Scottish Parliament should be about is the debate and the aspiration for the future of Scotland and what we’ve seen over the last six years since the independence referendum is division and discord across Scotland. I want to get away from that and have a positive message on the economy, on the health service, on education. That’s what we should be focusing on and we’ll be doing in the Scottish Parliament.

Which suggests you’ve had a negative message thus far and it hasn’t worked for you. Are you a change of leader for the next election or is this for another independence referendum?

No, this is absolutely, we shouldn’t be looking at the division of the past, we settled that once-in-a-generation argument just six years ago and what we shouldn’t keep doing is going back to that constitutional argument because that suits the SNP, that suits the Scottish Government, because it doesn’t then shine a light on their domestic record, which when you look at education, the NHS, the economy, there are major issues on those domestic policies that we should be challenging the SNP on, to lift the debate to the challenges this country faces.