Douglas Ross: Johnson’s position as PM is ‘no longer tenable’

The Scottish Conservative leader has called on the Prime Minister to resign. 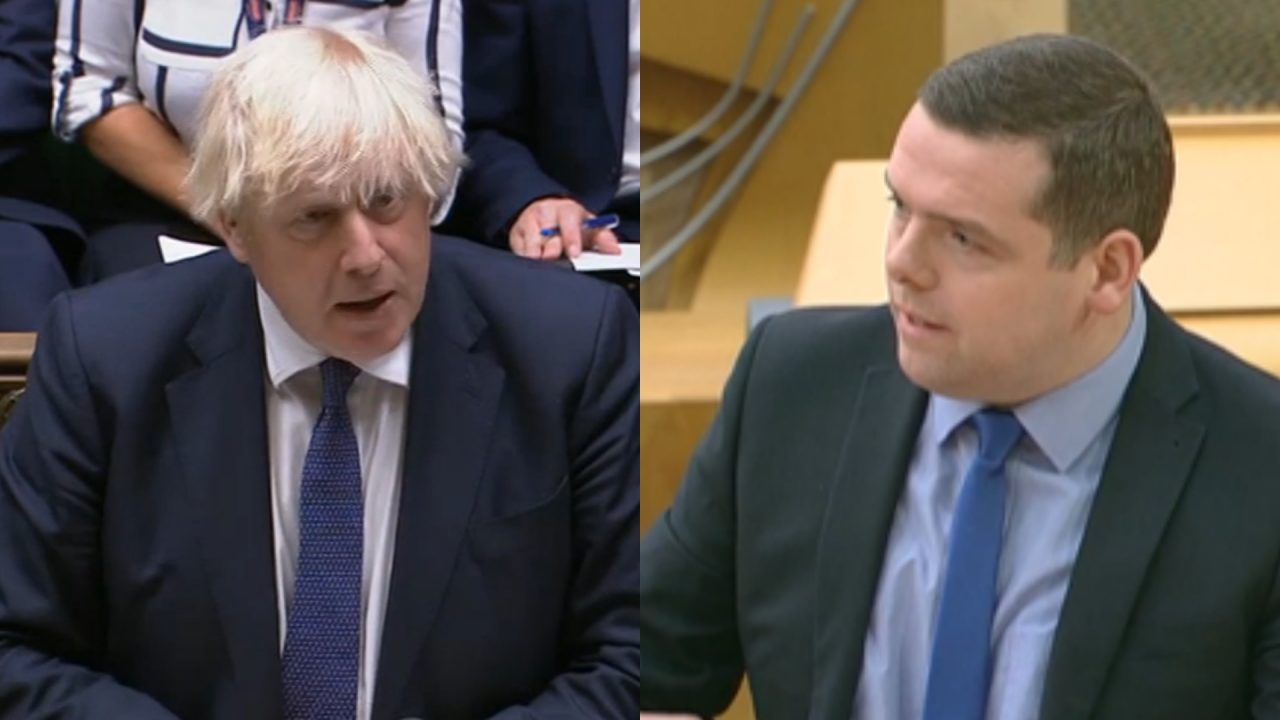 The Scottish Conservative leader becomes one of the most senior members within the party to have openly called for his resignation.

Ross had earlier made clear that if Johnson had attended the gathering at Downing Street in May, 2020, then he could not continue as Prime Minister.

Johnson was grilled at PMQs on Wednesday over the issue, and admitted that he had attended the gathering.

However, he also insisted he believed that it had been a work event.

Speaking to STV News, Ross explained he has now spoken to the Prime Minister and set out his position.

“I said yesterday if the Prime Minister attended this gathering, party, event, in Downing Street, on May 20, then he could not continue as prime minister,” said Ross.

“So, regretfully, I have to say that his position is no longer tenable.”

Asked whether he believes that Johnson should resign, Ross said: “I made that clear.

“There was one single question to answer yesterday, indeed since Monday night when we saw this invitation which was more than a hundred people asking them to join others in the Downing Street garden and bring their own booze.

“If the Prime Minister was there, and he accepted today that he was, then I felt he could not continue.

“What we also heard from the Prime Minister today was an apology and he said with hindsight, he would have done things differently.

“Which for me is an acceptance from the Prime Minister that it was wrong and therefore… I don’t want to be in this position, but I am in the position now where I don’t think he can continue as leader of the Conservatives.”

Ross indicated that in his discussion with Johnson, the Prime Minister indicated he does not believe he did anything wrong.

“I spoke to the Prime Minister this afternoon, I set out my reasons and I explained to him my position,” said Ross.

“I think discussions between myself and the Prime Minister, understandably, remain between us.

“He believes that he didn’t do anything wrong and he does put up a defence for his position.

“But I also have to look at the information I’ve got in front of me and to stick with the position that I made quite clear yesterday that if he’d attended that party, he couldn’t continue as prime minister.”