The Scottish Conservative leader called for Boris Johnson to resign back in January. 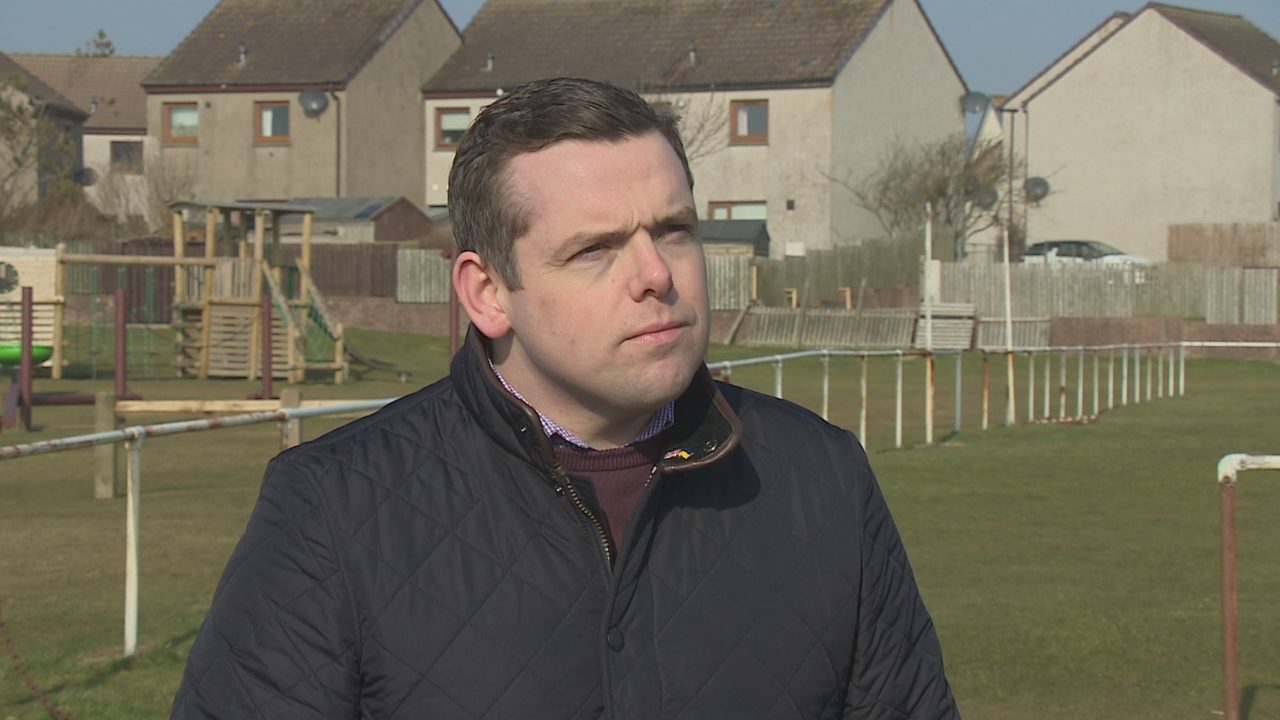 Douglas Ross has insisted it is not the time to change the Prime Minister as he outlined the importance of showing a united stand against Russia amidst the invasion of Ukraine.

The Scottish Conservative leader in January said that Boris Johnson’s position was “untenable” following a series of lockdown-breaking gatherings at Downing Street.

Ross was backed by his Scottish Conservative MSPs in calling for Johnson to resign, with letters having been submitted by Ross and other MPs to the 1922 Committee.

However, Ross said that the conflict in Ukraine puts “everything else into perspective” after withdrawing his letter of no confidence in the Prime Minister.

And the MP for Moray pointed to the historic speech made by Ukrainian President Volodymyr Zelenskyy to Parliament earlier this week in setting out the horrors of the conflict in the country.

“I took that decision back in January, it wasn’t an easy decision, it’s a big call to make to put in that letter,” Ross said of his call to submit his letter of no confidence in Johnson earlier in the year.

“But, I also sat in the House of Commons on Tuesday when President Zelensky addressed both MPs and Peers.

“And to listen to him, his speech went through the war up until now day by day what his country and what he and people in Ukraine have been going through.

“And also the death toll, and he told us on Tuesday that 50 children had already died as a result of this conflict.

“And then we heard on Wednesday that the Russians had bombed a maternity hospital, they’d targeted pregnant women and children, and we know that three people have died in that bombing alone, 17 injured.

“And it puts everything else into perspective. I’m not saying what I said in the past didn’t happen, that is still an opinion that I held at the time, and I still hold.

“But in contrast to the situation we’re in now, it seems very small in comparison to a war between two sovereign nations in Europe.”

Ross also highlighted the position of Labour leader Sir Keir Starmer, who last week said that it was time for the UK to show “unity” against Vladimir Putin.

Setting out his decision to withdraw his letter to the 1922 committee, the Scottish Conservative leader added that it does not absolve what he previously said, but that it seems “small in comparison” to the ongoing war.

“By having that letter in, it means that at any point, my letter could trigger a no-confidence vote in the Prime Minister and a leadership election,” Ross explained.

“Now, that could take weeks into months, and I don’t think now is the time to be triggering that leadership election, to put forward that vote of no confidence, when the Prime Minister and the UK Government are rightly fully focused on the war in Ukraine, supporting the people of Ukraine.

“I think they need to do more in terms of the humanitarian side in getting refugees over to the United Kingdom, and that’s the discussions I was having with ministers in Westminster earlier this week.

“But my position is actually the same as Keir Starmer. He also said at the weekend now is not the time to replace the Prime Minister.

“But that does seem very small in comparison to the ongoing crisis in Ukraine, the abhorrent act by Russia and Vladimir Putin, and the lives being lost on a daily basis and the bloodshed we’re seeing on our TVs every night.”

The Scottish Conservative leader also hit back at political opponents who attacked him over his decision to withdraw his letter of no confidence in the Prime Minister.

“It’s up to political opponents to say what they would like, but are they genuinely saying with their remarks about me that now, in the middle of this conflict, is the time to change the Prime Minister and to go through weeks and months of a leadership conflict?” he said.

“Is that really what Scottish Labour, the Liberal Democrats and the SNP think? Because actually, Scottish Labour’s UK leader has said the same as me, there should not be a change of Prime Minister at the time.

“The SNP were saying about 10 days ago in the House of Commons that we all had to unite together, that’s what I’m saying as well.

“So fine, they can attack me, I’ll take their criticism, but for me the most important thing is to show a united stand against Russia to try and stop this war as quickly as possible and to protect as many Ukrainian lives.

“But also, as I say, to continue to be critical of the UK Government if I don’t think they’re doing enough on the humanitarian side.”