The Scottish Conservative leader said the results were 'really disappointing'. 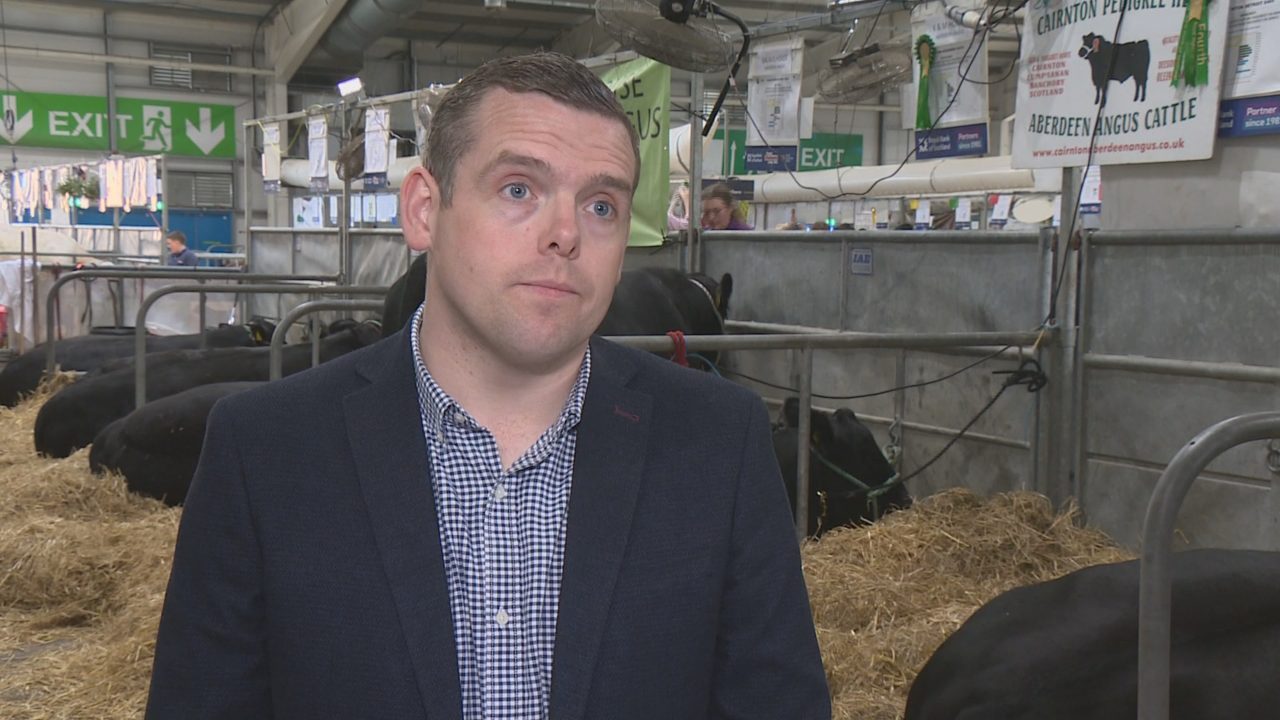 Douglas Ross has urged Boris Johnson to listen to the message sent to him by the public after the Conservatives suffered two by-election losses in England.

On a bruising night for the party, the Liberal Democrats overturned a huge Tory majority in Tiverton and Honiton in Devon.

Labour reclaimed Wakefield in West Yorkshire, having lost the seat back in 2019.

In the wake of the results, Oliver Dowden quit as chairman of the Conservative Party as he told Johnson in his resignation letter that “we cannot carry on with business as usual”.

It follows the slump in the local elections for the Conservatives back in May this year.

Ross was one of 148 MPs to have voted against the Prime Minister in a vote of no confidence held earlier this month.

“It’s terrible for a party to lose any seats but particularly if you look at Tiverton, that was a massive Conservative majority and the Liberal Democrats came from third to win that seat.

“We’ve also seen the resignation of the party chairman at a UK level resign from the Cabinet, Oliver Dowden, and I think his words were absolutely right.

“We have to listen to the public who have been very clear not just in these two by-elections, but what I was saying back in May after the local government elections here in Scotland, across England and in Wales.

“The public are sending a message and the Prime Minister has to listen to that.”

Ross said stated again that the public are sending a “very clear message” to Johnson.

He told STV News: “I’ve been clear in the vote of no confidence with the 1922 Committee, I was very public that I couldn’t support the Prime Minister.

“It’s not a decision I reached easily, it’s not an easy decision for anyone to say that they don’t have the full confidence of their party leader and the Prime Minister.

“But I was one of 148 MPs who made that choice, 41% of the parliamentary party just a few weeks ago said they don’t support, and have confidence, in the Prime Minister.

“And these two by-election defeats show that the public are sending a very clear message to Boris Johnson.”

The Scottish Conservative leader insisted his focus is on proving his party is a “real alternative” to the SNP.

“We’re a long way from that. We’re just a few weeks on from a motion of no confidence where I think the numbers were worse than No 10 and the Prime Minister were expecting,” he said.

“We’ve now had two very difficult and very disappointing results for the party in different parts of England with different opposition.

“So this is something that the party will have to look at. But here in Scotland, I am absolutely focused on proving that we are a real alternative to the SNP.”

“We have, yet again, Nicola Sturgeon coming to Parliament next week to speak about independence,” he said.

“When actually, I think the Parliament should be focused on issues such as the cost-of-living crisis, such as improving our education system, such as supporting the NHS, making sure there’s enough money in local government to provide the local services that people rely on.

“That’s my focus here as leader of the Scottish Conservatives.”