Douglas Ross ‘beat himself up’ over failing to declare earnings

The Scottish Conservatives leader has referred himself to the Standards Commissioner. 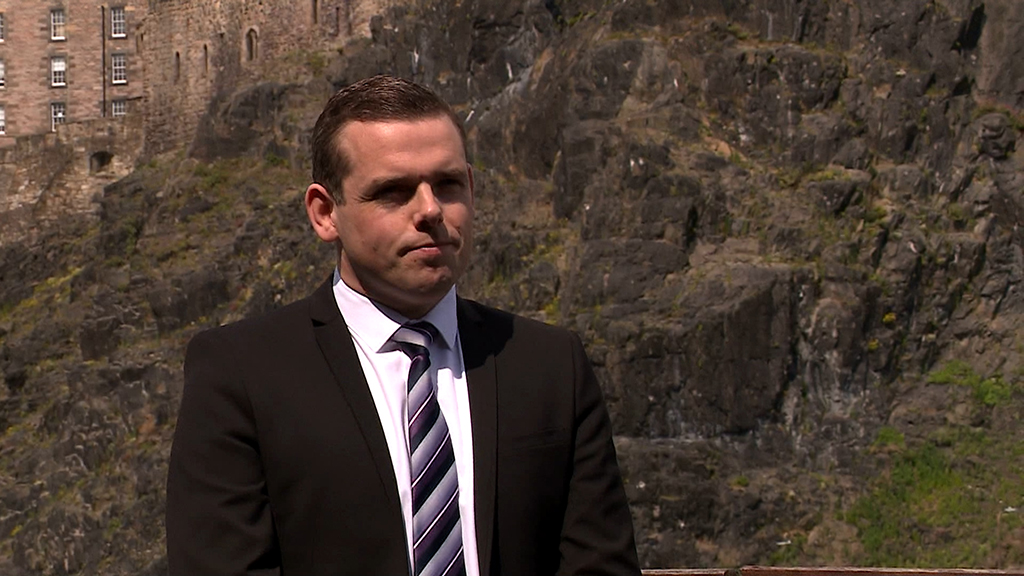 Douglas Ross has said he is “deeply sorry” and has ‘beat himself up’ over failing to declare thousands of pounds in outside earnings while serving as an MP.

The Scottish Conservatives leader referred himself to the Standards Commissioner after The Herald revealed he failed to declare outside earnings from his second job as an MSP and third job as a football referee.

Speaking to STV News, Ross admitted that the refereeing figure was correct, but that the MSP figure included his entire-year salary whereas he had only been in the role since May.

He said he reported himself to the Standards Commissioner “because I’ve made a really big error, a huge mistake”.

He added: “MPs are required to declare any additional financial income within 28 days and I didn’t do it.

“I noticed last week that there were some games missing. I didn’t realise the extent of it, and when I went to check there were 16 matches that should have been declared.

“That income came to several thousand pounds. These were matches between November last year and January of this year, so a big error on my part.

“I should also have declared my MSP salary. I’ve made it very clear that I would never accept two salaries, so I donate all my MSP salary to local charities, and it turns out what the charities don’t get registered, the fact that I get money and donate it to charity should.”

The MP said he is working with the office of the Register of Interests.

He added: “I’m sorry. It was a big mistake. It’s something that shouldn’t have happened, but I am ultimately the only person responsible for that. It’s all on my shoulders.

“I’ve beat myself up about this. I’ve tried to think why did it happen, why didn’t I register these payments on time, and there is no answer. It should have been done.

“I’d previously done it and there are no excuses. This was a big mistake by me for which I am deeply sorry.”

She said: “The rule-breaking Scottish Tory leader must shift his attention from maximising his outside earnings and start focusing on his role as an MSP, which is supposed to be a full-time job.

“Failing to declare thousands of pounds from multiple side hustles is a clear breach of the rules, but the bigger concern is that Mr Ross isn’t doing the day job.

“It is time to blow the whistle on Tory sleaze.

“People in Scotland deserve better than this and Mr Ross must finally decide whether he wants to be an MP, MSP or full-time referee.

“By desperately clinging on to his Westminster seat, Mr Ross has scored an own goal.

“Voters are not impressed, and people will rightly question whether he’s doing it to make more money or because he’s secretly planning to quit as an MSP when he is inevitably replaced as Scottish Tory leader.”

In response to the criticism, Ross said he knows how much he’s “let people down”.

He said: “Yes, this has reopened some of the criticism from opposition parties and I don’t blame them for that.

“It is a significant error and I am not going to try and hide away from it and say they are wrong to criticise me. They’re not.

“I’m my biggest critic and I know how badly I have performed here and how much I’ve let people down. And for that I am very sorry.”