Rayner calls on Raab to 'drain the swamp' over bullying investigation

The Labour deputy leader branded Rishi Sunak 'weak' over his deputy's ordering of an investigation into bullying claims. 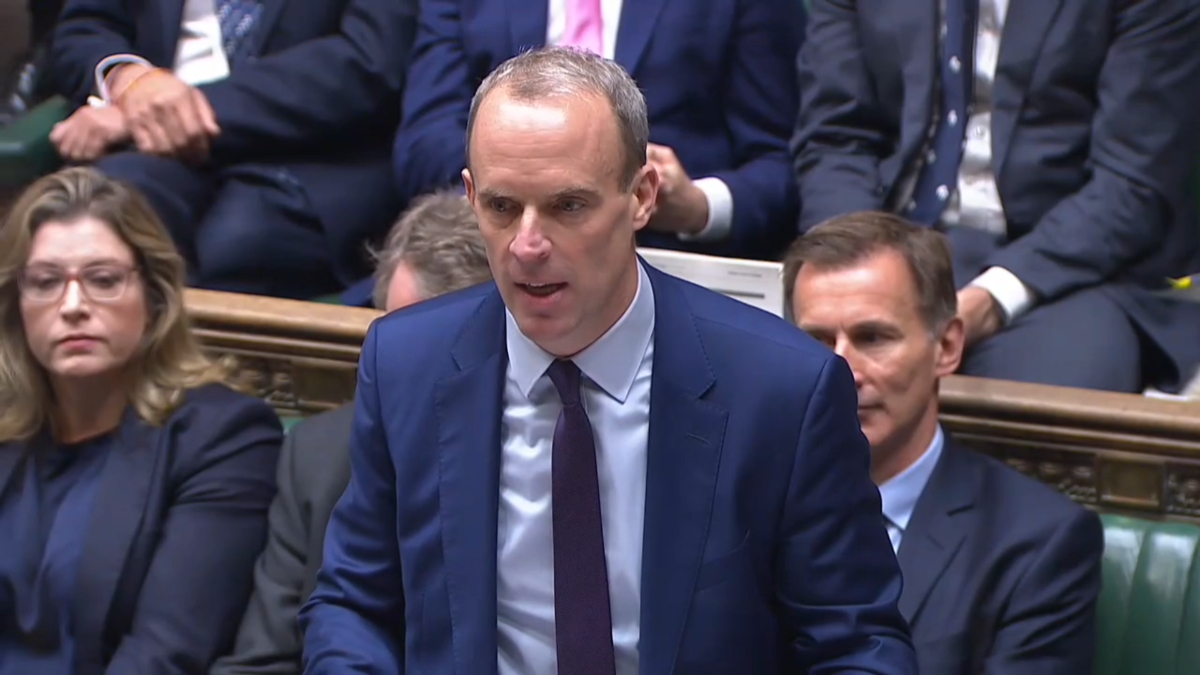 Dominic Raab has continued to deny allegations he bullied and demeaned junior staff in previous government roles despite the launch of an independent probe into his conduct.

The deputy prime minister was accused of “dodging” questions at PMQs over claims about his behaviour while Brexit and foreign secretary amid two formal complaints being submitted by former workers.

Deputy Labour leader Angela Rayner branded PM Rishi Sunak – who missed Commons questions while attending the G20 summit in Bali – “too weak to act” after Raab called for the investigation himself.

Rayner, standing in for Sir Keir Starmer, also called Raab to “drain the swamp” and appoint an ethics adviser – almost five months after the previous incumbent stood down.

Raab said he was “confident” he had “acted professionally throughout” his tenure in the positions, adding the recruitment process for a watchdog was “well under way”.

Rayner cited anti-bullying week in her grilling of the justice secretary, calling on him to say sorry after a letter opening the investigation contained no mention of an apology.

Raab however refused, stating he had only been notified of the complaints earlier on Wednesday morning.

“I’m confident I behaved professionally throughout but of course I will engage thoroughly and look forward to transparently addressing any claims that have been made,” he said.

“When I heard that two complaints had been made – I believe they were made yesterday; I was notified this morning – I immediately asked the Prime Minister to set up an independent investigation and of course I will comply with it fully.”

Rayner said the investigation prompted further concerns over PM Sunak’s judgement following controversy over the reappointment of Suella Braverman as home secretary six days after her resignation relating to a security breach and the departure of Gavin Williamson amid complaints regarding a series of text messages sent to party colleagues.

She added the PM was “too weak to get a grip” and questioned why Raab had not followed suit by standing down.

“A Prime Minister in office less than a month with a disgraced cabinet minister resigned with his good wishes, the home secretary who breached the ministerial code and risked national security still clings on, and now the Prime Minister defends his deputy, whose behaviour has been described as ‘abrasive, controlling and demeaning’, with junior staff too scared to even enter his office,” she said.

“The deputy prime minister knows his behaviour is unacceptable, so what is he still doing here?”