The First Minister has said it's time to move to delaying the virus and said there are question marks over large scale events. 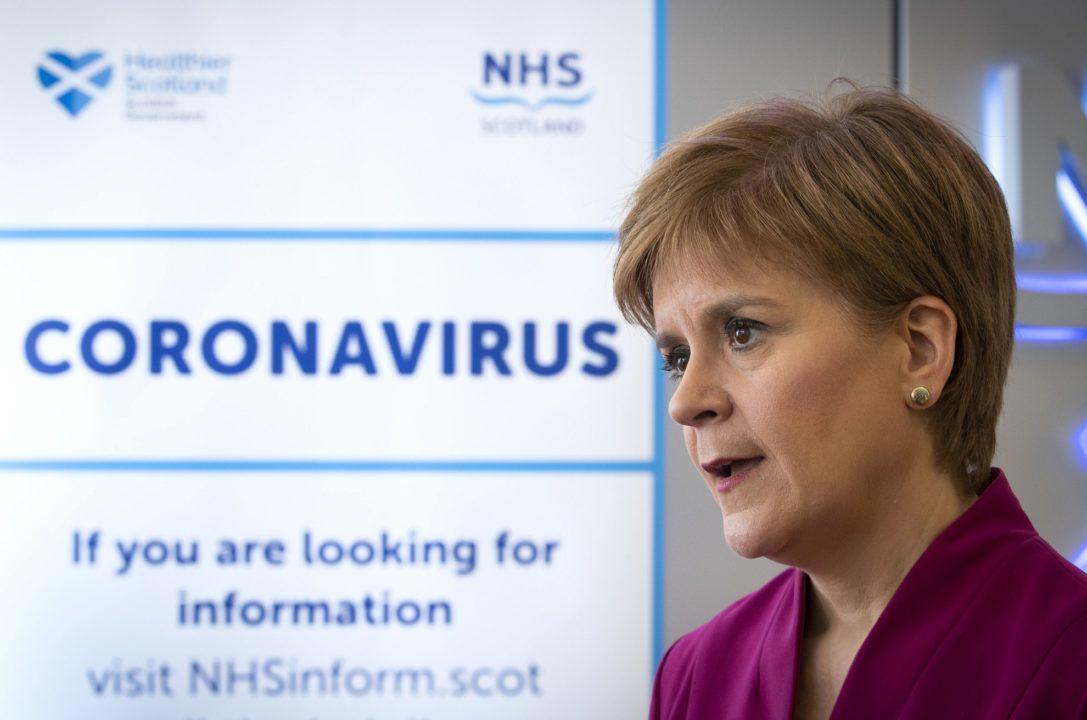 Nicola Sturgeon believes it’s time to move to a delay phase in tackling the coronavirus as she raised question marks over whether large scale public events can go ahead.

The number of confirmed cases in Scotland rose to 36 on Wednesday, including the first case of community transmission – unrelated to contact or travel.

While Scotland is still in the containment phase of the virus, Sturgeon said there was a “big question mark” over mass gatherings – like football matches – and said any decision to cancel them must be down to the Scottish Government.

Sturgeon will be participating in an emergency Cobra meeting later, which will be chaired by Prime Minister Boris Johnson.

She believes it is time to move from containment to delay in tackling the virus.

Sturgeon said: “My view is that the time has come to move from the policy of seeking to contain the virus into one that is about delaying it… Certain steps and measures will flow from that, the earliest is likely to be advice to the general public that if anyone is experiencing symptoms, even quite mild symptoms that are indicative of coronavirus, then they should be self-isolating and staying at home perhaps for a period of seven days.

‘If you take mass gatherings, football matches for example, they need to be policed, they need to have emergency ambulance cover. We’re going into a period where our emergency services in our NHS in particular will be under significant challenge and pressure.’

“I, like the Prime Minister, the other first ministers across the UK are very much being informed by scientific advice in the decisions we are taking . The advice we are getting on mass gatherings is that cancelling them doesn’t have significant impact on reducing and delaying the spread of the virus but that’s not to say it has no impact.

“If you take mass gatherings, football matches for example, they need to be policed, they need to have emergency ambulance cover. We’re going into a period where our emergency services in our NHS in particular will be under significant challenge and pressure.

“These kind of decisions, although we are collaborating and seeking to make decisions on a four nations UK-wide basis, these decisions will be down to me and the Scottish Government in Scotland, as they will be to other governments in different parts of the UK.

“From a wider resilience point of view, I think there is a big question mark over whether large scale events like that, whether it’s sensible to allow them to proceed at the moment.”