Nicola Sturgeon announced the move at the Scottish Government's press briefing on Thursday. 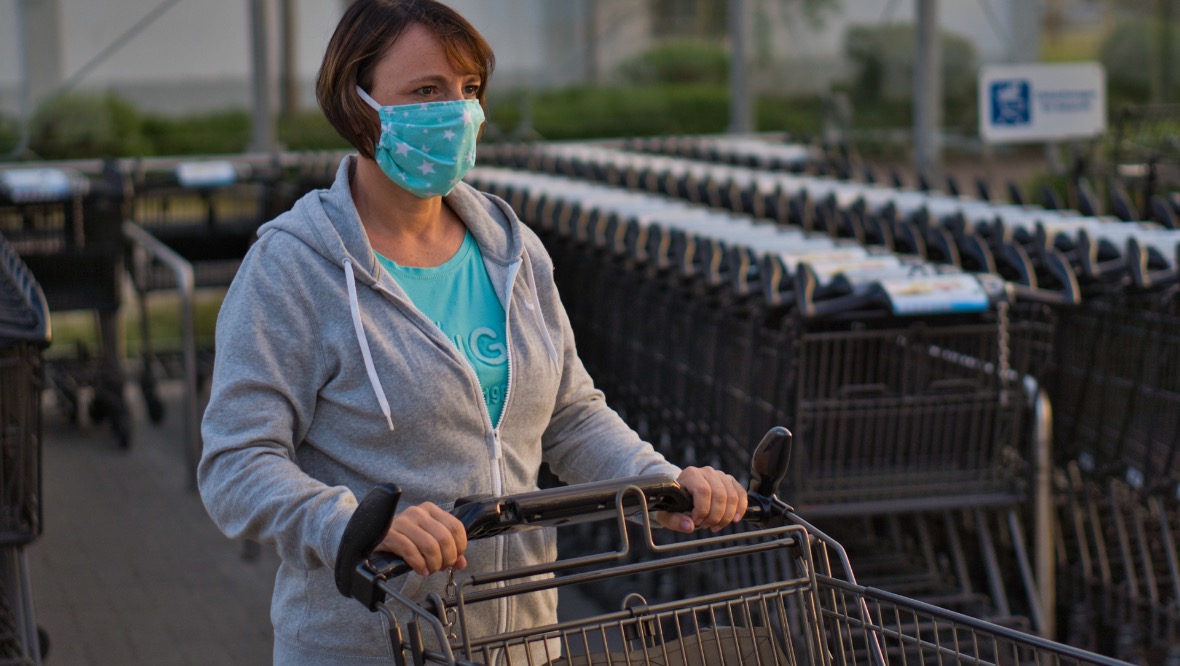 Face coverings in shops will be made compulsory from the end of next week, the First Minister has announced.

Nicola Sturgeon also revealed that the two-metre social distancing rule will remain in place, but exceptions will be allowed for some sectors including hospitality, retail and public transport.

At the Scottish Government’s daily press briefing at St Andrew’s House in Edinburgh on Thursday, Sturgeon said: “Face coverings in shops will be compulsory from the end of next week, but please don’t wait until then, get into the habit now.”

Children under five will be exempt from the face coverings rule, along with those with certain medical conditions.

Sturgeon said the decision was not “taken lightly”, adding: “But as we all start to interact more, it is vital we take all reasonable steps to reduce risk and we know that face coverings can help reduce the risk of transmission indoors.”

The halving of the two-metre rule has already been confirmed by Prime Minister Boris Johnson for England, however in a statement last month Sturgeon said current scientific advice and evidence supported physical distancing at two-metres.

Pub owners and the Scottish Tourism Alliance both called for the two-metre rule to be relaxed, stating their industries would be economically unsustainable if the guideline was to remain.

Announcing the two-metre rule would remain the benchmark with exemptions, Sturgeon said: “While sticking to two metres has clear benefits it also has serious economic implications, and an adverse economic impact we know can in turn have an effect on people’s health and wellbeing.

“For those reasons, when we enter phase three of the route map, which I hope will be the end of next week, we will allow exemptions for specific sectors where agreed mitigations must be put in place.”

Such changes could allow businesses to operate with one-metre social distancing, if they comply with these exemptions.

Sturgeon added: “These will be exceptions.

“The general rule in law will continue to be that businesses and services must take all reasonable measure to ensure that two metres’ distancing is maintained.”

The Scottish Government will work with “key sectors” such as transport, hospitality and retail to agree what mitigations will be required – but these could include improved ventilation, perspex screens and requiring businesses to collect the names and addresses of customers “to help with contact tracing when that is necessary”.

Sturgeon also said that where a business operates at less than two-metres there must be clear signs informing customers “that they are entering a one-metre zone”.

It was also confirmed that one further person had died from coronavirus overnight.

The official death toll in Scotland stands at 2487, however weekly figures on suspected Covid-19 deaths suggest the most up-to-date total is now 4160.

Easing out of lockdown

A timetable to ease the country out of lockdown has already been put in place.