Pubs and restaurants in central Scotland to close for two weeks

Licensed premises in five health board areas to shut, and the rest of pubs in Scotland hit with 6pm indoor curfew. 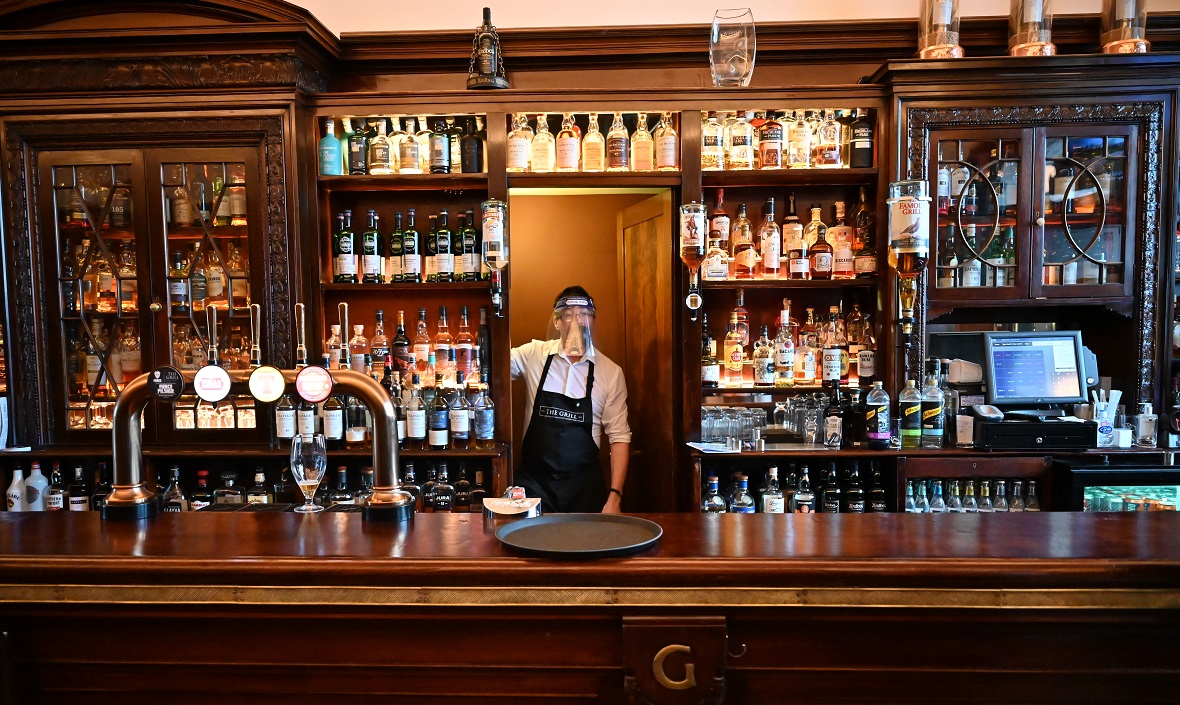 Pubs and restaurants in the central belt will be forced to close for a fortnight while hospitality venues in the rest of the country are to be hit with a 6pm indoor curfew in tough new coronavirus measures.

All pubs, restaurants and cafes in Scotland must close their indoor premises from 6pm on Friday and will be barred from selling alcohol indoors.

Announcing the new restrictions before MSPs, the First Minister said they would come into force at 6pm on Friday and intended to last for 16 days, ending after October 25.

Scotland-wide, indoor hospitality venues will only be allowed to operate between 6am and 6pm daily, selling food and non-alcoholic drinks only.

However, all licensed premises in the five central belt health board areas – including the cities of Glasgow, Edinburgh and Stirling – will be closed for both indoor and outdoor operations over the 16-day period.

Cafes without a licence to sell alcohol will be allowed to open until 6pm, the First Minister said, to counter social isolation.

Pointing to a new evidence paper on the spread of the virus in Scotland, she said more than 20% of people contacted by Test and Protect scheme reported having visited a hospitality setting.

The First Minister told MSPs: “The R number seems to have risen above one approximately three weeks after the hospitality sector opened up.”

She said she was “grateful” for the measures hospitality venues have taken since reopening to help combat the spread of Covid-19 and stated the measures are intended to be strictly temporary.

Sturgeon said: “Significantly restricting licensed premises for 16 days temporarily removes one of the key opportunities the virus has to jump from household to household.

“It is an essential part of our efforts to get the R number significantly below one.”

An additional £40m in crisis funding will be made available to businesses impacted by the new restrictions, she added, which the governments aims to target at those most in need.

People living in the central belt of Scotland should avoid public transport unless absolutely necessary in the next two weeks, but Sturgeon stressed they are not facing formal travel restrictions.

In general, however, she recommended residents of the five health board areas should only use public transport for travelling to work, school or other unavoidable reasons.

In other national measures, face coverings will be made mandatory in the coming weeks in indoor “communal areas” such as workplace canteens and corridors.

Shops will also be asked to return to the two-metre physical distancing rule, having previously been allowed to reduce the distance to one metre to allow for more customers.

But the First Minister stressed the country is “not going back into lockdown”.

She continued: “We are not closing schools, colleges or universities.

“We are not halting the remobilisation of the NHS for non-Covid care and we are not asking people to stay at home.

“So while the measures I announce today will feel like a backward step, they are in the interests of protecting our progress overall.

“It is by taking the tough but necessary action now, that we hope to avoid even tougher action in future.”