The latest estimation of the R number is expected to be slightly below one, the First Minister said. 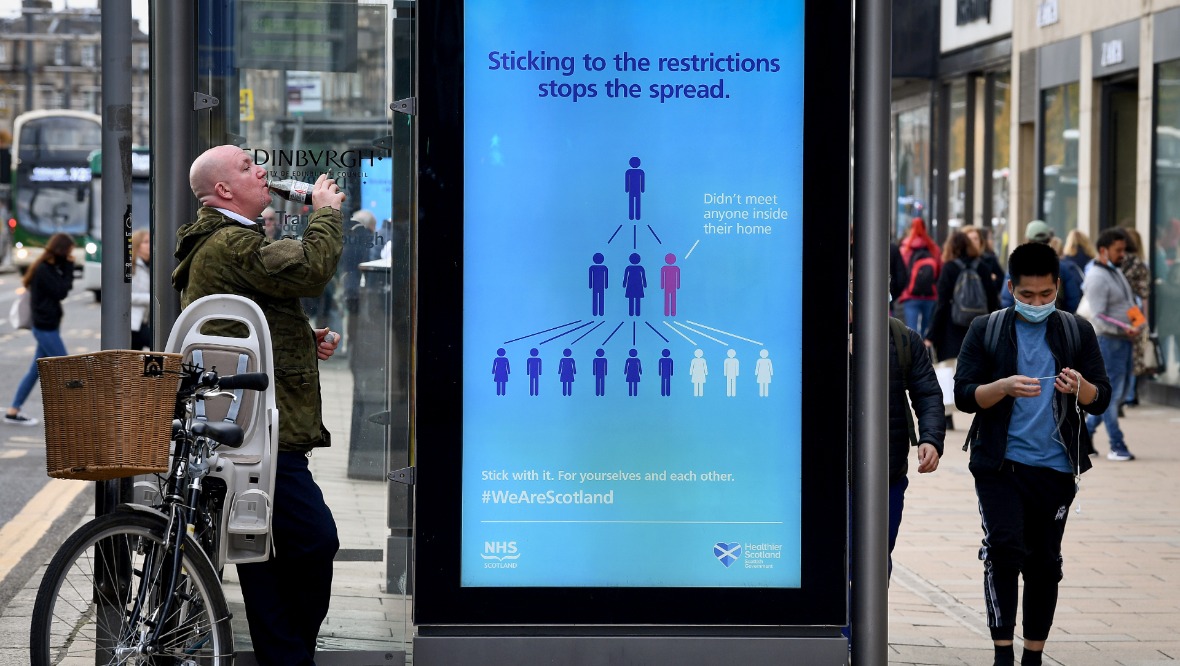 A further 50 people with coronavirus have died in Scotland, as the country recorded 1089 new cases.

It brings the death toll of people who first tested positive for the virus within the previous 28 days to 3427.

The Scottish Government is set to publish the latest estimation of the R number – the average number of people infected by each person with the virus – which is expected to be slightly below one.

First Minister Nicola Sturgeon said: “That indicates that the current tough measures that have been in place have had an effect.”

But she said there were still some regional variations, adding: “In those parts of the country with the highest prevalence we’ve not yet seen as significant or as rapid a fall in cases as we need to.

“That is why we have taken the decision to move 11 local authority areas into level four from 6pm tomorrow until Friday, December 11.”

The latest daily numbers were confirmed by the First Minister in the Scottish Parliament.

There are 1212 people confirmed to have the virus in hospital – 85 of whom are in intensive care.