Nicola Sturgeon warns schools not to ask for testing when pupils have a runny nose. 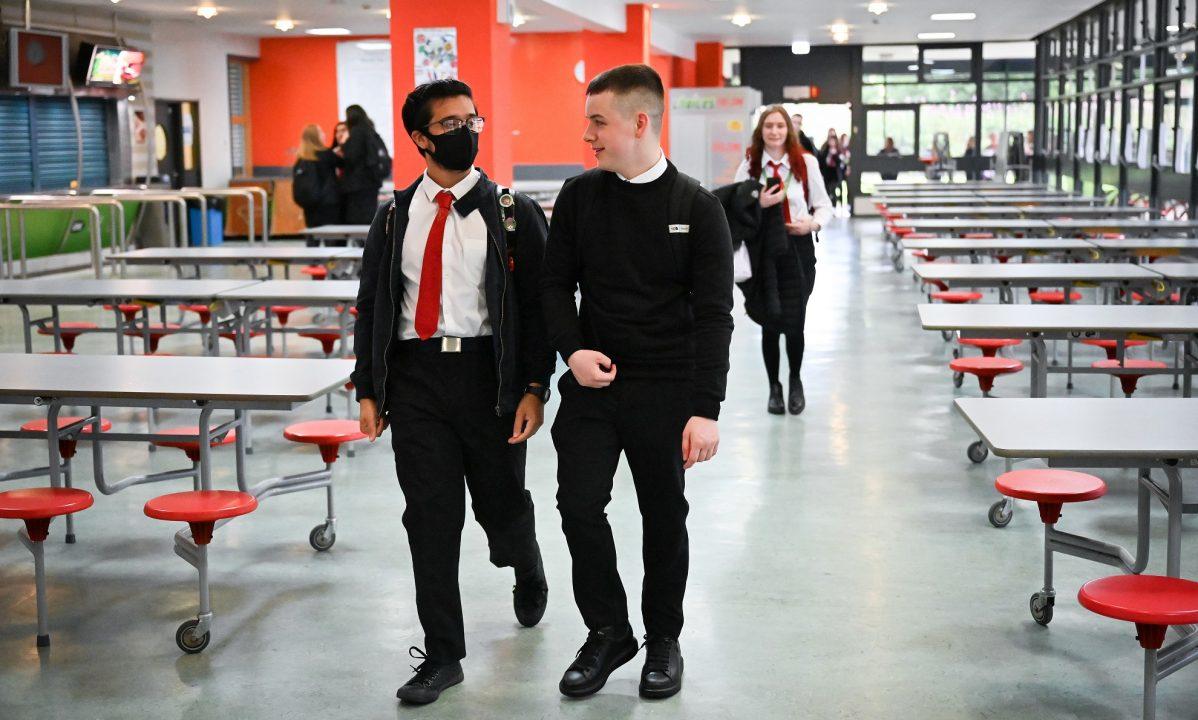 There has been a huge increase in the number of under 18s getting coronavirus tests – but less than half a percent tested positive.

Last week alone – the first full week since schools went back – more than 17,500 children were tested – but crucially, the First Minister said, only 49 tested positive.

That means the so-called “positive rate” among the under 18s age group is just 0.3%.

Sturgeon warned schools they should not be sending pupils for Covid tests for symptoms like a runny nose.

Taken on its own, a case of the sniffles is not considered a symptom of coronavirus.

People should only book a test for Covid-19 if they develop a new, persistent cough, a fever or a loss of taste or smell.

In some cases, Scots may be advised to book a test even without these symptoms by ‘test and protect’ public health officials, or because they work in a certain profession that has access to testing.

The figures on the testing of children come amid a small cluster of cases in Dundee out of Kingspark School, an additional support needs school.

A total of 34 cases of of Covid-19 have been identified at Kingspark, a rise of three from the previous total.

This includes 21 members of staff, ten of their contacts and three pupils, with all the students affected in the same class.

And overnight it emerged a pupil at another school in the city, St Clement’s RC Primary, has tested positive for coronavirus, with an entire P3 class now self-isolating.

Other community clusters in recent weeks in Glasgow and Lanarkshire have affected some school pupils.

The First Minister revealed 68 new cases of the virus in total across Scotland on Thursday, which amounts to 0.4% of newly-tested people.

No deaths among confirmed Covid-19 cases have been reported in the last 24 hours, although two deaths were confirmed on Wednesday – the first since July 16.

There are 257 patients in hospital with coronavirus, up eight in the last 24 hours, and two in intensive care, which is unchanged.

The R number in Scotland – the average number of people infected by each person with the virus – is still estimated to be between 0.8 and 1.2, the First Minister said.

On testing, she added that the number of tests on children aged 17 and under had “increased significantly”.

Sturgeon said: “I can well understand why many parents and teachers and young people themselves have concerns about the returns to school.”

But she went on to say: “Despite an an increase of more than 300% in the number of young people that were tested from one week to the next, from the week before last to last week, the number of positive cases recorded increased by just two.

“I think that is encouraging and I hope it is reassuring to parents and teachers across the country.”