'Climate crisis is the single greatest threat we are facing'

Major incidents were declared across the UK as new record temperatures were recorded. 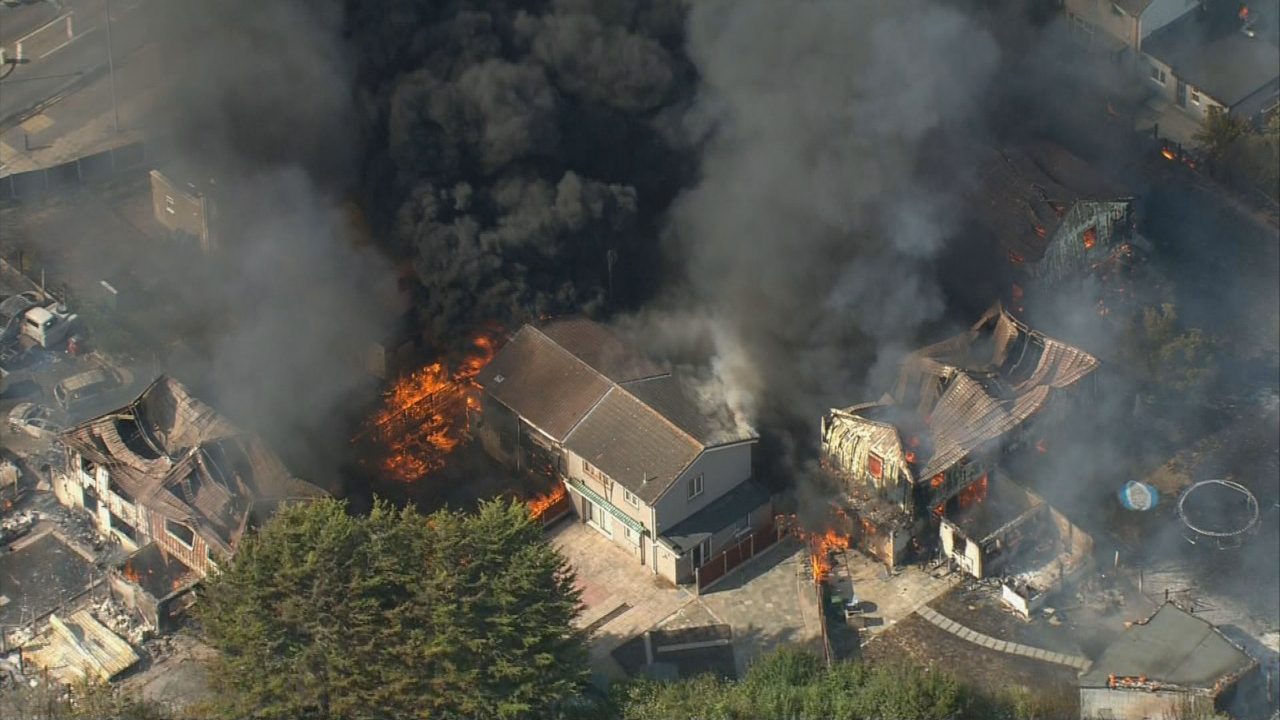 Politicians claiming that climate action must be delayed because of the cost of living crisis are not “telling the truth”, according to a Scottish Green MSP.

It comes after temperatures in the UK exceeded 40C for the first time on record.

Major incidents were declared in 15 areas of the country as the Met Office declared an amber warning for extreme heat.

London’s fire service also had its busiest day since World War Two on Tuesday as it dealt with multiple blazes across the city.

Experts have suggested that the chances of seeing 40C days in the UK could be as much as ten times more likely due to climate change.

Ross Greer, MSP for the West Scotland region, underlined the need to tackle the climate crisis.

Speaking to STV News, Greer also explained that in doing so, the same solutions can also help to address the cost of living crisis.

Fuel and energy costs have already soared for people across the UK, with the energy price cap set to further increase in the coming months.

“If we want to tackle the cost of living crisis and the climate crisis, the solutions to both are the same,” Greer told STV News.

“The politicians who are telling us that we have to focus on the cost of living now and that means delaying climate action now, they’re just caving in to the interests of big fossil fuel corporations who want to keep squeezing a profit out of the destruction of the planet.

“The same corporations who are causing people’s fuel bills to rise way beyond levels that they can actually afford to pay.

“So, in a country like Scotland, we need to really quickly reduce our carbon emissions from transport, that’s the one area that has gone up in recent years while we have actually managed to reduce emissions in other areas.

“Well to do that, you need to make public transport more affordable, more accessible and cheaper to get people out of their cars.

“So, if you want to tackle the cost of living crisis, you provide people with as much public transport as possible that is cheap, or preferably free like what we’ve done for young people.

“At the same time, that’s going to reduce emissions. So any politician telling you that we have to delay climate action because of the cost of living crisis simply isn’t telling the truth.

“But they are also disastrously failing to face up to the single greatest challenge that we face right now and that humanity will ever face which is the complete breakdown of our life support systems, of this planet itself.”

The Scottish Green MSP warned that if action is not taken in the next couple of years, it will not be possible to stop further climate breakdown.

“The climate crisis is the single greatest threat that we face,” he said.

“It doesn’t matter what country you’re in, what the state of your local politics is, for all of us on this planet, the climate crisis is the single greatest threat that we face.

“Because we have a very, very limited window of time in which we can actually do something about it, in which we can stop further climate breakdown and reverse what’s already happened.

“If we don’t take that action in the next couple of years, it simply will not be possible after the planet has hit that tipping point.

He said: “There are steps that we can take in our individual lives, like reducing the amount of red meat in particular that we eat, trying to avoid flying wherever possible.

“But it is really, really, really important that people don’t think the solution to the climate emergency is individual lifestyle change because that’s what the big fossil fuel corporations want us to think.

“It’s essential to remember that there are about 90 companies responsible for two-thirds of all carbon emissions, not in the last year or the last century, but in the industrial era.

“These companies need to be held responsible for their actions. So, if individuals, families, are thinking, ‘well what can we do about this,’ they can demand action.

“They can demand change, they can make sure that their pension fund, if they’ve got one, is not invested in fossil fuels.

“They can lobby their local council to make sure that its pension fund isn’t invested in fossil fuels.

“They can keep pushing politicians to take more action, they can demand improvements to local bus and train services to help people get out of their cars.”

Greer stated that a small number of individuals have been enriched at the expense of people and the planet.

“What is essential is that we take these actions together to make the big, systemic changes in our society and our economy that we know are necessary,” he said.

“And that we make sure the people who pay for this are those that caused the crisis in the first place.

“Because these corporations and a very small number of individuals have got incredibly rich at the expense of both most people and the planet itself.”