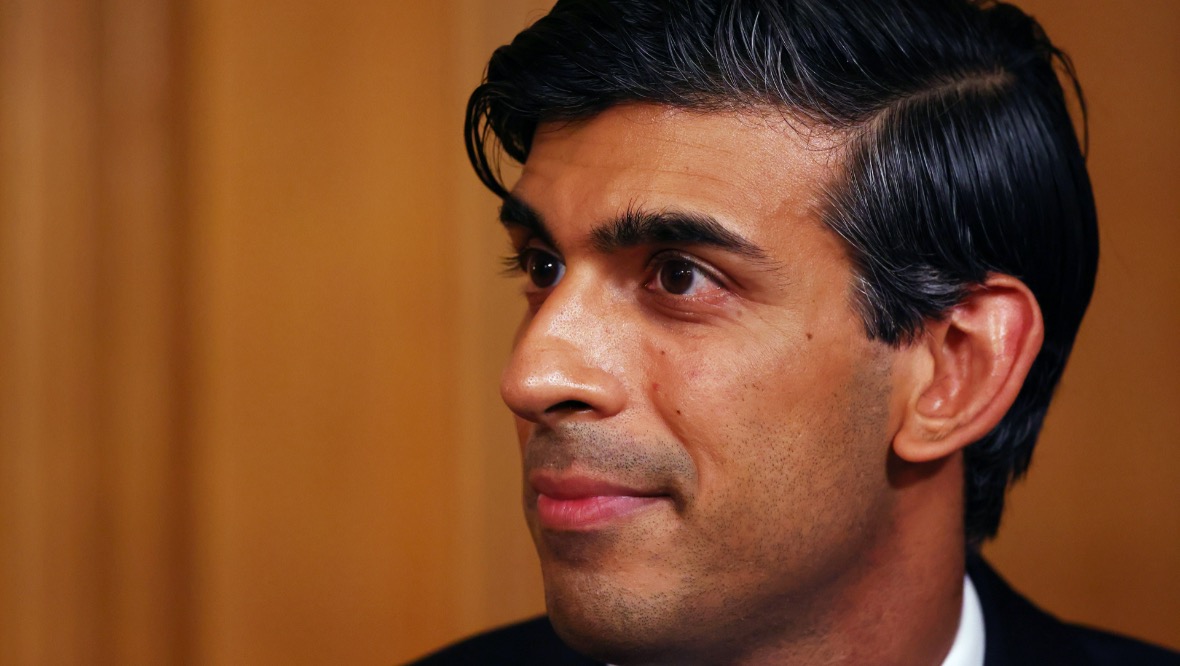 Chancellor Rishi Sunak has outlined a three-stage plan to rebuild the UK economy after the coronavirus pandemic caused “one of the largest, most comprehensive and sustained economic shocks this country has ever faced”.

Speaking in the House of Commons, Sunak said it will take the UK and the whole world a “long time to recover from this extraordinary economic situation”.

Scotland’s finance secretary Kate Forbes said the UK Government’s support for businesses and households is “significantly less generous than what we have committed to here in Scotland”.

Addressing MPs, Sunak said: “First, we will continue doing whatever it takes to support the British people and businesses through this moment of crisis.

“Second, once we are on the way to recovery, we will need to begin fixing the public finances – and I want to be honest today about our plans to do that. And, third, in today’s Budget we begin the work of building our future economy.”

Sunak also said the Government will not raise the rates of income tax, national insurance, or VAT.

But he added: “Instead, our first step is to freeze personal tax thresholds.”

The Chancellor went on: “We will of course deliver our promise to increase it again next year to £12,570, but we will then keep it at this more generous level until April 2026.

“The higher rate threshold will similarly be increased next year, to £50,270, and will then also remain at that level for the same period.

“Nobody’s take home pay will be less than it is now, as a result of this policy.

“But I want to be clear with all members that this policy does remove the incremental benefit created had thresholds continued to increase with inflation.”

Income Tax is the responsibility of the UK Government and is collected and managed by HMRC.

The Scottish Parliament does not have the power to set personal allowance thresholds but can set its own rates and bands.

Meanwhile, Sunak said the rate of corporation tax paid on company profits will increase to 25% in 2023.

The Chancellor also confirmed the furlough scheme will be extended to the end of September, as will support for the self-employed, adding that more than 700,000 people have lost their jobs since March 2020 and the economy has shrunk by 10%, the largest fall in more than 300 years.

He told MPs: “As businesses reopen, we’ll ask them to contribute alongside the taxpayer to the cost of paying their employees. Nothing will change until July, when we will ask for a small contribution of just 10% and 20% in August and September.”

Sunak said the support for self-employed workers will also continue until September, with the fourth grant providing three months of support at 80% of average trading profits. He noted for the fifth grant, people will continue to receive grants worth three months of average profits – with the system open for claims from late July.

Sunak said: “When the scheme was launched, the newly self-employed couldn’t qualify because they hadn’t all filed a 2019/20 tax return.

“But as the tax return deadline has now passed, I can announce today that, provided they filed a tax return by midnight last night, over 600,000 more people, many of whom only became self-employed last year, can now claim the fourth and fifth grants.”

The Chancellor said the Office for Budget Responsibility (OBR) expects the economy will be there percent smaller than it would have been in five years’ time because of Covid, but that the economy is forecast to grow this year by four percent, by 7.3% in 2022, then 1.7%, 1.6% and 1.7% in the last three years of the forecast.

Sunak said Covid-19 has done “profound damage” to the economy and the forecasts make clear that “repairing the long-term damage will take time”.

He told the Commons: “The OBR still expects that in five years’ time, because of coronavirus, our economy will be three percent smaller than it would have been.”

Among the other key announcments were an extra £19m for domestic violence programmes, a “new restart grant” in April to help businesses reopen and a six-month extension of the five percent reduced rate of VAT to September 30.

Sunak said the measures to support the economy amounted to £65bn over this year and next, taking the total Government support to £407bn over that period.

Responding to the UK Budget, Forbes said Sunak had not matched Scotland’s ambition for economic recovery and supporting households.

She said “It is extremely disappointing that the chancellor has failed to reverse the cuts to Scotland’s capital budget and has refused to make the £20 uplift to Universal Credit permanent.

“We have provided certainty and stability to businesses by extending 100% non-domestic rates relief for retail, hospitality, leisure and aviation businesses for 12 months.

“Today’s UK Budget fell significantly short of this, extending 100% relief for three months but only 66% for the remaining nine months for businesses in England.

“While there is some additional funding for Scotland, it was clear from the Chancellor’s statement that the storm clouds of austerity are on the horizon once again – with the OBR highlighting that departmental spending is being cut by £15bn – a move that would be disastrous for our economic recovery, undermine our public services, and impact on the most vulnerable in our communities.”