Calls for Sturgeon to provide greater clarity over vaccine passports

The issue was raised by Scottish Conservative leader Douglas Ross at FMQs. 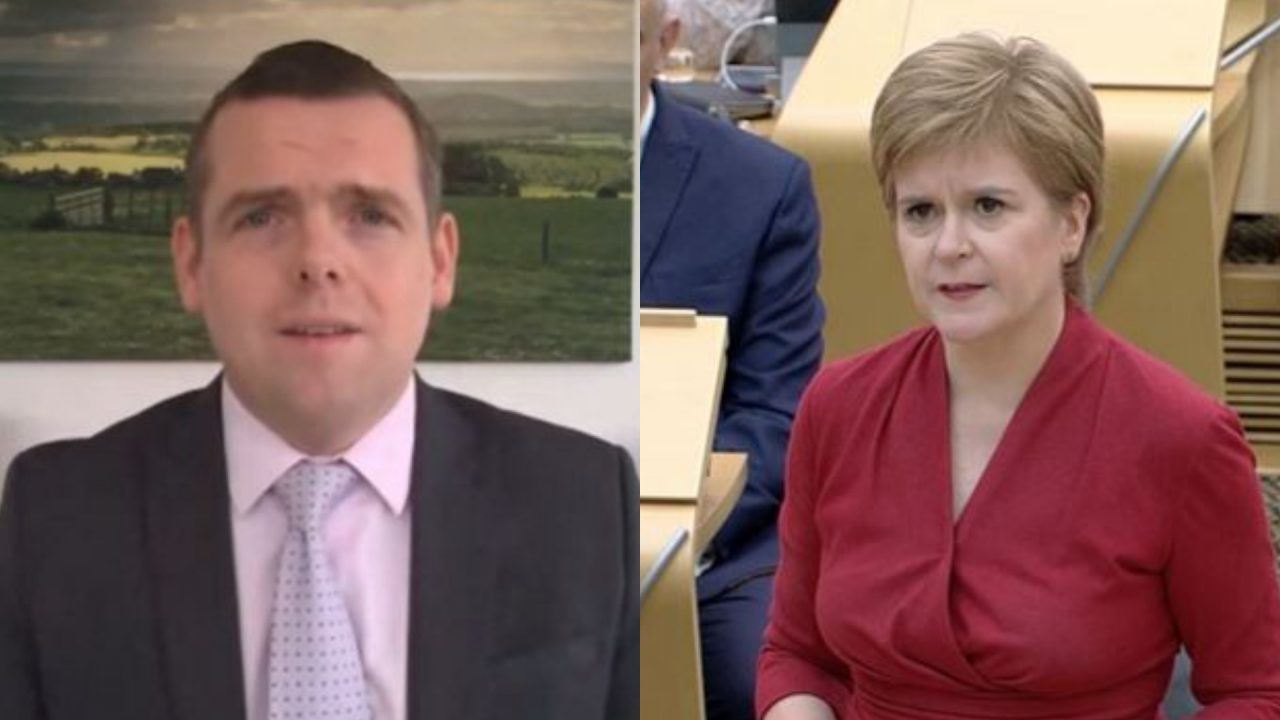 Nicola Sturgeon has been urged to provide greater clarity to businesses over the use of vaccine passports.

At First Minister’s Questions, Scottish Conservative leader Douglas Ross asked why industry groups had not had a chance to engage on the issue.

It comes after the First Minister announced that vaccine certification will be required for nightclubs and large events.

But, concerns have been raised over how the scheme will operate.

“Industry groups need answers about this scheme before her government introduces it. Why haven’t they had that chance?”

The First Minister insisted that the Government will introduce the scheme “properly”.

She responded: “We will, before we bring this proposal to Parliament for Parliament to debate and decide through a vote on whether we go ahead with this, the detail of how a scheme will work.

“But can I say to Douglas Ross, had I stood here yesterday, or even today, and announced as a fait accompli exactly how every single aspect of this was going to operate, Douglas Ross would be here today criticising me for taking to for granted the views of Parliament and not giving Parliament its proper place.

She added: “Nobody wants any form of restrictions, but while we have this virus, we have to determine the least restrictive way of keeping people safe.”

Scottish Liberal Democrat leader Alex-Cole Hamilton spoke out against the proposal to introduce vaccine certification and raised concerns that the scheme would leave an “open door” for expansion.

He said: “I will state this clearly where others have not – I am my party are fundamentally opposed to vaccine passports as a matter of principle.

“Added to that, the rush to introduce this in short order throws up practical problems too – how will this keep up with vaccinations and the booster programme across borders because that’s already in chaos?

“Hospitality see this as a threat and have no idea how they will police it. It’s unclear what this means for young people.

“But above all, for the first time, Scots will have to provide private medical data to strangers to access freedoms in our society.”

He added: “Vaccines are the way out of the pandemic, but vaccine passports are not. There’s no time limit and an open door for expansion.

“So, can I ask the First Minister, where does this stop?”

Sturgeon said that vaccine certification is a “proportionate” step, which she hopes will be time-limited.

She responded: “Can I say to Alex Cole-Hamilton, I don’t agree with him on many of the points but I’ve got a lot more respect for his position than I do for some of what we heard earlier on because it is a principled position and I think it is a legitimate debate.

“I’ve said before, I have my own concerns about the use of vaccine certification, but my view is based on the following – we are still in the grip of a pandemic, this is a highly infectious virus and therefore, doing nothing over the next period is not an option.

“We’ve got to stem transmission and therefore, it becomes a question of how do we do that in the least restrictive, most proportionate way.

“And therefore, in terms of nightclubs for example, it may be as we get into winter, I hope this wouldn’t be the case, but it may be that the choice is not vaccine certification or no restriction at all around nightclubs.

“It may be something like vaccine certification or nightclubs having to have heavier restrictions and perhaps seeing closure again, which none of us want to see.”

She added: “So, this is a proportionate step, I hope it will be a time-limited step, it will be very limited in terms of the application to settings.

“I said yesterday, we do not intend certainly at this stage, and we would not do this without full parliamentary consultation either, to extend it to hospitality more generally.”