The party is over for Boris Johnson in Downing Street, but the PM's decision to stay on until October has been met with derision on all sides. 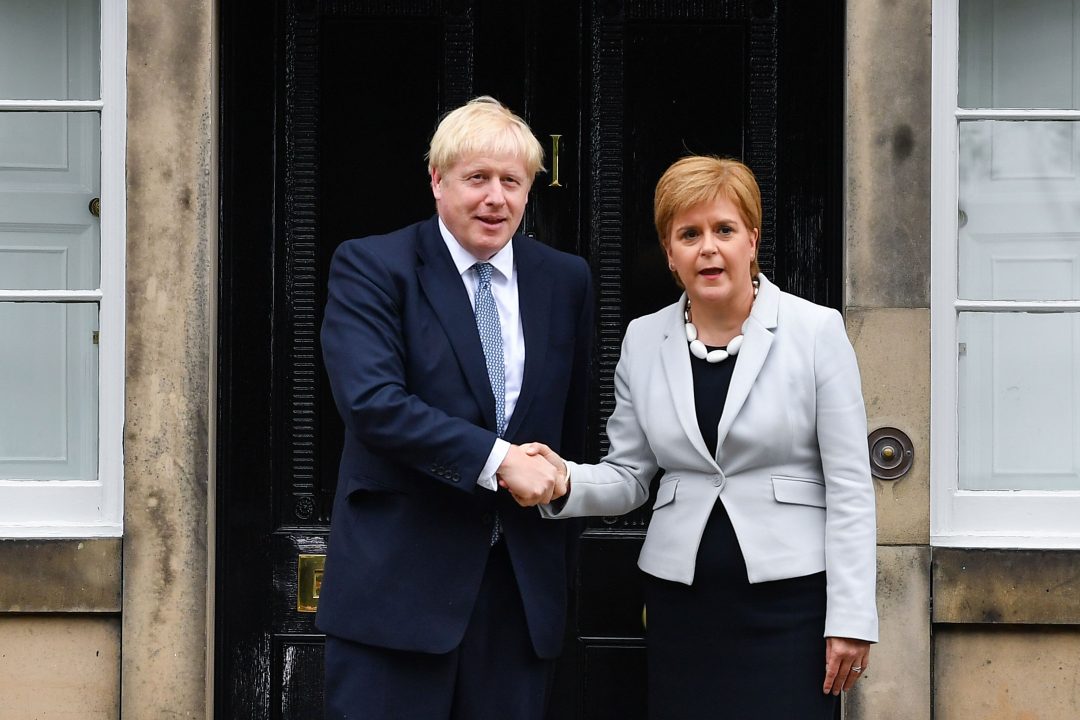 Nicola Sturgeon has branded the Westminster system “broken” and said Boris Johnson was always “manifestly unfit to be Prime Minister” after his resignation was all but confirmed.

The PM will leave Downing Street at the end of a near two-day siege on his leadership which has seen around 60 MPs standing down from governmental or party roles since Tuesday night over his handling of the Chris Pincher scandal.

The First Minister said there was a “widespread sense of relief” that Johnson had relented and would leave office, but questioned his apparent decision to remain in power until at least October while a leadership election takes place.

Posting on Twitter, she wrote: “There will be a widespread sense of relief that the chaos of the last few days (indeed months) will come to an end, though notion of Boris Johnson staying on as PM until autumn seems far from ideal, and surely not sustainable?

“Boris Johnson was always manifestly unfit to be PM and the Tories should never have elected him leader or sustained him in office for as long as they have. But the problems run much deeper than one individual. The Westminster system is broken.”

Labour leader Sir Keir Starmer said Tory MPs who resigned to spark Johnson’s departure were “complicit” in his “lies, scandal and fraud on an industrial scale”.

The outgoing PM repeatedly rejected calls for a general election when quizzed by the parliamentary liaison committee on Wednesday, but Starmer insisted “change at the top” was needed.

He added: “It is good news for the country that Boris Johnson has resigned as Prime Minister.

“But it should have happened long ago. He was always unfit for office. He has been responsible for lies, scandal and fraud on an industrial scale.

“The Tory party have inflicted chaos upon the country during the worst cost-of-living crisis in decades. And they cannot now pretend they are the ones to sort it out.

“Enough is enough. We don’t need to change the Tory at the top – we need a proper change of government. We need a fresh start for Britain.”

However, criticism of Johnson has not only come from the opposition. Several members of his own party have aired their own disapproval of his decision to stay on until the autumn.

Business and energy secretary Kwasi Kwarteng described the situation as a “depressing state of affairs,” adding: “Westminster is a mess.”

In his resignation letter, the minister for science, research and innovation, George Freeman, demanded his departure immediately.

He wrote: “Boris Johnson needs to hand in the seals of office, apologise to her majesty and advise her to call for a caretaker Prime Minister. To take over today so that Ministers can get back to work and we can choose a new Conservative Leader to try and repair the damage and rebuild trust.”

And Baroness Ruth Davidson, given a Lords peerage by Johnson, branded his plans to remain in the role for the next few months “nonsense”.

And that sentiment was echoed by the SNP’s Westminster leader, Ian Blackford.

Buckingham Palace declined to comment on whether the Queen has had any communication with Boris Johnson on Thursday morning.

The Queen is at Windsor Castle and the Court Circular recorded that she held her weekly audience by telephone with Mr Johnson on Wednesday evening.