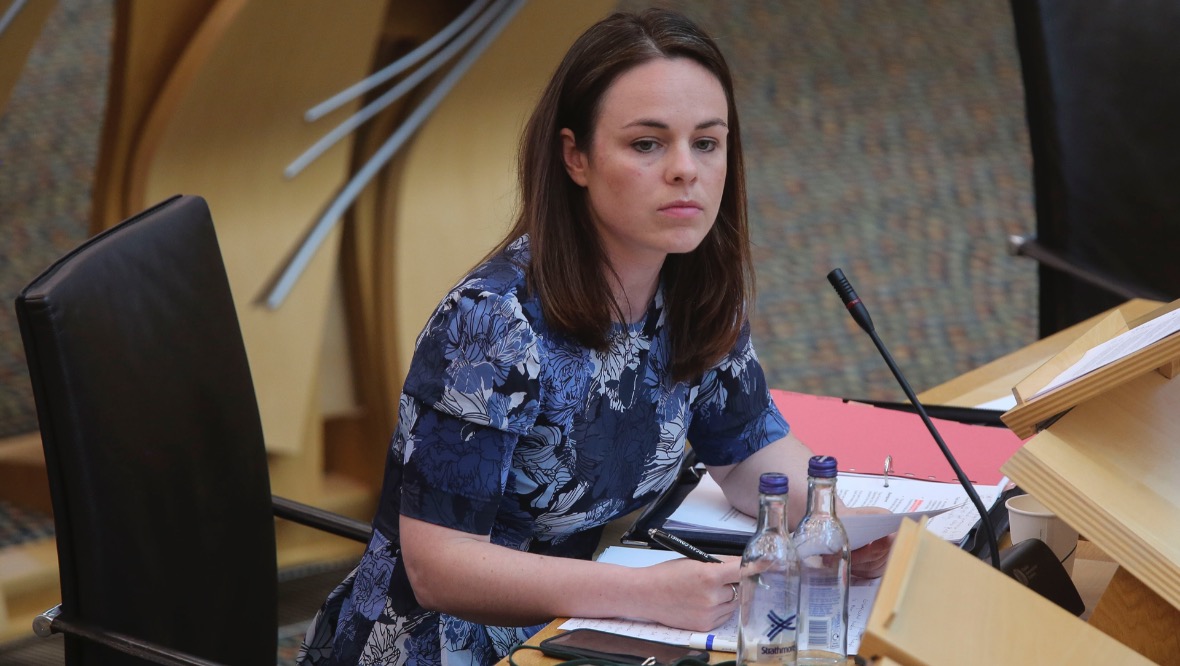 The starter, basic and higher bands of tax will all rise by inflation, with the top rate frozen at £150,000.

“This will see all Scottish taxpayers pay slightly less income tax next year than they will this year based on their current income,” she said.

“In addition to this, a majority will continue to pay less income tax than if they lived in other parts of the UK.”

Forbes also said there will not be a public sector pay freeze similar to that imposed by the UK Government.

Instead, there will be a three percent increase for public sector workers on salaries up to £25,000 with a £750 cap.

Those on higher salaries in the public sector will see salaries increase one percent increase, capped at £800.

Councils will see an increase in funding, with discretionary funding doubling to £60m, and a further £200m to compensate councils for a loss of income due to the pandemic.

Forbes said the pandemic had “shaken our society and economy to their core”.

“Today’s Budget will help to bring much-needed support and stability, to ensure our economy recovers and we protect those who have been hit the hardest.”

Describing Brexit as a “wrecking ball”, the Finance Secretary said: “Today’s Budget will help to bring much-needed support and stability, to ensure our economy recovers and we protect those who have been hit the hardest.

“Throughout these dark times, we have never given up hope.

“Hope for a better future, for a healthier, greener, fairer society. And now with large-scale vaccination, focused firstly on the most vulnerable, there is some light at the end of the tunnel.

“This budget seeks to build on that hope and by focusing on how we continue to protect, recover, rebuild and renew our country it seeks to make that light at the end of the tunnel shine that bit brighter.”

Spending on Scotland’s health service will be more than £800m more than the core budget in the coming year.

More than £16bn will be spent in total, including £869m to support the ongoing response to coronavirus.

A total of £145.3m has been allocated for alcohol and drugs, fulfilling First Minister Nicola Sturgeon’s pledge of £50m per year for five years to tackle the drug deaths crisis.

Forbes also announced that mental health funding would exceed £1.1bn to cope with the effects of coronavirus.

He said: “The mental health budget falls short of the funds it needs, especially following the massive impact on our mental health from the pandemic.

“We had called for £1.2bn and that was before the pandemic. This budget falls £100m short.”

Labour also pressed the Scottish Government to increase pay for care workers to £15 a hour, with Baillie urging: “Surely they deserve more than the living wage, surely they finally deserve to be properly valued and recognised by society?”

“There is no value here, and it’s an insulting response from the Scottish Government to the ongoing struggles of our key workers in this pandemic.”

Drew Duffy, the Scotland senior organiser for trade union GMB said the public sector pay announcement in the budget would be met with “fury among the lowest paid in Scotland’s public sector”.

He said: “Kate Forbes was among the many politicians applauding our frontline heroes, now she is saying ‘thank you’ with a rise that won’t amount to more than a tenner a week for most.

“There is no value here, and it’s an insulting response from the Scottish Government to the ongoing struggles of our key workers in this pandemic.”

Meanwhile, Scottish Greens co-leader Patrick Harvie insisted the plans do not provide for the “green recovery” needed from the pandemic.

He said: “Even before Covid, Scotland was on track to miss targets on child poverty and climate emissions. This budget simply doesn’t address that, and refuses to consider progressive taxation.

“This is the year a new American president will come to the climate summit in Glasgow with ambitious plans to invest in a low-carbon future and create jobs. Scotland needs to at least match that level of ambition if we want to be taken seriously.”