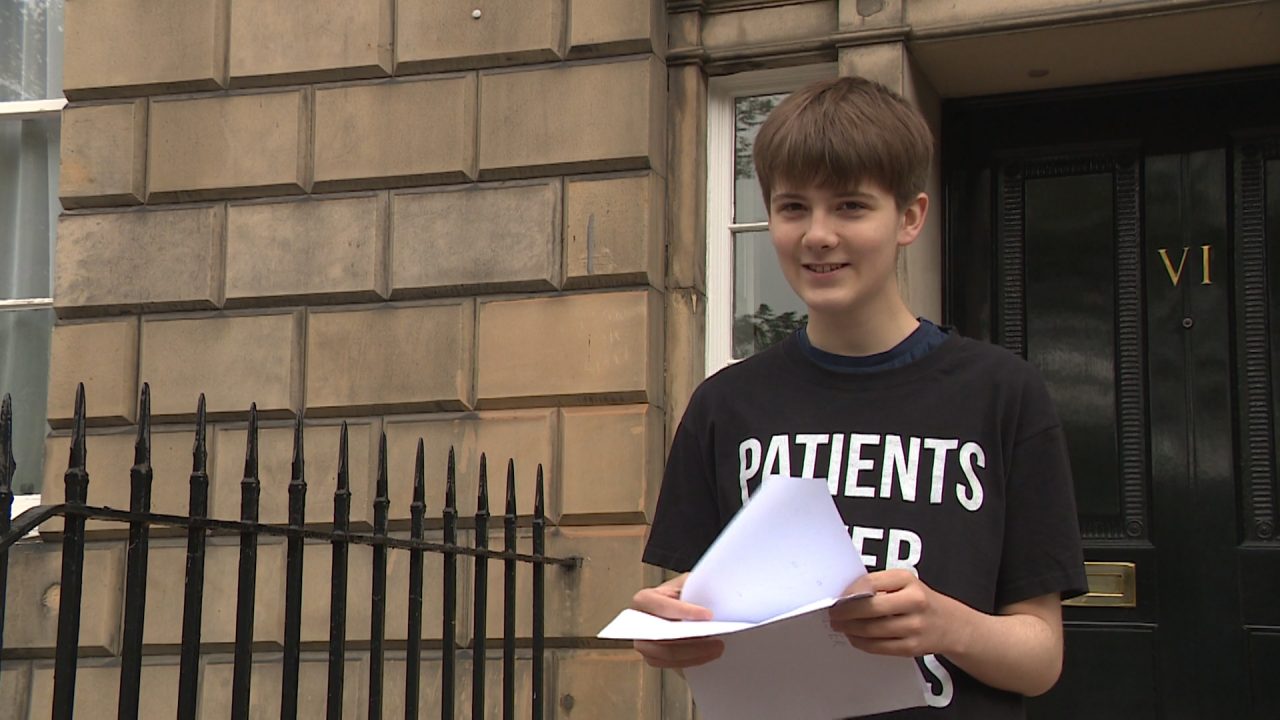 A 13-year-old boy has written to Nicola Sturgeon in a plea for funding to help support his younger brother who suffers from severe epilepsy.

In a letter, Dean Gray made a personal plea to the First Minister to help secure an NHS prescription for medical cannabis which helps to keep his eight-year-old brother Murray safe.

Murray, who used to suffer hundreds of different seizures a day, has been seizure free for over two years since starting medical cannabis.

The drug was legalised for medical use in the UK in November 2018, allowing doctors to prescribe it in certain situations.

However, concerns have been raised over the low number of NHS prescriptions for medical cannabis that have been approved, with families having to pay privately for the medicine at a cost of up to £2000 per month.

Dean, who will stand outside of the First Minister’s Bute House residence on Wednesday morning, said that he does not think it is fair that his parents should have to pay for the costs of the medicine.

He wrote: “Dear First Minister, My name is Dean Gray. I am 13 years old and I live in Edinburgh. I am writing to you about my little brother Murray. He is eight years old. He used to have really bad seizures.

“I hardly spent any time with my mum two years ago as she was always in hospital with my little brother. This took a toll on me personally as I didn’t fully understand what was going on and felt anxious for my brother.

“He has not had a seizure now in two years because my mum got him cannabis oils. This means I get to spend more time with my mum and my brother, which I love to do.

“She is having to pay £1300 every month for this medicine. I don’t think it’s fair that my mum and dad have to pay this. Please can you do something to help us. Thank you, Dean Gray.”

The letter from Dean coincides with the three year anniversary of the decision in June 2018 when then UK home secretary Sajid Javid granted Alfie Dingley the first individual long term licence to use medical cannabis in the UK.

In marking the occasion, Alfie’s mother Hannah has also written to Prime Minister Boris Johnson urging him to intervene.

Peter Carroll, director of End Our Pain, said: “This situation is bizarre and cruel. The UK Government legalised a medicine, but hardly anyone can it.

“Surely it can’t be beyond the wit and capability of one of the largest health services in the world to sort this out.

“The families denied NHS prescriptions are being forced to fund raise to be able to pay privately. This added worry and pressure has pushed these families to breaking point emotionally and financially.

“We fully support Dean’s direct appeal to the First Minister. We urge her to intervene.”

A Scottish Government spokesman said: “We have enormous sympathy for Murray Gray, his brother Dean and all of the family and we appreciate the very difficult situation any family will face in these circumstances.

“We will reply privately to the letter once received.

“However, the decision on whether to prescribe any medicine for a patient, and which medicine to prescribe, is entirely one for clinicians to make – it would be inappropriate for Scottish Ministers to make or influence prescribing decisions.

“Any NHS prescription that is made in line with the regulations on the use of medicinal cannabis prescribing, as set by the UK Government, will be fulfilled by the NHS.