Lord Geidt resigned as the independent adviser on ministers' interests.

Boris Johnson’s former ethics adviser said he resigned from his role having been put in an “impossible and odious” position over the ministerial code.

Lord Geidt tendered his resignation as the independent adviser on ministers’ interests on Wednesday.

Under questioning from MPs earlier this week, he declined to deny that he had ever considered resigning over the Prime Minister’s response to being fined for breaking his own lockdown rules.

And he admitted to Westminster’s Public Administration and Constitutional Affairs Committee that he had felt “frustration” amid the partygate scandal.

The resignation letter sent to the Prime Minister by Lord Geidt was released on Thursday.

In it, the former ethics adviser tells Johnson that the idea a Prime Minister might deliberately breach the ministerial code is an “affront”.

And stated that he would be quitting with immediate effect, in response to the intentions of the Government.

“I was tasked to offer a view about the Government’s intention to consider measures which risk a deliberate and purposeful breach of the Ministerial Code,” he wrote.

“This request has placed me in an impossible and odious position.

“My informal response on Monday was that you and any other ministers should justify openly your vis-a-vis the Code in such circumstances.

“However, the idea that a Prime Minister might to any degree be in the business of deliberately breaching his own Code is an affront.

“A deliberate breach, or even an intention to do so, would be to suspend the provisions of the Code to suit a political end.

“This would make a mockery not only of respect for the Code but licence the suspension of its provisions in governing the conduct of Her Majesty’s ministers. I can have no part in this.”

He concluded: “Because of my obligation as a witness in Parliament, this is the first opportunity I have had to act on the Government’s intentions.

“I therefore resign from this appointment with immediate effect.” 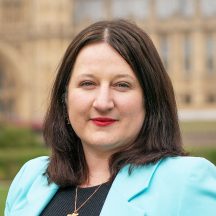 Where does this leave Boris Johnson?

Lord Geidt’s full resignation letter is damning, even if the timing of all this could have been worse for the Prime Minister.

Boris Johnson survived a confidence vote in his leadership last week. Under current rules, he’s safe from challenge for a year.

But some wavering Tory MPs will worry the Prime Minister’s conduct is becoming harder to defend as the days go by.

There were laughs in the commons this morning when paymaster general, Michael Ellis, said the Prime Minister maintains “the highest standards in public life”.

As the Conservative backbencher, William Wragg MP put it: “For the Prime Minister to lose one advisor on ministers’ interests may be regarded as misfortune, but to lose two looks like carelessness.”