Boris Johnson: 'I will be leaving soon with my head held high'

Johnson hinted that he could have made his final PMQs appearance on Wednesday. 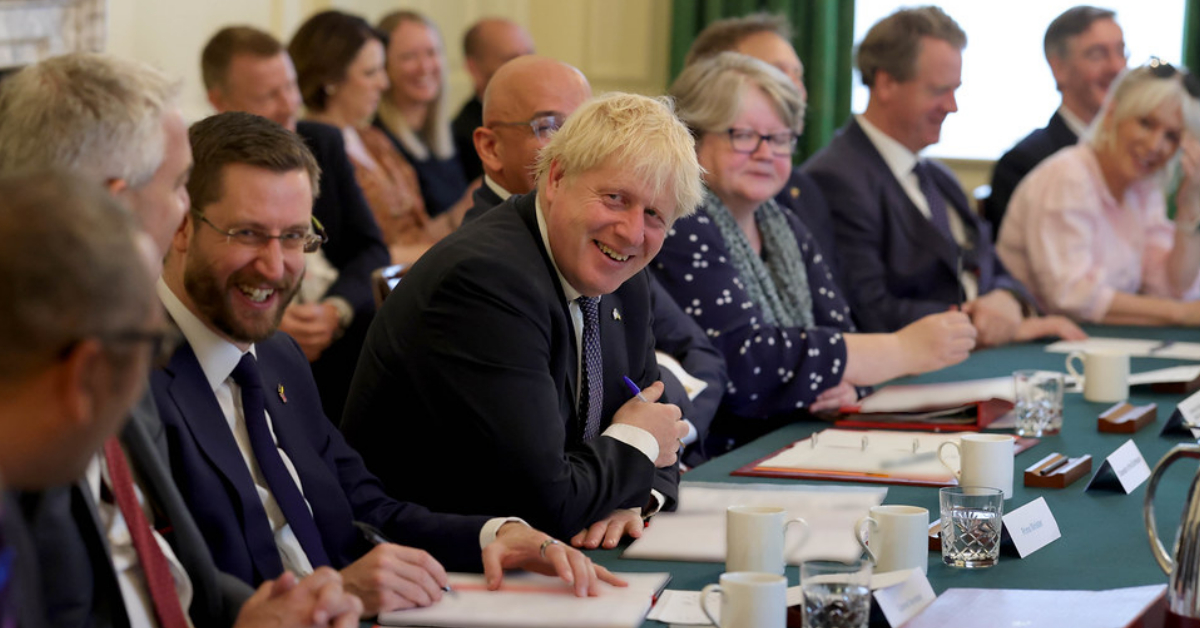 Boris Johnson has insisted that he will be leaving No 10 with his “head held high”, as he defended his record as Prime Minister.

Speaking in the House of Commons, he told MPs that he is proud of his “leadership” in the last three years.

And Johnson also hinted that it would be his last PMQs, despite one further session due to take place next week before the summer recess.

Despite the suggestion by the Prime Minister that he could be set to depart earlier than expected, his press secretary later told journalists that “as things stand, he will still be doing PMQs in his last week”.

The Conservative leadership contest is currently under way, with MPs voting on their chosen candidate to replace Johnson.

As things stand, there are eight contenders to become the party’s new leader,

The influential Conservative backbench 1922 Committee has confirmed that a new prime minister will be announced on September 5.

Responding to Labour leader Keir Starmer, who had taken aim at candidates including Rishi Sunak and Nadhim Zahawi over their tax plans, Johnson defended his time in office.

“I think everybody who’s played a part in the last three years has done a remarkable job in helping this country through a very difficult time,” Johnson told Starmer.

“I just want to say to him really… the next leader of my party may be elected by acclamation so it’s possible this will be our last confrontation over this despatch box, it’s possible.

“So I want to thank him for the style in which he’s conducted himself, I think it would be fair to say he’s been considerably less lethal than many other members of this House.”

Johnson continued: “There’s a reason for that, over three years in spite of every opportunity, he’s never really come up with an idea, a plan or a vision for this country.

“And I can tell you at the end of three years, we got Brexit done, which he voted against 48 times, we delivered the first vaccine in the world and rolled it out faster than any other European country, which would never have been possible if we’d listened to him.

“And we played a decisive role in helping to protect the people of Ukraine from the brutal invasion of Vladimir Putin and helped to save Ukraine.

“And I’m proud to say that we are continuing, and every one of the eight candidates will continue, with the biggest ever programme of infrastructure, skills and technology across this country, to level up in a way that will benefit the constituents of every member of this House.”

He added: “It’s perfectly true that I leave not at a time of my choosing, absolutely true.

“But I am proud of the fantastic teamwork that has been involved in all of those projects both nationally and internationally.

“And I’m also proud of the leadership that I have given and I will be leaving soon with my head held high.”