The PM's spokesman said he has received oxygen treatment but has not yet had to be put on a ventilator. 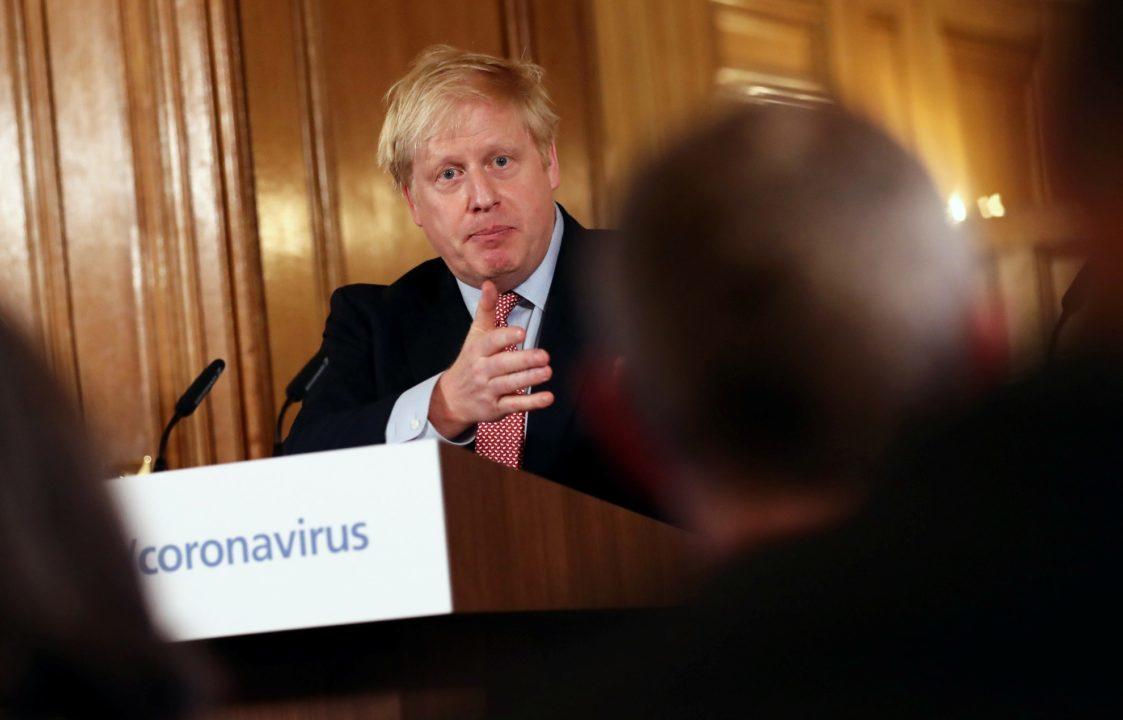 The Prime Minister remains in intensive care with coronavirus but is in a stable condition, according to Number 10.

A spokesman said Boris Johnson has received oxygen treatment but has not yet had to be put on a ventilator.

Doctors at St Thomas’ Hospital in London have also so far not diagnosed him with pneumonia – one of the most dangerous effects of the Covid-19 disease.

Johnson, 55, was admitted to the NHS hospital on Sunday with “persistent” coronavirus symptoms ten days after he was first diagnosed.

On Monday evening, he was moved into intensive care.

The PM’s spokesman said: “The Prime Minister has been stable overnight and remains in good spirits.

“He is receiving standard oxygen treatment and breathing without any other assistance.

“He has not required mechanical ventilation or non-invasive respiratory support.”

Foreign secretary Dominic Raab will “deputise”for the Prime Minister, whose pregnant fiance Carrie Symonds, 32, is recovering from coronavirus symptoms herself.

The No 10 spokesman explained: “(Under the) established order of precedence, the Prime Minister has appointed the foreign secretary as his first Secretary of State.

“In line with the order of precedence, the Chancellor (Rishi Sunak) would follow from the Foreign Secretary.”

Asked about reports of Mr Raab seen coughing on Tuesday morning, the spokesman added: “The Foreign Secretary is fine.”

First Minister Nicola Sturgeon joined other UK and world leaders in sending their best wishes to the PM and wishing him a speedy recovery.

Speaking at the Scottish Government’s daily press briefing on Tuesday, Sturgeon said: “I’m sure I do this on behalf of all of Scotland, I want to send every good wish to him, to his fiancee and to his whole family.

Senior cabinet minister Michael Gove, who is also now in self-isolation after a family member tested positive for the virus, said the work of government will continue.

Speaking to the BBC on Tuesday, he said: “We’re all working together to implement the plan the Prime Minister set out in order to try to ensure that we can marshal all the resources of government, indeed all the resources of our country, in the fight against this invisible enemy.

“The work of government goes on.

“We have a superb civil service and they have ensured that the machinery is there for decisions to be made by ministers, by medical and scientific experts, and for those decisions to be followed through in a way which enables us to help those at the front line.”