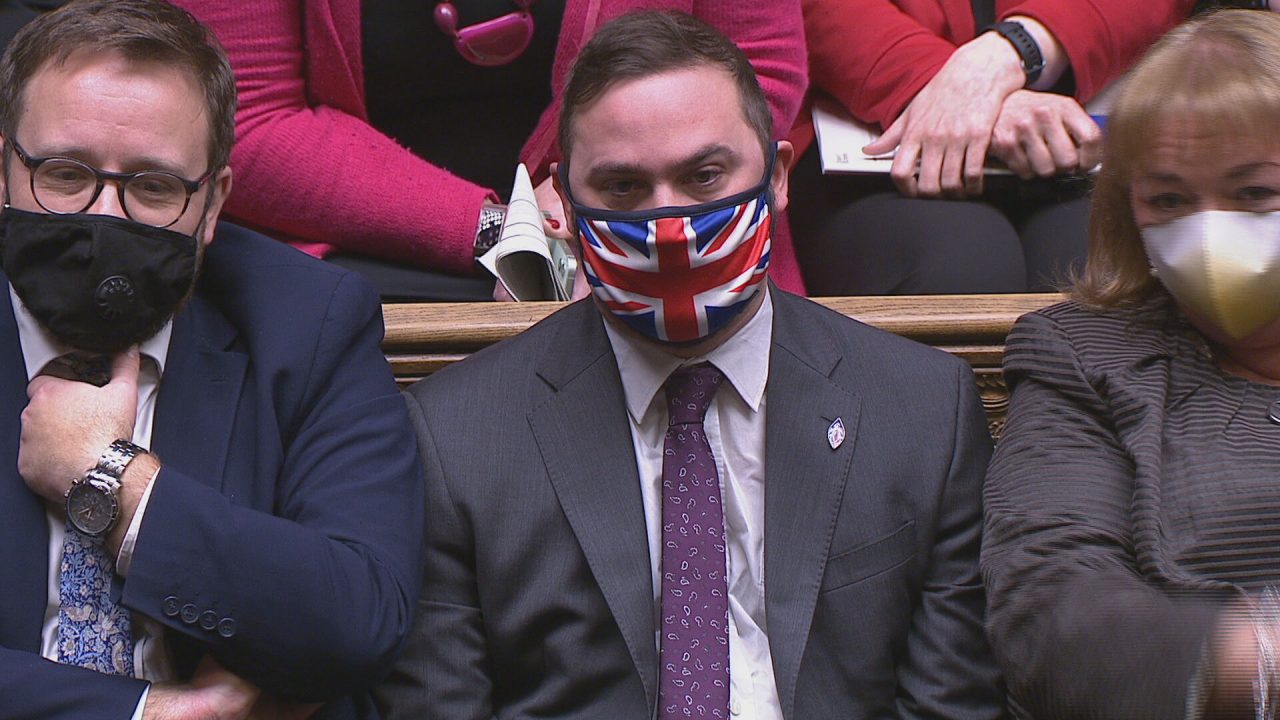 Boris Johnson was hit by the defection of a Conservative MP to Labour just moments before he faced further calls to resign in the House of Commons.

He announced the move just moments before the session got under way in a bid to cause maximum damage to Johnson, who is facing calls to resign over a number of social events held in Downing Street during lockdown.

Wakeford said the country needs a government that “upholds the highest standards of integrity and probity” but told Johnson “both you and the Conservative Party as a whole have shown themselves incapable of offering the leadership and government this country deserves”.

The Red Wall refers to a term of constituencies in the Midlands, northern England and north-east Wales that historically tended to support Labour.

Wakeford won Bury South, which had elected a Labour MP at every election since 1997, in 2019.

He announced his decision in the Bury Times and sent a letter to Johnson explaining why he had lost patience with his leadership.

Wakeford said: “I care passionately about the people of Bury South and I have concluded that the policies of the Conservative government that you lead are doing nothing to help the people of my constituency and indeed are only making the struggles they face on a daily basis worse.

“Britain needs a government focused on tackling the cost of living crisis and providing a path out of the pandemic that protects living standards and defends the security of all.

“It needs a government that upholds the highest standards of integrity and probity in public life and sadly both you and the Conservative Party as a whole have shown themselves incapable of offering the leadership and government this country deserves.”

Wakeford, who had been one of seven Tory MPs to publicly call for Johnson to quit, was cheered by Labour MPs as he arrived in the House of Commons and sat behind Labour leader Sir Keir Starmer for Wednesday’s showdown.

Starmer said: “I would like to welcome Christian Wakeford to the Labour Party. He has always put the people of Bury South first.”

He added: “People across Britain face a cost-of-living crisis but this incompetent Tory government is asleep at the wheel, distracted by a chaos of its own making.

“Meanwhile families, businesses and pensioners are suffering from the Conservative failure to tackle rising food, fuel and energy prices.”

The Prime Minister responded by telling Sir Keir: “The Conservative Party won Bury South for the first time in a generation under this Prime Minister on an agenda of uniting and levelling up and delivering for the people of Bury South.

“We will win again in Bury South.”

Culture secretary Nadine Dorries said Wakeford “has yet to realise that the Union Jack mask he is wearing to cross the floor to Labour, is not welcome on that side of the house”.

And Labour’s youth wing did not echo Sir Keir’s welcome for Wakeford.

A statement on Young Labour’s Twitter account said: “Christian Wakeford MP should not be admitted to the Labour Party.

“He has consistently voted against the interests of working-class people; for the £20 universal credit cut, for the Nationality and Borders Bill and for the Police and Crime Bill. Young Labour does not welcome him.”