The SNP's Westminster leader was pressed on whether Patrick Grady should be considering his position. 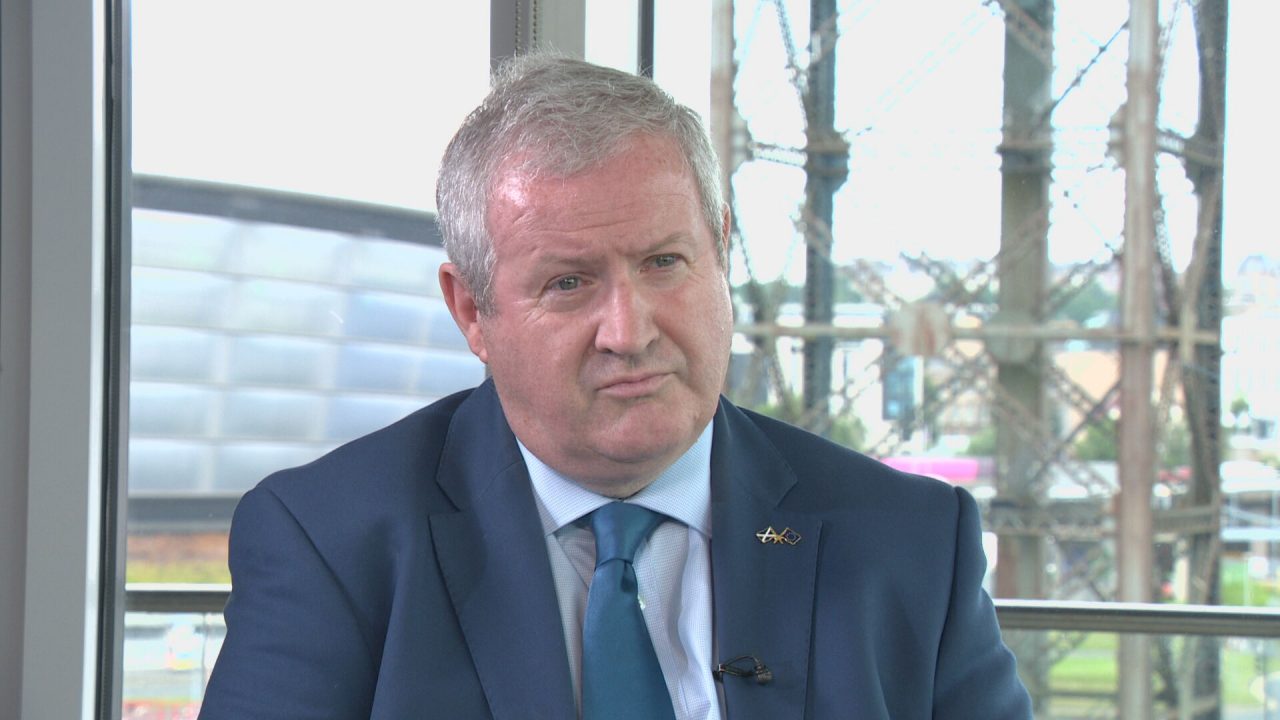 Ian Blackford has been pressed over the future of SNP MP Patrick Grady who was suspended after being found guilty of sexual misconduct.

The SNP Westminster leader spoke to STV News on Thursday – the first time he has addressed the issue with the media since an audio recording where he urged MPs to support Grady was leaked.

Grady was suspended from Parliament having been found to have made an unwanted sexual advance towards a 19-year-old party staffer in 2016.

Blackford faced calls to resign after a leaked audio recording of a meeting of the SNP’s Westminster group where he could be heard telling MPs that Grady would need their “full support”.

He told STV News that there “has to be due process”, after Grady was handed a two-day suspension.

“The simple fact of the matter is that under the process, Patrick Grady was found guilty of inappropriate behaviour and he was suspended from Parliament for two days,” he said.

Asked whether it is permissible for a sex-pest to be a member of Parliament, he said: “Patrick Grady was found guilty and has led to a suspension of him from Parliament for two days.”

He added: “There has to be due process in all of this and Patrick Grady was found guilty under that process and was dealt with and suspended from Parliament.”

Blackford was asked why he does not kick Grady out of the party.

He responded: “Well, because, at the end of the day, discipline within the SNP happens through a number of ways.

“And the decision that was taken on a proportionate basis given a two-day suspension by Parliament that Patrick Grady would be suspended for a week.

“Now, it’s up for Patrick Grady to reflect on his behaviour and where he goes from that.”

Blackford was asked what he did wrong in the handling of the complaints process.

“I am not suggesting that I did anything wrong in that process,” he said.

“I am the leader of the SNP and I have responsibility to staff. Of Course I don’t take any part in the disciplinary process, in the independent process that takes place.

“But I have a duty to make sure that any complainer, in this case, in all cases, is fully supported.

“I believe that I’ve done that, but I will of course as SNP Westminster leader see what learnings have to come out of this.”

Speaking at First Minister’s Questions earlier on Thursday, Nicola Sturgeon stated that from what she had heard, the recording suggested more concern was shown for the perpetrator than the victim.

And the SNP leader said that it was “utterly unacceptable”, as she said that she would be making an apology to the complainant in person.