Blackford: Government in a panic over support for independence

SNP's Westminster leader urged members to come together and focus on pushing to leave the UK. 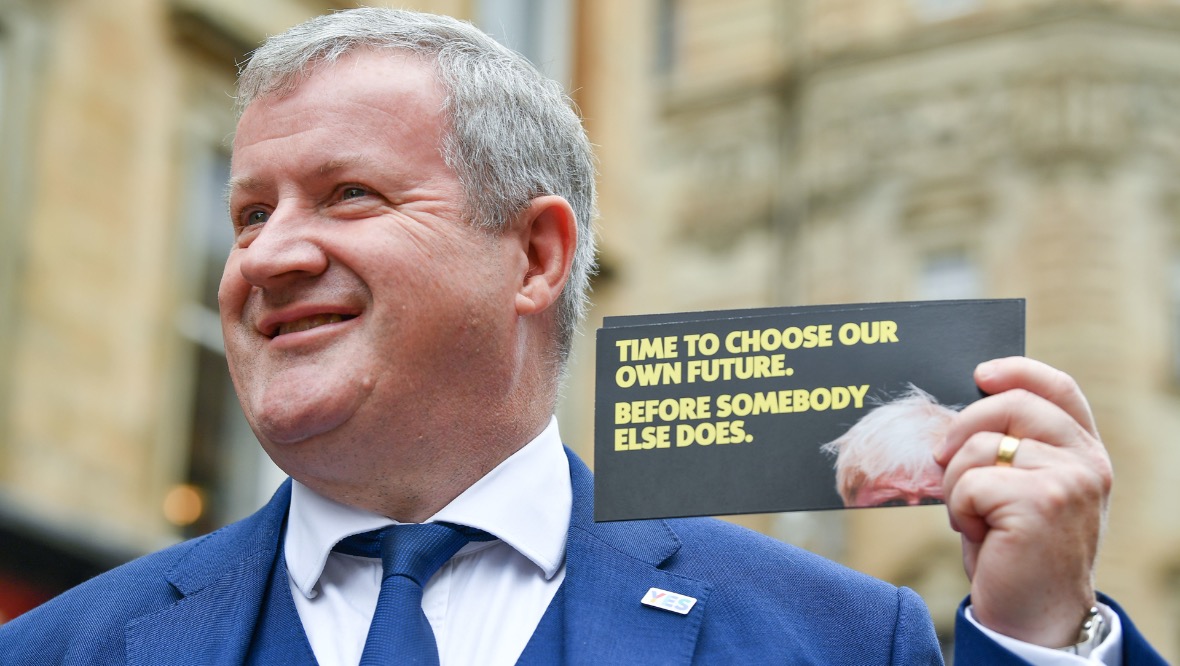 The UK Government is in a “panic” over recent support for Scottish independence, the SNP’s Westminster leader has said.

Ian Blackford told party faithful to “keep the faith” at the annual conference – this year being held virtually because of the Covid-19 pandemic – urging members to come together and focus on pushing to leave the UK.

Blackford compared the record of Westminster in the past 20 years, citing the Iraq War, Brexit and the bedroom tax, with the history of the Scottish Parliament, with free prescriptions, tuition fees and the upcoming Scottish Child Payment raised as examples of Scotland being a “fairer and more equal place to live”.

In recent months, polls shifted to show support for independence, with survey results rising as high as 58% when undecided voters are removed, according to an Ipsos Mori poll for STV in October.

“That diverging tale of two parliaments has led to an inevitable conclusion – poll after poll shows that a settled majority now believes that all decisions and all powers should now be trusted to the people of Scotland,” he said in an address from his home in Skye.

“That is why the Tories are in a panic, they are unwilling to accept the truth that a majority of Scotland’s people now want an independent future.

“Instead of listening to the will of the Scottish people, the Tories are attempting to deny democracy and destroy devolution.”

Blackford insisted that no prime minister or UK government will be able to force Scotland to stay in the union “against our will”.

He added: “Denying democracy is a political position that can’t and won’t hold.

“It’s a position that will crumble under the weight of votes in next year’s Scottish election.”

The Westminster leader also issued a call for unity and focus among party members, the day after one of his MPs questioned the handling of internal debates within the party.

In an interview with the Times on Saturday, Joanna Cherry called for an end to the “cult of leader” within the SNP and pushed for a more “collegiate” approach to policy decisions.

Blackford said: “We have all come a long way – and we are now within touching distance of independence. But just as we have travelled all this way together – we can only complete this journey together.

“My message to all of us is this: Keep heart, keep the heid and keep the faith. A new Scotland – fairer, greener and European – is now ours to win.”