The House of Commons was at full capacity for the first time since March 2020 as MPs debated the trouble in Afghanistan. 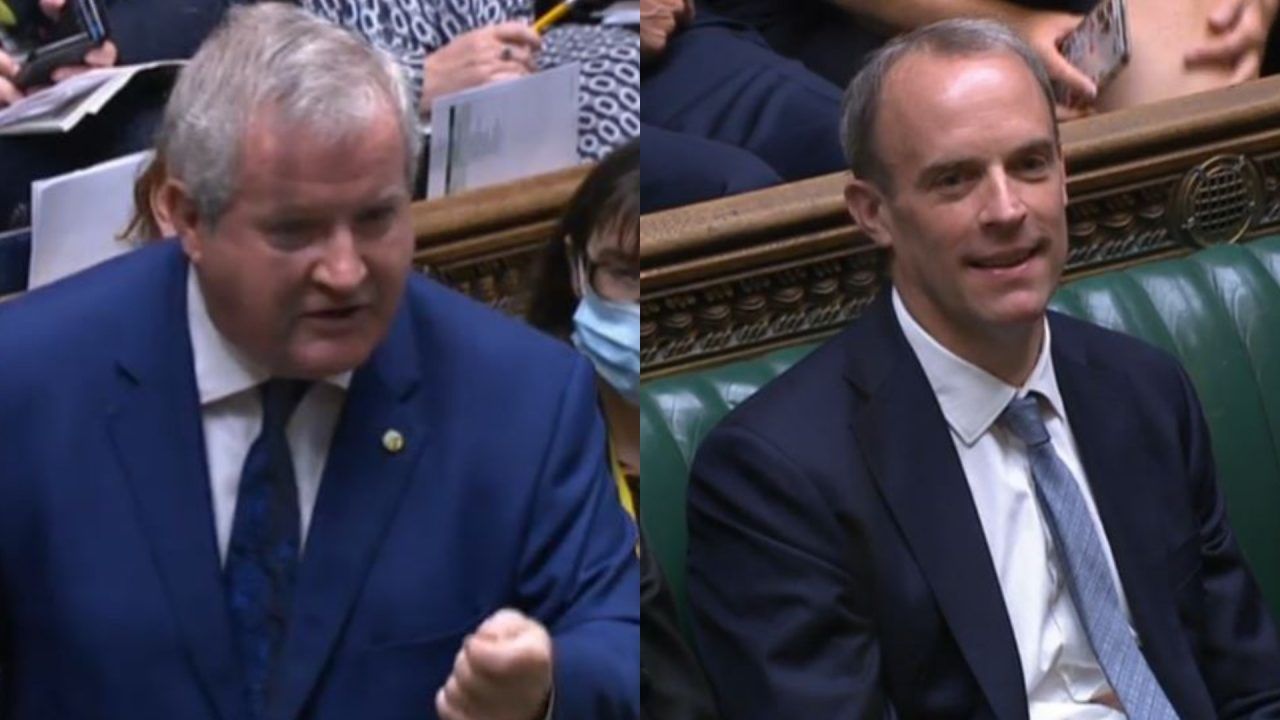 The House of Commons was at full capacity for the first time since March 2020 after Westminster was recalled to discuss the issue on Wednesday.

Blackford took aim at Raab as he accused him of “laughing”, and said that he had “no dignity whatsoever”.

The SNP’s Westminster leader had called for the UK Government to commit to welcoming 35,000 to 40,000 Afghan refugees – after home secretary Priti Patel announced it would take up to 20,000 refugees.

Hitting out at heckling from the opposition during his speech, Blackford told MPs: “We’re talking about people that are facing extreme risk and that’s what we get from the government benches.

“And they should really be careful that people in the United Kingdom are listening to this, and perhaps in Afghanistan, and perhaps a bit of dignity from the opposition benches wouldn’t go remiss.

“Let me tell the government benches that I want to make sure that every local authority in Scotland has the opportunity to take refugees from Afghanistan and that is precisely the position of the government in Scotland.

“But it has to come with the government in London and the devolved administrations working together, there has to be a summit of the four nations to discuss exactly how this will work.”

Blackford highlighted the cut to foreign aid as he criticised Raab.

Responding to heckling from the government front bench, he said: “Do I not listen? Do I not listen? I think I’m afraid the person that’s not listening, and maybe he’s still on holiday, is the foreign secretary.

“Because you (Raab) haven’t taken the spending back to the level where it was… no, you’re not doubling it.”

He continued: “You’ve taken spending to below where it previously was, and if you can’t accept that, then I’m afraid the foreign secretary can’t even count.”

Taking aim at Raab once again, he said: “I know he’s trying to wind me up… when the rest of us were doing what we can over the last few days, the foreign secretary was lying on a sunbed so I’m not going to take any lectures from someone like him.

An SNP MP could then be heard remarking, “what an arse” in reference to Raab.