Bars and restaurants could be closed ‘if standards slip’

The First Minister said failing to follow guidelines could lead to outbreaks of coronavirus. 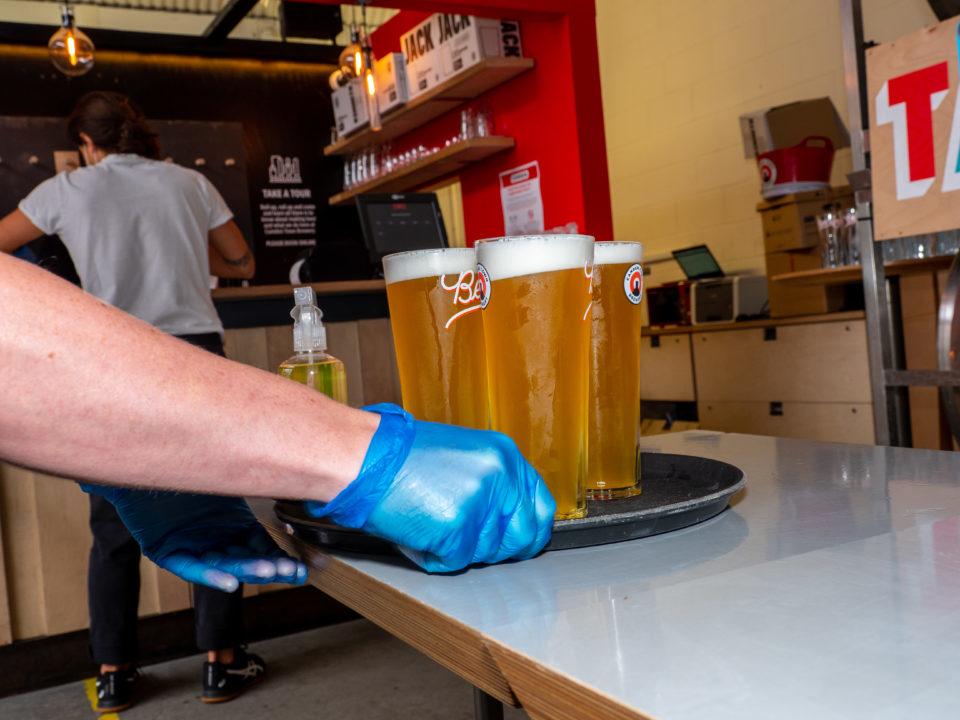 Hospitality venues could be closed down if “slipping standards” on Covid-19 measures lead to outbreaks of the virus, the First Minister says.

She made the warning as she announced another four positive cases in Scotland, bringing the total over the course of the pandemic to 18,558.

No deaths have been recorded in the last 24 hours, meaning the total number of fatalities including presumed Covid deaths remains at 4193.

But Nicola Sturgeon said is likely to adopt a “very cautious approach” to easing lockdown when it reviews the measures on Thursday.

She warned there is a “worrying resurgence” of Covid cases globally and stressed the hospitality sector in Scotland must ensure it is adhering to guidelines put in place.

While most businesses are following the rules, including mandating face coverings for staff, maintaining cleanliness and collecting contact details from customers, she said she had heard anecdotally that some have not.

A further document has been distributed to venues to ensure they are fully aware of their responsibilities.

Sturgeon said: “If we do start to see outbreaks linked to the hospitality sector, we would need to take action and that could include closing premises down again.

“Nobody wants to see that happen.”

The First Minister added the standards “must become the norm” and “you cannot allow standards to slip”.

Sturgeon advised customers who are aware that venues are not following social distancing regulations to go elsewhere.

The FM said the first port of call for people suffering non-coronavirus symptoms will be their community pharmacist.

While the minor ailment service was only available to certain groups of people, Sturgeon said the new initiative will be available to all Scots.

Addressing her visit on Monday to the NHS Louisa Jordan in Glasgow, which was set-up originally to treat Covid-19 patients, the First Minister said the site would be kept open until winter in case of a second wave of coronavirus.

The number of people being seen there as part of the pilot will now be expanded, Sturgeon said, offering a range of services including orthopaedic, plastic surgery, X-rays and other diagnostics.

Appearing alongside the FM, education secretary John Swinney spoke ahead of the final decision later this week on reopening schools.

Swinney said “we should be confident” schools will be able to reopen on August 11.