Heath secretary Humza Yousaf said the move could 'endanger public health' as the fight against Covid goes on. 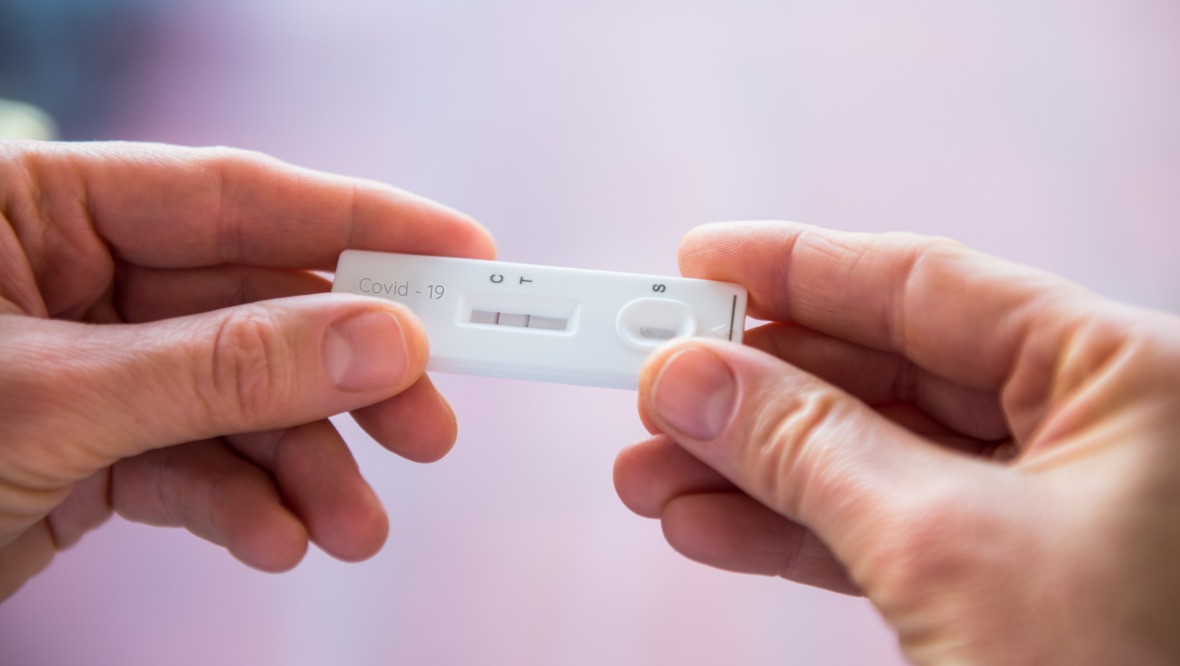 The withdrawal of universal free lateral flow tests would be “utterly reckless” and could “endanger public health” as the Covid pandemic rages on, according to Humza Yousaf.

Scotland’s health secretary spoke out amid reports that their universal availability could be axed and instead limited to high-risk settings and for people with symptoms.

The Sunday Times reported that Prime Minister Boris Johnson is set to make the announcement on scaling back the rapid tests within weeks, while the NHS Test and Trace system could also be diminished.

However, the UK’s education secretary has dismissed the report, claiming there are no plans to scrap the free tests for all.

Speaking to STV News on Sunday, Yousaf said: “Any withdrawal of the universal offer for lateral flow devices by the UK Government would be utterly reckless.

“So, I would urge the UK Government, and I will do this formally of course, I would urge them to not take that course of action and to seriously consider continuing with the universal offer, which we know can help us in the fight against this virus.”

The Cabinet minister said he was “puzzled” by the report.

He told Sky’s Trevor Phillips on Sunday: “I saw that story this morning, which I was slightly puzzled by because I don’t recognise it at all.

“This is absolutely not where we are at.

“For January alone we’ve got 425 million lateral flow tests coming in and they will continue to be available for free.

“I don’t really recognise where that story is coming from.”

Asked whether there are plans to stop lateral flow tests being free, he stated: “Absolutely not.”

In response to the Sunday Times article, First Minister Nicola Sturgeon warned that the move would be “utterly wrongheaded”, while Labour said it would be the “wrong decision at the wrong time” while cases are so high due to the Omicron variant.

Lateral flow tests have been seen as a key way of suppressing the virus and have given confidence to people to safely mix with loved ones, particularly during the festive period.

However, the Sunday Times report suggested there are concerns in Whitehall over their cost.

“And testing is such a key important tool in that fight, as are vaccines for example.

“And so we’re going to have to continue to spend money on testing, particularly as we are still in the midst of that pandemic.

“So, I would really urge the UK Government to come out very clearly and categorically and say that they will not be withdrawing the universal offer for testing, particularly at this time.”