Robertson hits back at opposition parties after suspension of SNP MP

Patrick Grady was found to have made an unwanted sexual advance towards a 19-year-old SNP staffer. 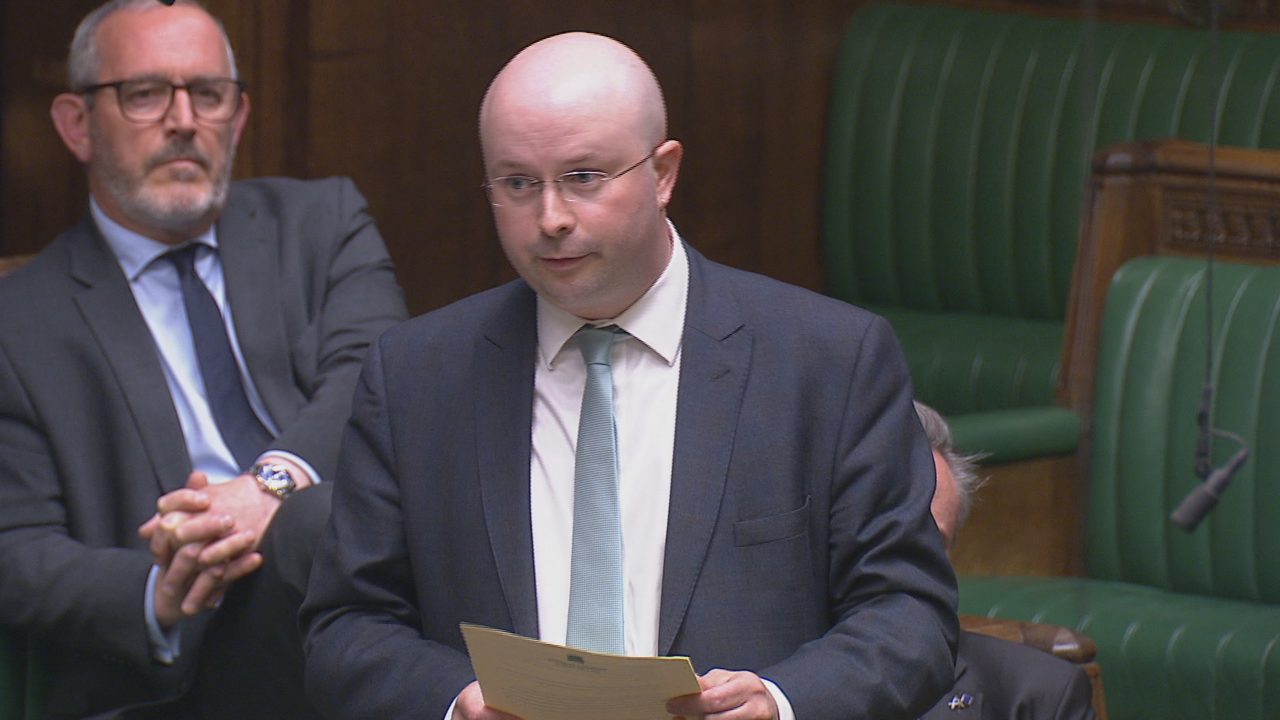 Angus Robertson has accused opposition political parties of trying to “escalate” the suspension of Patrick Grady over sexual misconduct into a “career-ending situation”.

It comes after SNP MP Grady was suspended from Parliament for two days after being found to have made an unwanted sexual advance towards a 19-year-old staffer at a social event in 2016.

The individual said their life had been made a “living hell” since making the complaint against Grady.

A leaked audio recording of the party’s Westminster leader Ian Blackford directing MPs to give their “absolute full support” to Grady has also raised criticism of the party over its handling of the issue.

But Robertson hit back at opposition parties, as he accused them of “throwing bricks while sitting in glass houses”.

Speaking to STV News, the SNP MSP suggested they are attempting to escalate the situation.

“The first thing when discussing issues of inappropriate behaviour by anybody in any work environment is to express sympathy and support for the person that has been subject to that,” he said.

“My understanding is that pastoral support has been offered and I would hope that anybody in that circumstance takes that.

“But secondly, the issue at hand is one that has been investigated by a neutral watchdog and has come to the conclusion that the person in question, the MP in question, should be suspended for two days.

“What other political parties are trying to do is escalate this into a career-ending situation.”

Robertson said that a two-day suspension should not mean the “immolation” of a person’s career.

“It’s not for a political party to stand as judge and jury in a situation like this. There was an independent watchdog, it assessed the situation,” he said.

“If you’re going to have neutral, independent watchdogs who are responsible for looking at situations like this, when they recommend that somebody apologises, they should, he did.

“And for Ian Blackford to say that if and when somebody has made their apology and taken on board both the criticism, but also taken on board the price which was the two-day suspension, then of course people have to have a future in their careers, in their jobs.

“That is not the same thing as saying that one does not have sympathy for people who have been subject to inappropriate behaviour.

“But one has to see things in the context that they actually find themselves in.”

The SNP MSP insisted that context is needed, as he said that people have to “have a future”.

“For the criticism to come from other political parties who are throwing bricks while sitting in glass houses, is frankly totally rich,” said Robertson.

“We need context in this. Absolutely, first thoughts are with anybody who has been subject to inappropriate behaviour.

“Secondly, if you are going to have independent processes to look at them and to work out what penalties should be paid, then one should respect those and that’s exactly what’s happening.

“And Ian Blackford is right to recognise that, but at the same time say when somebody has paid the price that they’ve been told that they have to pay, people have to have a future beyond that.”